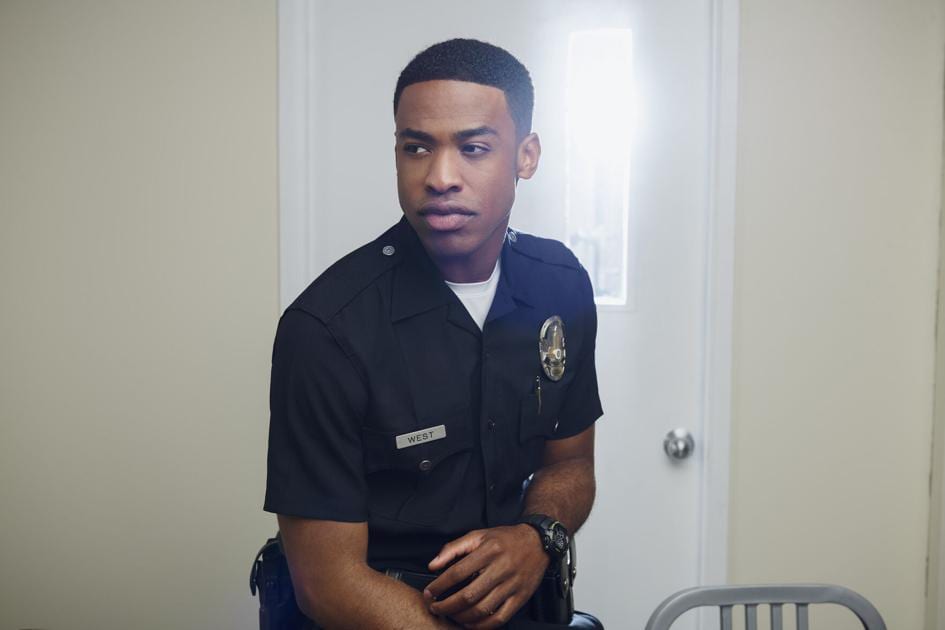 Former Colorado resident Titus Makin Jr. is a star on the rise.

One of the leads of the ABC drama “The Rookie,” which returns for its third season on Sunday, was born in Hawaii but spent his early years in Colorado Springs attending a La Petite Academy preschool while his parents were stationed at Fort Carson.

In a recent phone call, Makin discussed his breakout role in “Glee,” the benefits of growing up in a military family and how “The Rookie” will take on prescient topics like police brutality and the Black Lives Matter movement.

Question: Your interests are diverse. Do you attribute that to the adaptability a young person picks up when they have to move so frequently? And what was it like growing up in a military family?

Answer: That’s funny you say that. Somebody connected that for me in the past, and I was like, “You know what? There might be some validity to that.” Seeing as many cultures as I did, I think it really did play a factor into me kind of broadening my horizons and being as eclectic as I am. I kind of created a mental space with no boundaries.

As far as growing up in a military family, I loved it. Me and my sister were completely fine with it. I never once complained about switching schools or having to leave friends. For whatever reason, it was just all I knew. And my friends, that’s all they knew because you just know people come to school and they might not be there next year. And you get to go try a new city. I kind of just took it as an adventure.

Q: Most people recognize you from your television work, but you actually started out with an interest in singing. How has that shaped your career?

A: I’ve always applied my singing to TV work. I’ve been recording my own personal music. So starting in singing honestly just brought me to the stage, got me comfortable on stage, and it was something that I’ve always used that was a safety net and made the most sense to me. Then acting kind of spawned later. Once I was a senior in high school, I remember trying acting for the first time, and then found a world where they could both work. And that kind of landed me on “Glee,” and it just kind of created the space where I became more comfortable acting and kind of was able to do both.

Q: Your big break came from your role on “Glee.” What was your time working on that show like?

A: It was awesome. By the time I got on the show, I didn’t come in until season two, we already knew that it was a massive hit. I definitely remember being extremely intimidated and terrified, but also knowing that this is what I want to do. It was a great experience and it acted as like a stepping stone for me career-wise. It definitely opened up some doors and I met some great people from it that are still my community to this day.

Q: Who do are you still in contact with from the show?

A: Us Warbler dudes are like a fraternity. Everybody goes to everybody’s wedding and everybody’s supporting each other’s career. It kind of acted like The Mouseketeers for us, to where everybody kind of graduated from The Warblers and have been doing big things. Grant (Gustin), obviously he’s killing it. He’s “The Flash.” We still talk. Darren’s (Criss) obviously killing it. My buddy, Riker (Lynch). And so many of the people that are Warblers legitimately felt like we were in a fraternity, and we still talk and we’re in group chats till this day.

Q: Let’s talk about “The Rookie.” Your character’s evolved quite a bit since the series started.

Q: I understand this season of “The Rookie” addresses police brutality and the Black Lives Matter movement.

A: The great thing about the show is Alexi (Hawley), our showrunner, always wanted it to be an aspirational cop show. The thing that he’s done phenomenally is kind of point to right where we should be with policing. That’s exactly what happened with this season is we’re tackling it all in a way of, ”Look, we’re not ignoring the reality. But we want to show you what should be happening behind the scenes when these things come out.” Police officers policing other police, and people standing up for racial injustice or police brutality. So they’re doing everything in a way that keeps it aspiring. We also color in some lightheartedness, because we’re not trying to be an after school special but we also can’t ignore the reality. It’s been done in a way that will create hopeful conversations that promote change, even within policing and the communities.

Q: Tell me about the cast of “The Rookie.” You work with some pretty accomplished actors. What’s it like behind the scenes? Who do you hang out with? And do you ever talk “Lost” with Harold Perrineau or “Firefly” with Nathan Fillion?

A: It’s actually funny you say that up because I personally am a huge Harold Perrineau fan. Everything that he’s done has just been in somewhat of a legendary position. “Lost” was epic to me, so I fully talk to him about “Lost” quite regularly. We talk about “The Matrix.” We talk about all types of stuff. He’s done so many cool roles. Same thing with Nathan.

And the cast is so close. I couldn’t even name one person that I hang out with more. Quite honestly, we’re kind of a little sorority/fraternity of our own. We’re on a group chat right now that I’m getting alerts for. We’re always just talking and hanging out, so it’s a big family.

Q: What next for you? What do you have coming up?

A: We’re filming as much as we can in the most protected way with COVID. So finishing “The Rookie.” But other than that, my music, I do music under artist name, Butterfly Ali. We have a lot of music coming out in the new year, and we are working on getting it in some projects. So you’ll just be hearing a lot more music, and hopefully be watching the full season of “The Rookie.”