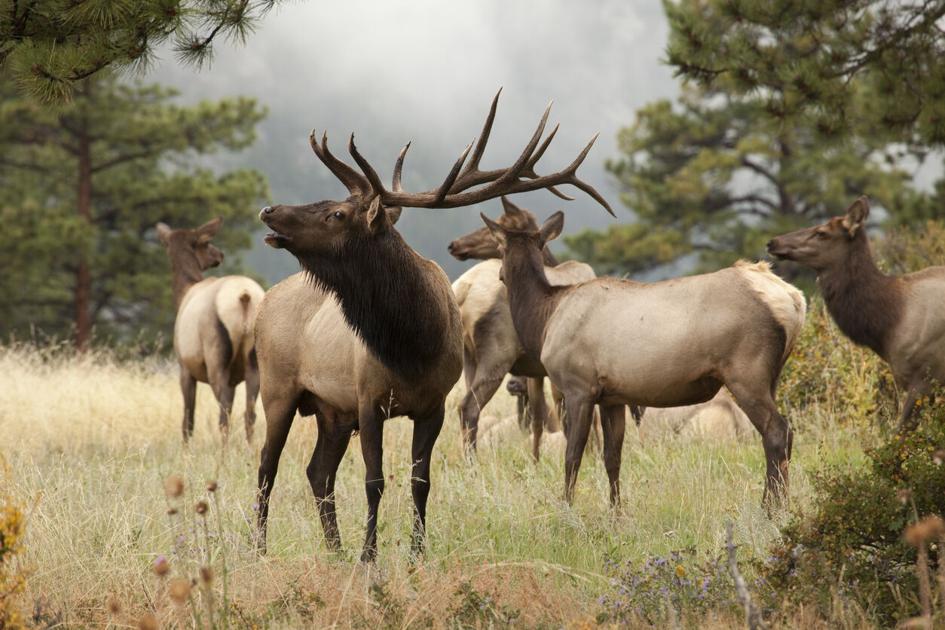 After pleading guilty in a 2019 poaching case, three adults and two juveniles have been ordered to pay restitution for their involvement in illegally killing three elk in western Colorado.

“This case wouldn’t have been possible without the information that was provided by the witnesses in this case,” stated Kevin Duckett, District Wildlife Manager for the western portion of the Uncompahgre Plateau.

The case began on the morning of November 9, 2019, with a tip to wildlife officers that several elk had been shot and abandoned on the Uncompahgre Plateau in Game Management Unit 61.

Wildlife officers responded and discovered two dead elk including a spike bull that had been dragged into the bushes and hidden without being gutted. They also found the gut pile of a third elk that had been shot and taken from the location.

Colorado law requires hunters to prepare all harvested big game animals for human consumption. A mature bull elk can weigh up to 780 pounds and feed a family for months with more than 250 pounds of meat.

Wildlife officers were able to locate all five individuals, including two juveniles, involved in the incident at a nearby campsite where additional evidence was also gathered.

Floyd Kendall, age 68, of Grand Junction, pleaded guilty to willful destruction of big game and waste of wildlife. Kendall was ordered to pay $3,914.35 in fines and court costs plus a $1,000 donation to Operation Game Thief (OGT).

Steven Creech, age 36, of Grand Junction was ordered to pay $5,640.50 in fines and make a $1,000 donation to OGT after pleading guilty to the willful destruction of big game and hunting without a license.

Joseph Kendall, age 37, of Grand Junction pleaded guilty to hunting without a license. He was ordered to pay $371.50 in fines and court costs.

One juvenile faces fines of $205.42 after pleading guilty to the illegal possession of wildlife and shooting from a public road.

A second juvenile was ordered to pay $598 in fines and $500 donation to OGT after pleading guilty to waste of wildlife and shooting from a public road.

Officials say the incident did occur during a legal hunting season. Only two of the five individuals who had fired shots that morning had a valid hunting license.

“There are millions of acres of public hunting lands in Colorado so we count on people to help be our eyes in the field,” added Duckett. “With more than 500,000 legal and ethical hunters in the field each year, we’ve got a great team out there that can help make sure that everyone is following the rules.”

CPW encourages anyone who believes they’ve witnessed a crime against wildlife to contact the Operation Game Thief at 1-877-265-6648 or #OGT on the Verizon network. Information can also be given anonymously and rewards are possible for those giving tips that lead to a citation.