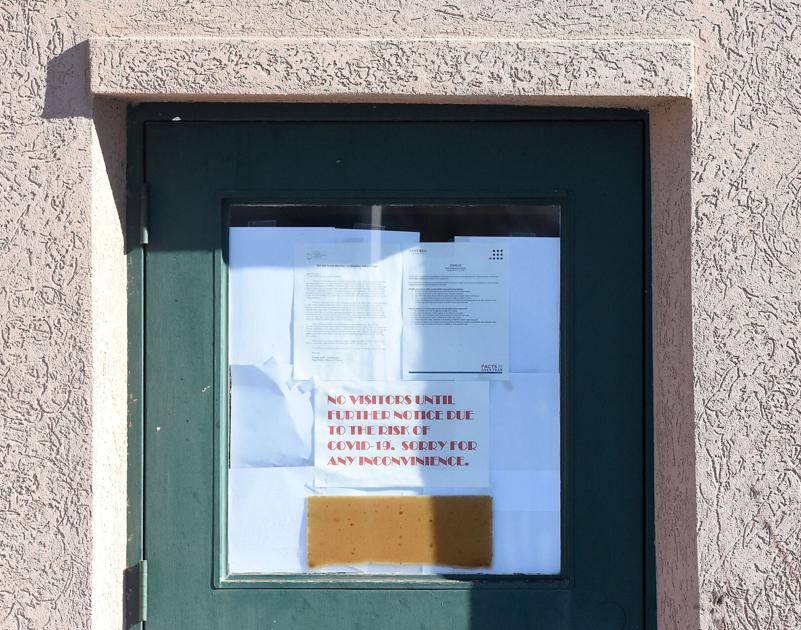 The United States’ first confirmed case of a new, highly transmissible COVID-19 variant  sweeping through the United Kingdom — as well as a second potential case — are members of the Colorado National Guard who were deployed to a nursing home in Simla, state officials said Wednesday.

Both were sent Dec. 23 to aid the Good Samaritan Society nursing home, about an hour outside of Colorado Springs, where 20 out of 24 workers and all 26 residents had contracted the virus, said Dr. Rachel Herlihy, an epidemiologist with the state health department, at a news conference Wednesday.

In all, six National Guard personnel were deployed to the facility to assist with staffing, and so far no additional troops have tested positive. It’s possible that the positive Guardsman contracted the variant in the community, not at the nursing home. There is no evidence that the variant is circulating there, but additional testing is underway, Herlihy said.

The potential case has not yet been confirmed because genome sequencing is still underway, said Dr. Emily Travanty, scientific director of the laboratory services division at the state health department. The work should be completed within the next week, she added.

The variant identified in the new case, known as B.1.1.7, is the same one discovered in Europe this month. It triggered alarm when announced by Britain’s prime minister and caused dozens of countries to ban flights from the United Kingdom, as well as strict lockdown measures in southern England. It appears to be 70% more transmissible than the dominant strain of COVID-19, Colorado officials said last week.

The variant “very likely exists in many states,” Gov. Jared Polis said, particularly in the mid-Atlantic area, where there are high rates of travel to and from the U.K.

California on Wednesday announced the nation’s second confirmed case of the new variant, offering a strong indication that the infection is spreading more widely in the United States. He did not provide any details about the person who was infected.

Meanwhile, all Coloradans 70 and older are now eligible to receive the COVID-19 vaccine, Polis said, as he announced that the state was entering Phase 1B of its vaccination plan.

Many areas of the state are entering that phase, though some are still working on clearing the first phase, which included highest-risk health care workers as well as long-term care facility staff and residents, Polis said.

It will likely be four or five weeks before everyone 70 and older who wants the vaccine will have received their first dose, he added.

Phase 1B had included moderate-risk health care workers such as home health, hospice and dental workers, as well as emergency services personnel, firefighters, police, correctional workers and those in funeral services.

As of Wednesday that category was amended to include “frontline essential workers” in education, food, agriculture, manufacturing, public transit, grocery and public health, among other sectors, as well as direct care providers for Coloradans experiencing homelessness and some frontline journalists, in addition to those 70 and older.

Workers who qualify under Phase 1B will likely be vaccinated at site-based clinics in the coming weeks. As to when Coloradans 70 and older can receive the vaccine, it will depend on the supply in their area, Polis said.

Individuals in Phase 2 — including those at high risk due to medical conditions and those ages 65-69 — will likely be vaccinated in late spring or early summer, he said, adding that a doctor’s note would be required for those qualifying due to a medical condition. The rest of the population is likely to be vaccinated this summer, he added, noting that the vaccine is likely to be available to children as young as 12 by then.

In other Colorado COVID-19 news:

• Colorado is asking the Centers for Medicare & Medicaid Services, a federal agency, to allow the state to temporarily suspend visitations to nursing homes as workers and residents continue to be vaccinated, Polis said.

• Another 12 COVID-19 samples that may potentially contain the variant strain await sequencing, Travanty said, adding that the state lab would continue to look at older samples, as well as all samples looking forward, for indicators of the mutation.

• There were 2,451 new cases of the virus reported to the state on Wednesday, said Polis, citing preliminary data. Testing has been down over the last few days, he added.

• Just over 1,000 were hospitalized with COVID-19 on Wednesday, he said. The number of deaths directly caused by COVID was 3,901, he added, while the number of deaths among patients who had COVID at their time of death, including those who died of other causes, was 4,750.

• More than 84,000 vaccinations had been administered in the state as of Wednesday, Polis said, placing Colorado in the top four or five states in the nation when it comes to vaccinate administration per capita. “We want to build that lead,” he said. “We want to be No. 1.”