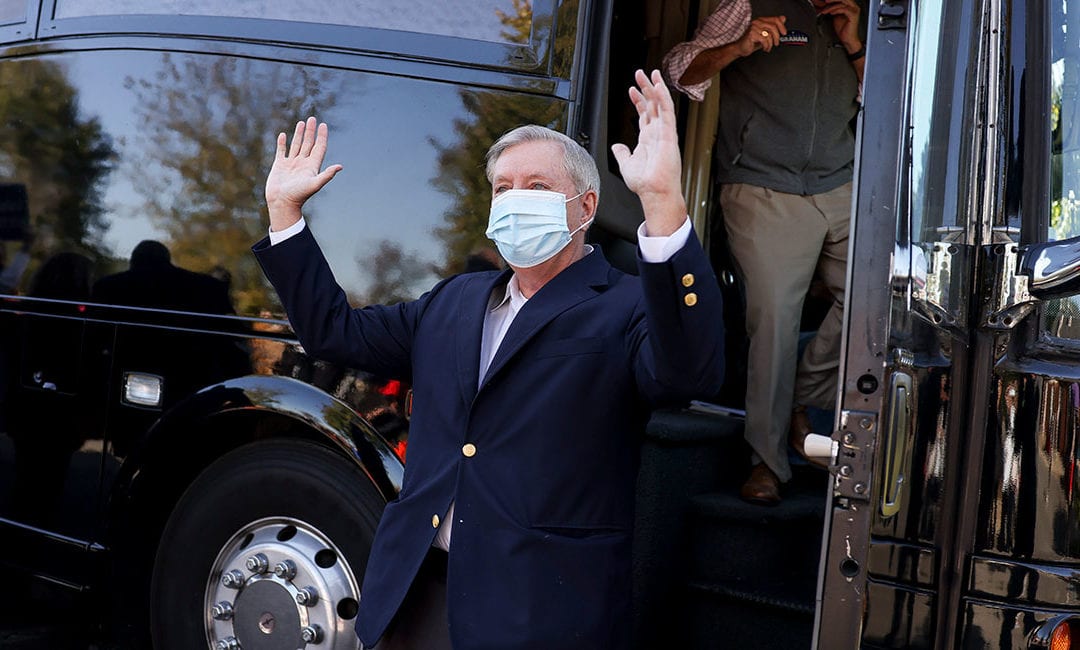 Control of the Senate remained up grabs as of 12:10 a.m. Wednesday morning.

Prior to Tuesday night, Republicans held 53 of 100 seats. Democrats, including the two nominal independents in their caucus, held 47. Democrats needed to pick up four Senate seats to control the upper chamber if former Vice President Joe Biden loses the presidential race.

If Biden wins the presidency, Democrats would need a net gain of just three seats, since the prospective vice president—Kamala Harris—would break ties in the Senate if the partisan split were to be 50-50 after Tuesday’s balloting.

Thirty-five of the Senate’s 100 seats were up for election this cycle.

As of 12:10 a.m. Wednesday, Democrats had a net gain of one seat after flipping seats in Arizona and Colorado, while Republicans won back Alabama.

Jones, 66, was a lawyer prior to being elected narrowly in 2017 to the Senate in a special election to fill the seat vacated by Republican Jeff Sessions. Sessions was tapped by President Donald Trump to be his attorney general.

Jones is a former U.S. attorney for the Northern District of Alabama appointed by then-President Bill Clinton. His campaign platform included support for civil and human rights, and support for education and health care, specifically for those with preexisting conditions.

Tuberville, 66, is a former football player and football coach.

McSally, 54, was in the U.S. Air Force for 26 years and then served for four years in the House before being appointed to the Senate in 2018 to fill a vacancy. She ran on a platform supporting border security, rebuilding the military, and supporting veterans.

Kelly, 56, is a retired U.S. Navy captain as well as an astronaut and an engineer. Kelly is the husband of Gabby Giffords, who formerly served in the House and was shot in 2012 in an assassination attempt.

He campaigned on support for health care reforms, believing that “health care is a right,” support for “every woman’s right to choose how and when to start her family,” and environmental issues.

Gardner, 46, has represented Colorado in the Senate since 2015. Previously he served in the House, representing the state’s 4th Congressional District from 2011 to 2015 and was a member of the Colorado House of Representatives from 2005 to 2011.

He ran on support for helping rural communities in Colorado by reducing regulations that hamper the ability to start a business, border security, and a 12-year pathway to citizenship for so-called young immigrant “Dreamers,” bringing down the cost of health care, and addressing Colorado’s opioid crisis.

By contrast, Hickenlooper, 68, the former mayor of Denver from 2003 to  2011 and former governor of Colorado from 2011 to 2019, ran on a platform of support for abortion rights, saying that “Roe v. Wade is threatened more than ever before,” gun control, and universal health care, calling it a “a right, not a privilege.”

Graham has represented South Carolina in the Senate since 2003 and has served as chairman of the Senate Judiciary Committee since 2019. Prior to serving in the Senate, Graham served as a defense attorney in the U.S. Air Force.

He was a central figure in helping get Supreme Court Justice Brett Kavanaugh confirmed in the midst of Christine Blasey Ford’s uncorroborated allegations of sexual misconduct against him, and helped as Judiciary Committee chairman to confirm newly sworn in Justice Amy Coney Barrett.

He ran on a platform calling for lower taxes and cutting regulation, rebuilding the military, reforming health care so that no person is “denied medical coverage or insurance due to a preexisting condition,” and protecting the right to life.

Harrison, 44, served as the chairman of the South Carolina Democratic Party from 2013 to 2017. He is an associate chairman of the Democratic National Committee, and ran on accessing high-quality health care, including coverage for preexisting conditions, paid family and sick leave, tax credits for child care, and reforming the criminal justice system.