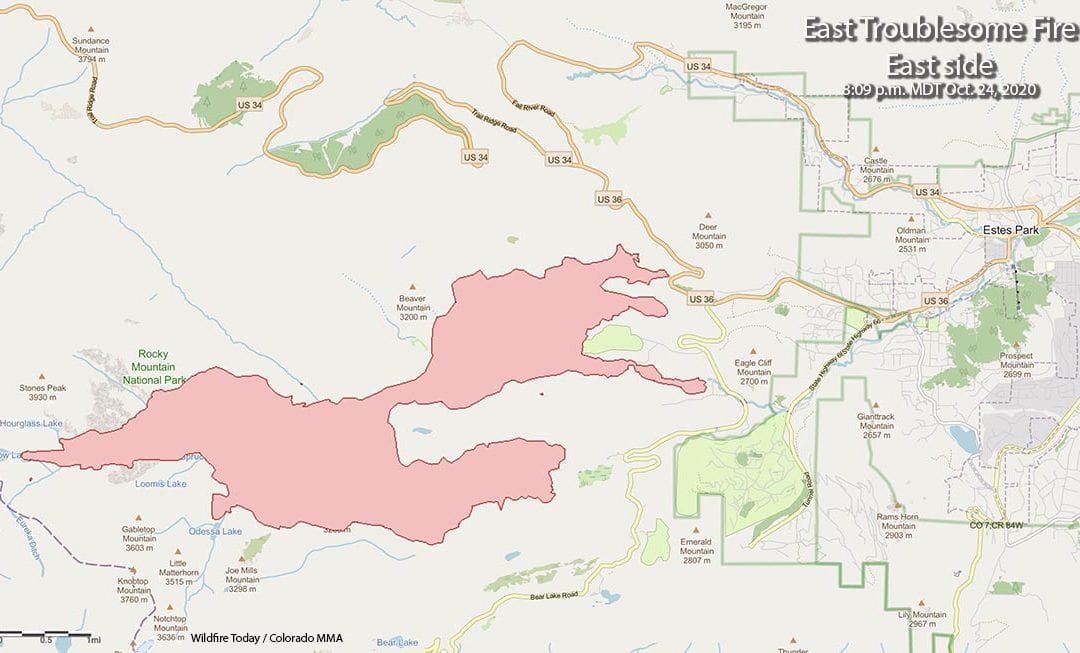 Firefighters on the Cameron Peak Fire tasked with handling the portion of the East Troublesome Fire threatening Estes Park did some serious firefighting Saturday, stopping the fire before it could spread into the wildland urban interface. They used existing fuel treatment areas where the vegetation had been thinned or removed, as an anchor from which to conduct a firing operation to widen the buffer between the fire and the community.

Our firefighters out there are doing a heck of a job. We had a really good day today, considering the fuel conditions and the weather conditions.

Friday evening rain followed by snow put at least a pause on the fire activity. Six to twelve inches are in the forecast through Monday. The final status of the fire will depend on the weather over the next several weeks. If it continues to be wet, it could be the demise of the fire; however, fires can sometimes survive for months under a blanket of snow. If the humidity continues to be very low with no additional precipitation much of the snow could evaporate (or sublimate) reducing how much water moves into the vegetation and the soil.

Firefighters were also successful on the portion of the East Troublesome Fire west of the Continental Divide before the rain and/or snow began Friday evening. The strong winds did not result in any major catastrophic runs.

Typos, let us know HERE. And, please keep in mind our commenting ground rules before you post a comment.