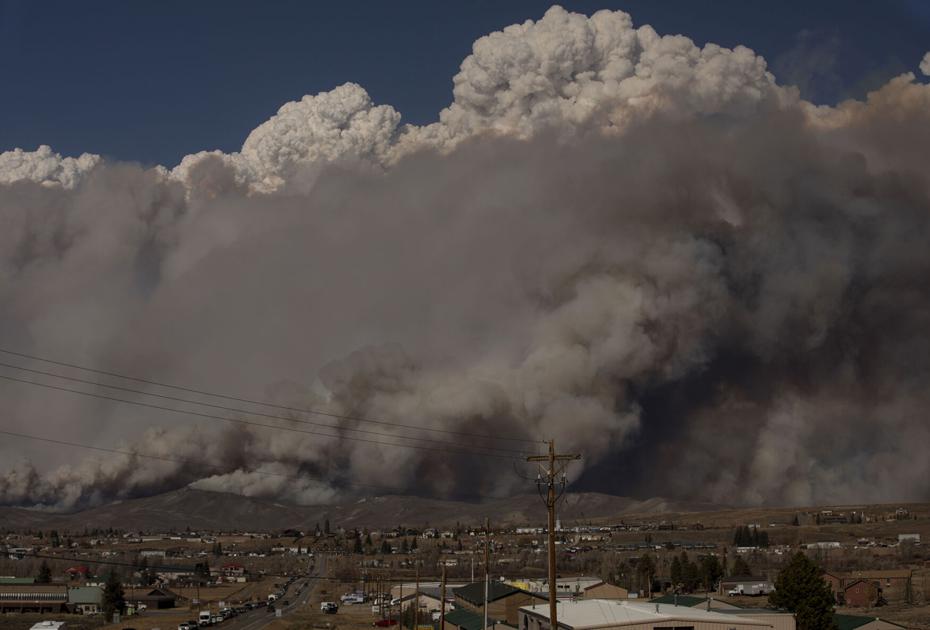 For residents of Estes Park, evacuated Thursday in the face of the fast-approaching East Troublesome fire and the hundreds of firefighters trying to keep those flames at bay, Saturday could have been worse.

Much worse, according to the fire’s incident commander, Noel Livingston.

Authorities went into Saturday fearing the worst — winds up to 60 mph were forecast. But they knew if they could make it through the day, Sunday was expected to bring snow, higher humidity and much colder temperatures, everything they and the residents in the fire’s path had been praying for for days.

On Saturday, the fire got within about a mile of Estes Park — closer in some spots — then stalled. On Sunday, the snow arrived.

“Crews were able to get in all areas they needed to get into to get the work done that was so critical for us yesterday,” Livingston said Sunday. “We’ll take advantage of the weather while we can.”

In another piece of good news, Grand County Sheriff Brett Schroetlin said the fire has not caused damage within the town limits of Grand Lake. However, he declined to say how many homes in Grand County the fire has destroyed until the number is confirmed.

So far, he said, the only two fatalities that have been confirmed are a Grand County couple who chose not leave their home. The bodies of Lyle Hileman, 86, and his wife Marilyn, 84, were found Friday afternoon in the ruins of their home, Schroetlin said.

The East Troublesome fire, believed to have been human caused, although that hasn’t been determined yet, started Oct. 14 and remained relatively small until a massive blowup midweek. Overnight into Thursday , the fire grew from about 20,000 acres to more than 170,000 acres and jumped the Continental Divide, bearing down on Estes Park, the gateway to Rocky Mountain National Park. With firefighters on the defensive, the towns of Grand Lake and Estes Park were ordered evacuated.

The fire, the second largest in Colorado history, has since grown to 192,560 acres. It trails only the nearby Cameron Peak fire burning west of Fort Collins, which has reached 208,663 acres as of Sunday.

The Estes Valley Fire Protection District posted Sunday morning that Estes Park Power & Communications has returned all power to western parts of the valley shut off Saturday, except for a small area inside Rocky Mountain National Park kept off for safety of firefighters.

Early Sunday afternoon the Larimer County Sheriff’s Office announced Cameron Peak fire officials lifted the evacuation order for County Road 27 between the Stove Prairie School and north to Stove Prairie Landing. Officials have also downgraded a mandatory evacuation order to a voluntary evacuation for Colorado 7 to Allenspark, the east side of Colorado 7 extending to Panorama Peak and Highway 34 from Mall Road to Drake, according to a Facebook post.