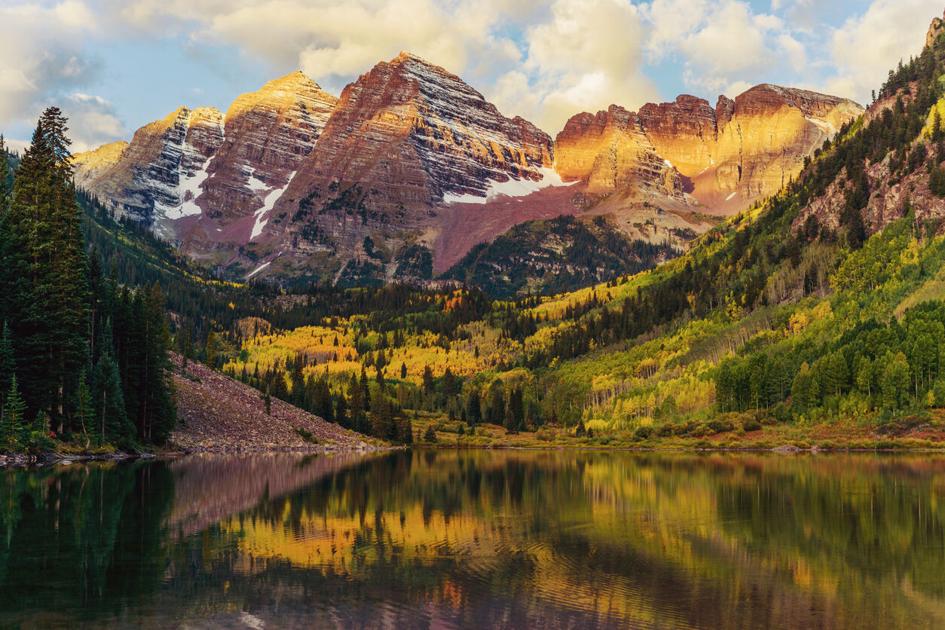 Fall is officially here in Colorado, though it doesn’t quite feel like it yet.

Colorado will continue on a dry streak for the next several weeks, with nearly the entire state experiencing drought conditions on some level.

The National Weather Service cautioned that the warm and dry conditions expected to continue through Friday will lead to increased fire danger. New fire starts are possible, with the greatest threat being in the mountains due to high winds. Use extreme caution in Colorado’s outdoor space and follow all local and state fire restrictions – a statewide burn ban is in place.

Dry weather will hold in place through the end of this month and likely into the first week of October. Above normal temperatures will persist through this weekend, but we’re eyeing a couple cold fronts that should bring a touch of fall and cooler temperatures next week. #COwx pic.twitter.com/ZFZszco4GK

While dry weather is set to last through the end of September and into the first week of October, a pack of cold fronts could deliver fall-like weather to portions of the state next week.

Temperatures will be a little cooler over the weekend. Expect mostly clear skies with temperatures ranging from the 60s to 90s. Here’s a breakdown of how it will feel temperature-wise across many parts of the state.

Breckenridge: Sun to clouds. Highs in the mid 60s to low 70s.

Boulder: Sun to clouds. Highs in the upper 80s.

Buena Vista: Sun to clouds. Highs in the mid to upper 70s.

: Mix of sun and clouds. Highs around the mid 80s.

Despite early September snow, much of the state is now experiencing severe to extreme drought conditions. Just over thirteen inches of snow fell in Alamosa from September 8-10, shattering the monthly record of 10 inches set in September of 1936.

While the fall temperatures aren’t here quite yet in some parts of the state, fall colors are starting to pop up fast. Don’t miss your chance to see them this year.

Fall is my favorite! The new season officially arrives at 7:31 am Tuesday. Colorado’s colors are already going strong! These pics are from near Steamboat Springs and Pearl Lake. 😍😍😍 #cowx
📸John Varga pic.twitter.com/Hdra0lUhrh

Editor’s Note: Be prepared for winter weather headed back to Colorado. The snow season typically begins around late October and continues through the end of April, with high country showers sometimes even happening in May or June.