Fire charts that show where 2020 ranks in Colorado wildfire history 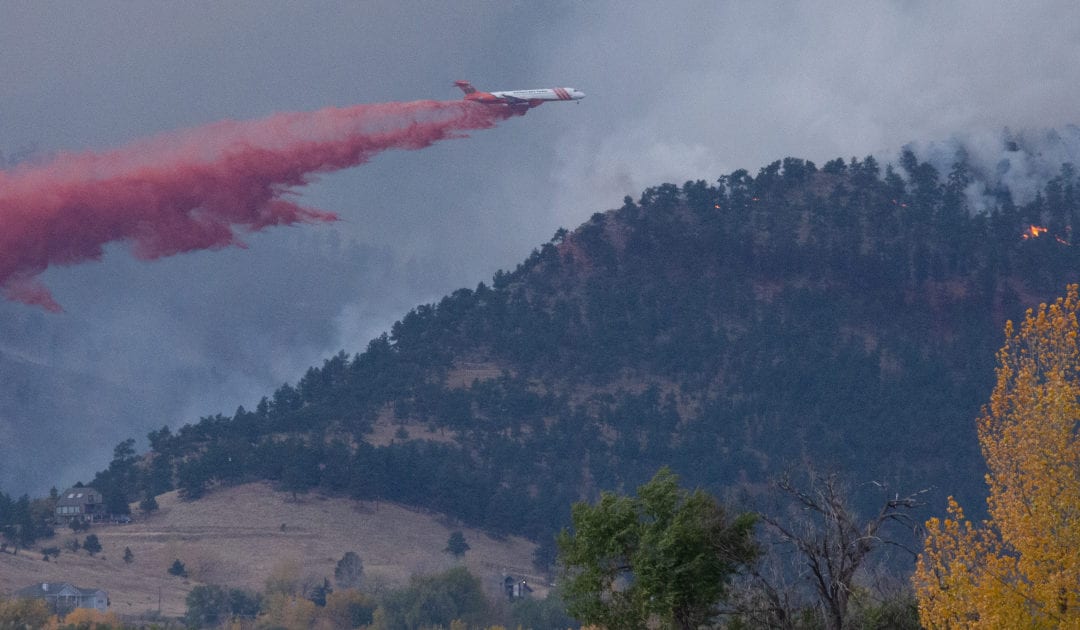 Back in April, fire chiefs across Colorado were so alarmed at the possibility of fighting a raging fire season this summer while also fighting a raging pandemic that they urged Gov. Jared Polis to preemptively issue a statewide fire ban.

“It could be catastrophic, depending on how dry it gets and how hot it gets,” one fire chief said then.

Catastrophic, of course, turned out to be an understatement. The 2020 fire season has been historic … in some ways and, in others, very much typical of a new normal driven by climate change. To get a sense of 2020’s place in Colorado’s wildfire history, The Colorado Sun compiled a list of every fire in the state since 2000 that has burned more than 10,000 acres.

Why start at 2000? Because, as Colorado State Forest Service spokesman Teddy Parker-Renga notes, data collection on fires prior to 2000 was a bit scattered and not always consistent. For instance, when the Emerald Lake fire burned 10,000 acres in the White River National Forest in 1980, it was hailed as the largest fire in state history. But this overlooked a 1950 fire near Colorado Springs that purportedly burned roughly 30,000 acres, though documentation for that figure is lacking.

Advances in fire mapping have allowed for more accurate measurements, but this much is clear: Prior to 2000, Colorado hardly ever saw wildfires of more than 10,000 acres. Even poorly sourced lists show no more than 10 fires of that size prior to 2000.

What really makes 2020 stand out is the size of its big fires. Prior to 2002, Colorado had never had a fire in recorded history exceed 100,000 acres — or anything even close.

The Hayman fire changed that, but it would take another 11 years before another fire crossed that boundary. There have now been five fires over 100,000 acres. Three of those have come since 2018. And two of those happened in 2020, the year of the megafire.

The Pine Gulch fire — which has settled in around 139,000 acres, 2,000 acres more than Hayman — became the largest fire in recorded state history earlier this summer. Then the Cameron Peak fire smashed past that.

Cameron Peak is now twice the size of the City and County of Denver. Just the difference in size between it and the Pine Gulch fire — about 65,000 acres — is larger than all but seven fires in Colorado’s history.

Through Sunday night, there have been 1,016 wildfires reported in Colorado this year, burning 433,546 acres, according to the Rocky Mountain Area Coordination Center.

That’s a lot. Only two other years since 2002 have seen more acreage scorched, and the 2020 fire season, of course, is still going. (Statewide figures prior to 2002 are not readily available.)

The number of fires reported in a year doesn’t always track with the acreage burned. Prior to 2020, Colorado had seen an upswing of fires reported per year, though it’s unclear if this was a change in actual fire activity or in reporting patterns. Since small jurisdictions are often slow in reporting their fires, the number of fires recorded for 2020 will likely increase by the end of the year — but it’s not clear how much those little fires will add to this year’s acreage.

The 2020 fire season is unusually late

Since 2000, June has been Colorado’s worst month for wildfires. Large fires that started in that month have burned nearly 1 million acres in the last two decades.

But none of 2020’s 10,000-acre+ fires started in that month. Lightning sparked the Pine Gulch fire in July. Cameron Peak started in August and is still only 50% contained two months later. By contrast, the 2002 Hayman fire, which began in June, was contained after a little over a month.

Here is a pattern where it’s not quite clear yet whether 2020 fits in with the crowd or stands out as the exception.

Since 2000, large fires sparked by lightning have burned more acreage than those caused by humans.

This makes sense. When lightning starts a fire in an isolated area, firefighters are apt to let it burn itself out rather than fight it aggressively, and the fire grows bigger than it might have otherwise. This is the case with the Middle Fork fire this year, which was started by lightning and has burned nearly 20,000 acres in remote forest land north of Steamboat Springs, so far posing little threat to people or property.

But the big fires that destroy things, those are usually started by people.

Of the eight fires in 2020 that have burned more than 10,000 acres, three were started by lightning. Combined, those fires have destroyed only a handful of outbuildings.

Investigators have concluded that two of this year’s big fires were started by people. The causes of three more fires are still listed as under investigation. That includes the Cameron Peak fire, which, in addition to being the largest fire in state history is also the most destructive thus far this year. So, whether investigators conclude Cameron Peak’s cause is natural or human will determine whether 2020 aligns with this pattern or breaks the mold yet again.