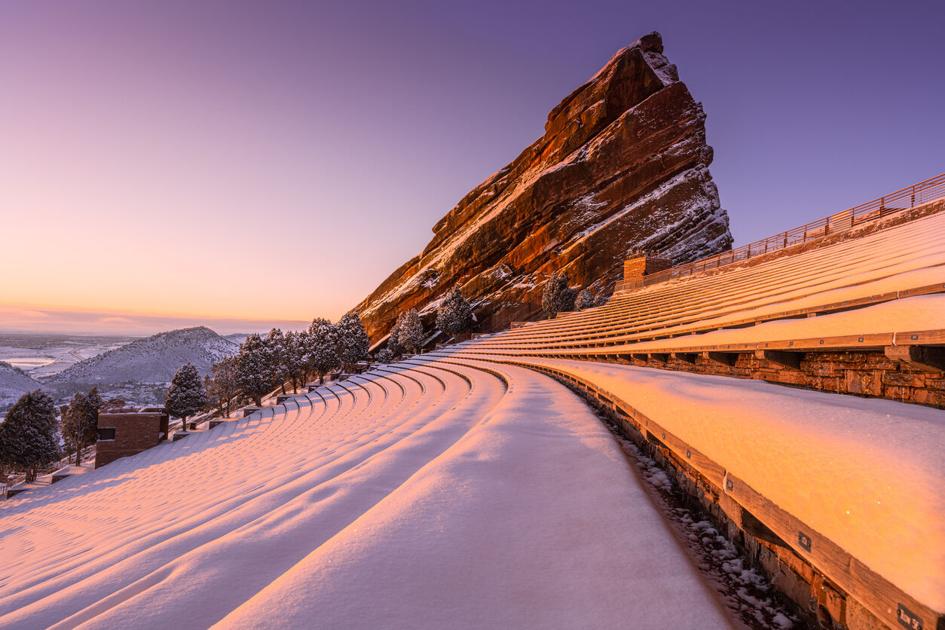 The ‘Film on the Rocks’ Summer Series is back for its 22nd season with featured films including Dirty Dancing, The Shining, The Avengers, and Jurassic Park.

Set to be shown on large screens at Red Rocks Park & Amphitheatre, the shows are set to start with drive-in screenings beginning over Memorial Day weekend. Back-to-back films will be featured during a “special six-day run,” followed by three weeks of five-night-per-week screenings.

Here’s the 2021 lineup as announced by Denver Film and Denver Arts & Venues.

Drive-in tickets are $59.50 per car per evening. Each car will receive two bottles of Coca-Cola products, City Pop popcorn, and theater-sized M&Ms and Twizzlers.

Yoga on the Rocks will also return to Red Rocks this year with early morning sessions held on Saturdays and Sundays.

SnowShape will also make a 4-week comeback with their winter fitness series kicking off this fall ahead of the 2021-2022 ski season.