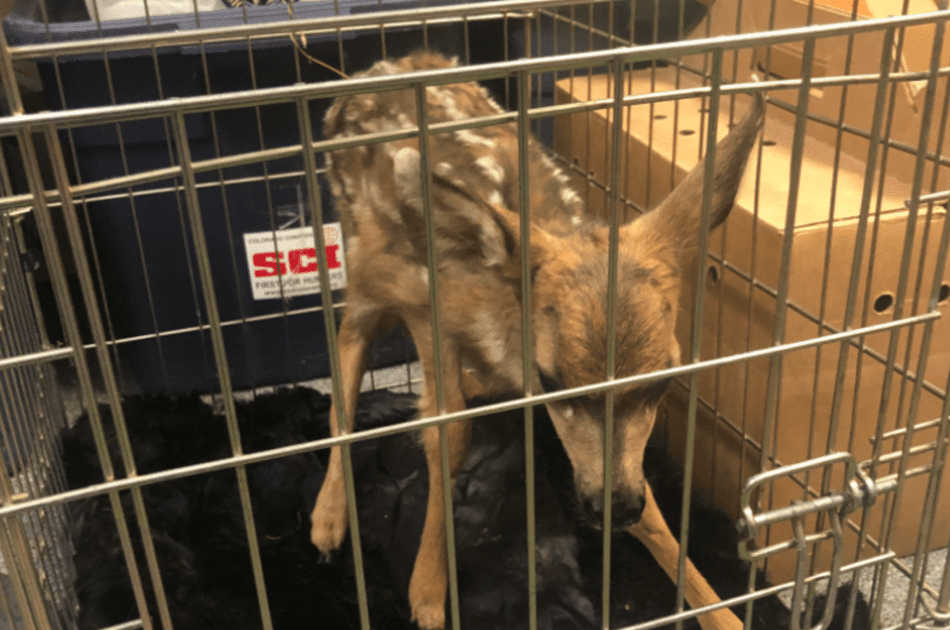 Colorado Parks and Wildlife responded to multiple incidents involving young deer this weekend, with lessons to be learned from each situation.

In one incident, a fawn was orphaned on Sunday when its mother was hit by a car on Highway 115 near Colorado Springs. Luckily for the fawn, a passerby saw the dead doe and spotted the young animal wandering in the area. The passerby picked the fawn up and brought it to a Colorado Parks and Wildlife center where it was then sent to rehabilitation.

While this man’s actions likely saved the fawn’s life, it’s recommended that people never interact directly with a wild animal. The better solution here would have been to inform Colorado Parks and Wildlife, letting them decide the best course of action. Wild animals can be unpredictable and can carry disease, even the cute ones.

Colorado Parks and Wildlife was able to lend a helping hand to another fawn this weekend, also in the Colorado Springs area.

A man in the Springs found a fawn nestled against his truck’s tire.

It stayed there for hours and when he eventually needed to move the truck, he called Colorado Parks and Wildlife. Officer Cassidy English arrived at the scene and was able to safely transfer the animal to a nearby bush without contaminating it with human scent.

This incident prompted Colorado Parks and Wildlife to warn the public to check under and around their vehicles for deer during hot spring days. Sometimes fawn will hide under the shade of a vehicle to avoid the heat of the sun.

While exploring Colorado’s natural areas during this time of the year, it’s important to know how to act around ‘abandoned’ young animals. Never pick them up or move them – it’s likely that the parent is away for a good and natural reason and will return soon. Interfering with nesting young can decrease the chances that a parent will return, thus decreasing the young animal’s chance of survival. If in doubt, contact Colorado Parks and Wildlife.