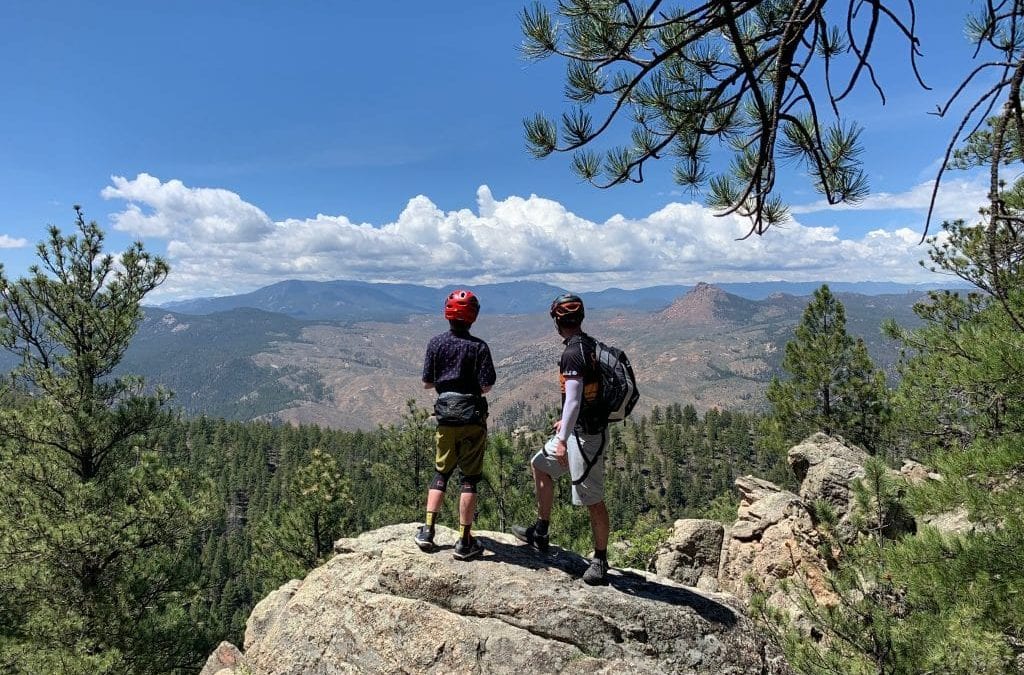 COPPER MOUNTAIN — After it became apparent in the spring that the novel coronavirus pandemic would prevent Colin Harris from making his first summer ski training trip to New Zealand, he opted for another adventure: the Colorado Trail.

The 12-year-old, up-and-coming Team Summit freeskier was inspired by his uncle Brian McCarthy to take up the endeavor. McCarthy, a passionate mountain biker who’d fallen in love with the 485-mile stretch of continuous trail from Denver to Durango, was elated for the slopestyle and halfpipe skier to trade cork 720s for the grind of a long mountain bike ride.

So after setting up a Gatorade stand by his home in Copper Mountain and doing some dog walking to raise money for the New Zealand trip, Colin had another adventure on his hands. He and his father, Scott, would ride 368 miles of the trail, featuring 56,212 feet of climbing, over seven different trips. And Uncle Brian would join them for as much as he could.

Beginning during Memorial Day weekend, the father and son set out for the venture with the help of mom, Joanne, and sister, Cara, 10, another talented up-and-coming Team Summit skier. Joanne and Cara were tasked with drop-offs, pickups and the logistics of supporting the father-and-son journey while Scott had the fatherly experience of a lifetime with his son.

“It was a pretty amazing opportunity to be able to spend that time with Colin,” Scott said. “It definitely wasn’t an easy adventure to undertake; we both had some pretty tough days on the trail.”

Colin said the biking was his way of escaping skiing, finding something else to do. But the experience also kept his legs strong, fit enough to try some new tricks, such as a cork 1260, at Woodward Copper in mid-July in between trips to the Colorado Trail.

It was the first night on the first trail segments that Colin said was the hardest part of the trip, getting over the mental hump. After a pep talk, Scott said Colin came out with a different attitude the next day, more upbeat and resilient.

Colin said one of his favorite stretches of the trip was on Segments 22-23, far from civilization somewhere between Lake City and Silverton. That’s where during the monsoon weather the clouds hung low and he felt like he was in the heavens. For Scott, Segment 27 down in the San Juan Mountains was the most beautiful stretch for him.

“Riding along the Indian Trail Ridge, you could see forever,” the father said. “It was pretty awe inspiring to be riding along a ridge like that with my son.”