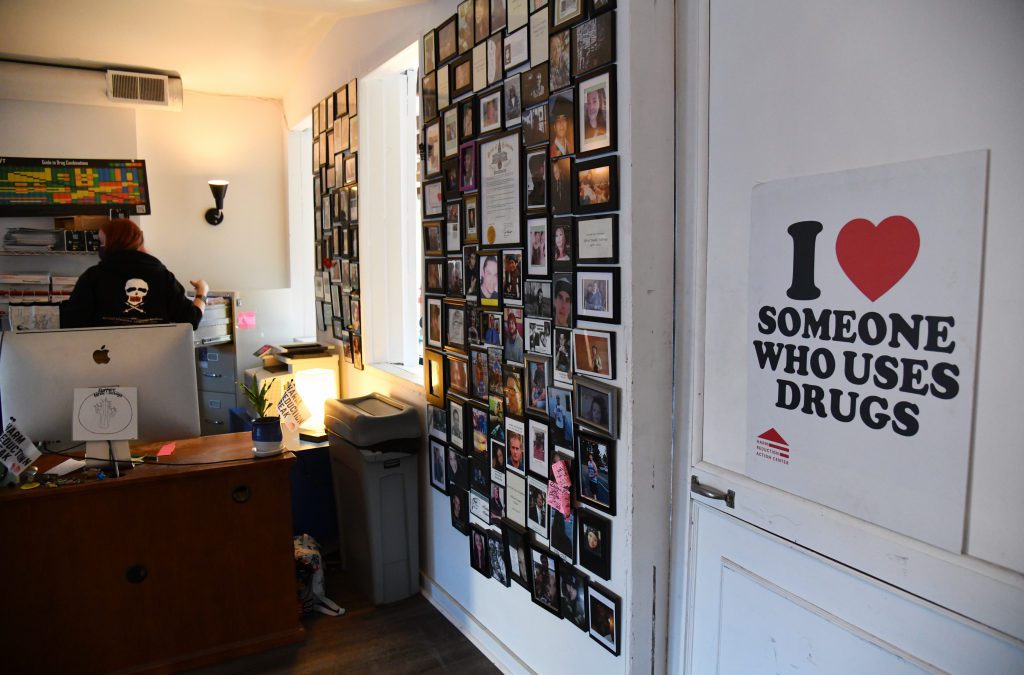 Fatal drug overdoses in Colorado surged 59% in 2020 as the coronavirus pandemic ushered another public health crisis into the state, which largely avoided the grim scenes of the opioid epidemic several years ago.

While the pandemic likely played an indirect role in the surge in overdoses last year, Colorado also saw a significant increase in fentanyl use — so much so that in the summer of 2020, Denver’s public health and police officials issued a warning about the synthetic opioid.

There were 1,313 fatal overdoses in Colorado last year, up from roughly 824 such deaths recorded on average during the five previous years, according to finalized death certificate data from the state Department of Public Health and Environment.

The rise in drug overdose deaths reflects the rise in overall deaths in Colorado. Last year, almost 9,000 more Coloradans died than would be expected in a normal year as fatalities from all causes increased.

The rate of overdose deaths was highest among people of color, with fatalities more than doubling among Black residents, Asian Americans and Pacific Islanders, and American Indians. The rate of fatal overdoses also jumped almost 83% above the 5-year-average among Latino Coloradans, according to population-adjusted data.

By comparison, overdose deaths increased 33% from the average among white Coloradans.

“The real truth is that nobody’s inoculated against this,” said Jen Jackson, an assistant program manager of access services with Mental Health Center of Denver. She lost her brother, who lived in New York, to an overdose last year.

The uncertainty and isolation brought on by the pandemic is likely a contributing factor to the rise in overdoses, said Jeff Holliday, a manager with the Community & Behavioral Health Division of the Denver Department of Public Health and Environment.

“It caught everybody off guard,” said he said. “I don’t think anybody could have anticipated the impact done by this pandemic.”

Colorado has also seen a rise in fatal overdoses specifically involving fentanyl. The drug was involved in at least 534 fatal overdoses last year. That’s up more than double from the 222 fentanyl-related deaths in 2019, according to provisional drug overdose death data from the Department of Public Health and Environment.

The Denver medical examiner’s office has found that people are buying blue pills with an “M” on them that they have been told contain other substances, such as oxycodone or Xanax, but actually contain the much-stronger fentanyl, Caruso said.

“People are buying them and taking them and sometimes one pill is one too many,” he said.

Fentanyl is up to 50 times more potent than heroin and twice as potent as morphine, which means overdoses can happen more quickly than with other opioids, according to the alert issued by city officials last year.

Of the 370 overdose deaths in Denver last year, 159 involved fentanyl. By comparison, 56 of the 225 fatal overdoses in 2019 involved the drug, according to the medical examiner’s office.

In 2017, when the U.S. Department of Health and Human Services declared the opioid crisis a public health emergency, Denver only recorded 18 deaths from fentanyl, according to the data.

AspenRidge Recovery has seen more people admitted solely for fentanyl use than in the past, which is an upside as more people are willing to seek treatment, he said.

There is also concern that because there is a multiyear lag between when someone starts using a substance and when they might die from an overdose, that deaths will continue to increase in the coming years, said Robert Valuck, executive director of the Colorado Consortium for Prescription Drug Abuse Prevention.

“We’re worried about all those people that are starting for the first time,” he said. “It’s really scary now and it’s going to be scary later.”