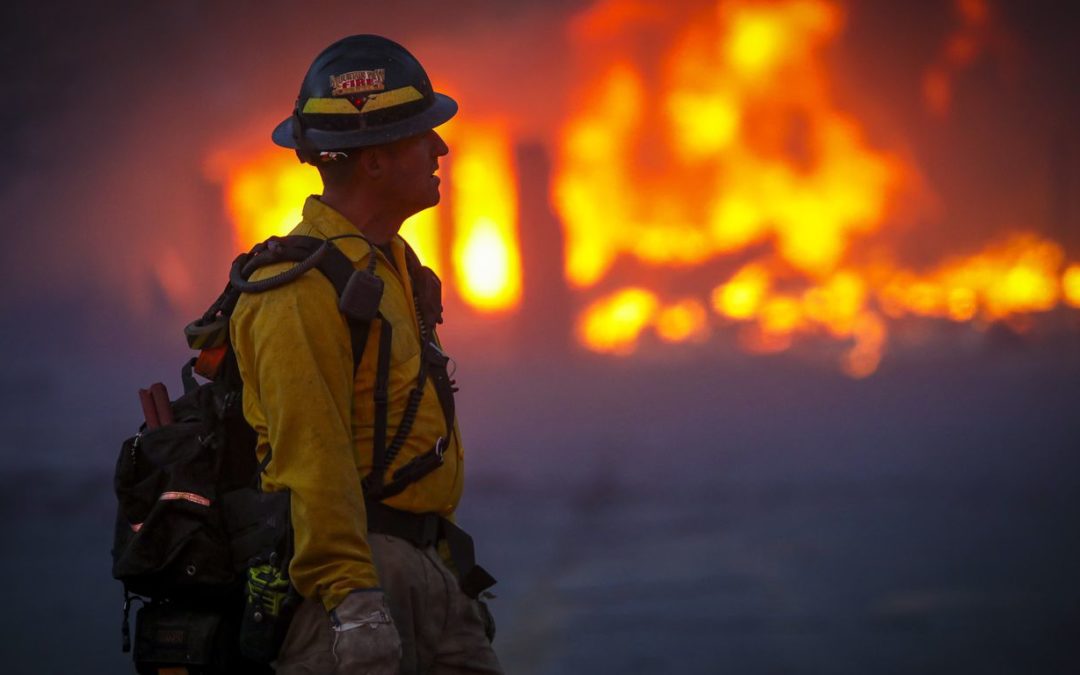 Ferocious hurricane-force winds helped spark wildfires that spread to over 1,600 acres and prompted hasty evacuations near Denver, Colorado, including the entire town of Superior and city of Louisville.

The latest: Colorado Gov. Jared Polis declared a state of emergency Thursday afternoon as a result of the fires, enabling the government to access emergency disaster funds in response to the situation.

Our current view of the #MarshallFire from Boulder. We are deeply saddened for all who have lost today. #COwx pic.twitter.com/Qq95K5yfEx

What they’re saying: “Prayers for thousands of families evacuating from the fires in Superior and Boulder County. Fast winds are spreading flames quickly and all aircraft are grounded,” Polis tweeted.

The big picture: The blazes have been fueled by extremely strong, down-sloping winds, which involve air moving off the Rocky Mountains and down the foothills, into communities including Boulder. These winds have exceeded 100 mph at times, the equivalent of a strong Category 1 hurricane.

This photo was taken by one of our patrol officers in the parking lot of the Panda Express in Superior. Near Target. This area has been evacuated. pic.twitter.com/wJaOY8ccTZ

Editor’s note: This headline and story have been corrected to say the fires are near Denver, Colorado, not in the Denver metro area.