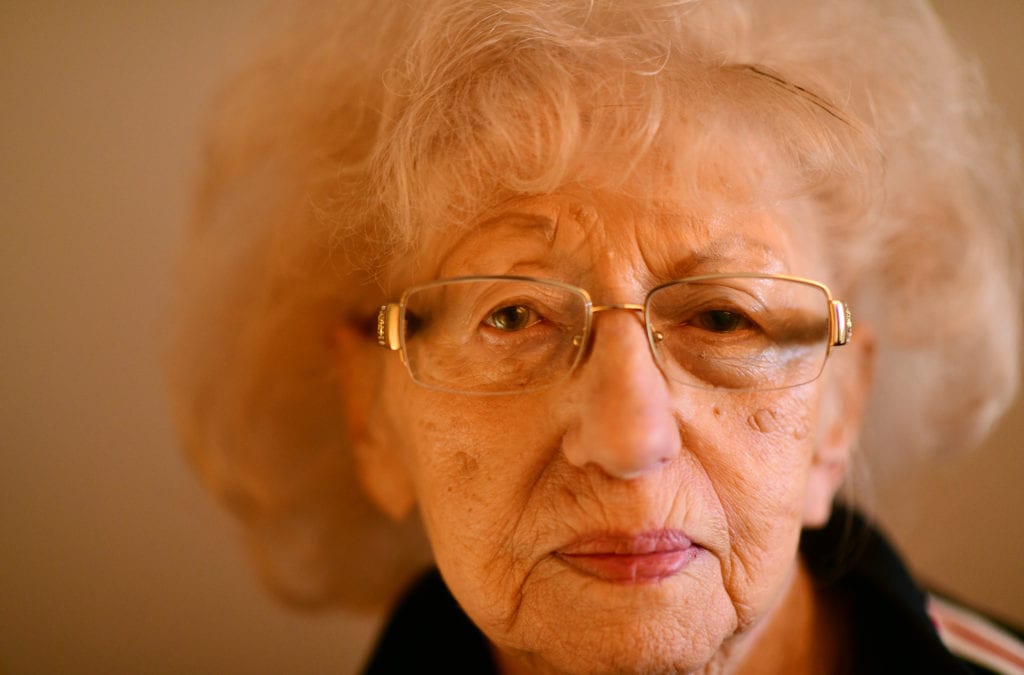 Every Friday for the past 35 years, Fanny Starr would give out food to individuals experiencing homelessness in Denver.

The ritual served as her pre-Sabbath mitzvah — an act of kindness that stemmed from decades-old trauma during the Holocaust that she vowed to keep in her memory until her last breath.

“When she was in the (concentration) camps, she knew what hunger and starvation were,” Starr’s daughter, Helen, said. “She made a pact: ‘I will not allow anyone to starve or be hungry.’”

On Friday, Starr took her last breath in her Denver home. At 98, she was Colorado’s oldest living Holocaust survivor. This year she helped pass a bill in the legislature to require Holocaust and genocide education in schools so younger generations could continue a refrain passed down by Jewish families for the past 75 years: “Never again.”

“One of the things she always said was, ‘I pray that we are not forgotten,’” Helen Starr said Saturday. “She wouldn’t just say ‘me.’ She would say ‘my 6 million fellow brothers and sisters.’”

Gov. Jared Polis, who signed Starr’s Holocaust education into law with the survivor by his side, said in a statement Saturday that “the world has lost a giant.”

“Fanny visited schools for decades to tell her story and the stories of the countless lives and families destroyed, and the generations that never came to be,” the governor said. “Fanny implored us all to keep showing up, to keep giving back and to keep repairing our world. Marlon and I send our deepest condolences to Fanny’s family.”

On Oct. 2, the day before Starr suffered a stroke, Helen Starr received a letter informing her that she was selected as one of 15 committee members to help sculpt the Holocaust and genocide curriculum that will be taught to middle and high school students throughout the state.

“It’s a beautiful honor, and a testament to everything my parents taught me,” Helen Starr said.

Before the bill’s introduction in January, Fanny Starr spoke at length with The Denver Post about her upbringing in Poland — how the Nazis showed up at her home in 1939 and shot her dog, telling Starr and her parents and siblings to pack small bags before being shipped to the Łódź Ghetto.

Starr ended up in Auschwitz and Bergen-Belsen before the concentration camp was liberated in 1945.

“I wore just a striped shirt. A long one, like a gown,” Starr told The Post in January. “This was our clothes in winter, bitter cold. The whole group gripped each other. We cried and screamed.”

Nearly all of Starr’s family was murdered during the Holocaust.

After coming to America, Starr spent her life making sure no one would forget the Nazis’ atrocities.

She and her husband, Zase, helped build a Holocaust memorial on the grounds of Hillel Academy, a Jewish day school in Denver. Starr spoke to college students and legislators, telling her story to anyone would listen.

Even after suffering the stroke, Helen said her mother would mouth words or make up sign language to get her feelings heard.

“I’d say ‘I love you,’ and she’d take her hand and point to her heart and then point to me,” Helen Starr said, her voice quavering. “That’s the tenacity this woman had. She never gave up one ounce all the way until her last breath.”

A GoFundMe account has been set up by Starr’s family to help pay for medical costs and continue her philanthropic legacy.