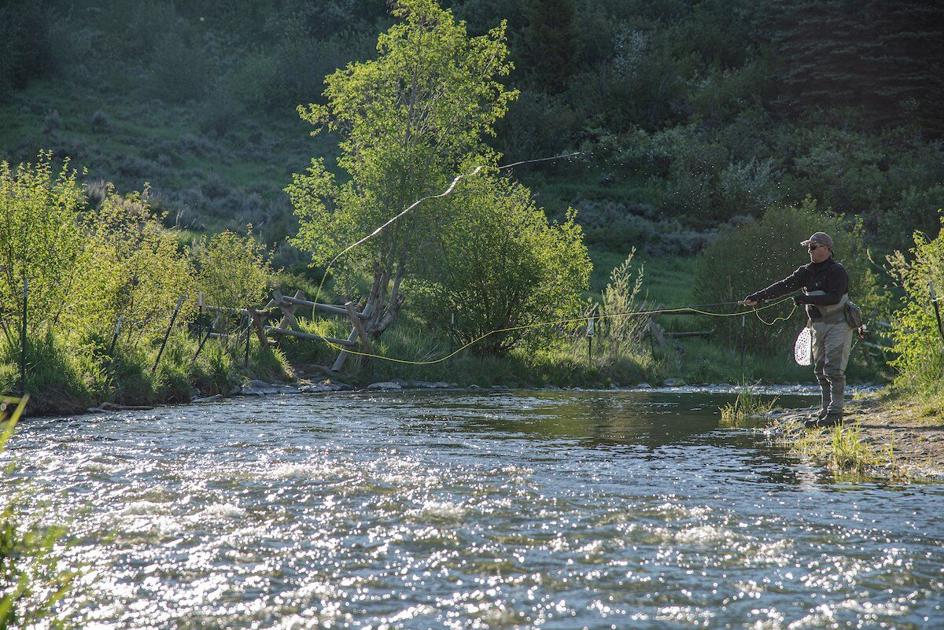 Colorado Parks and Wildlife will enact a mandatory fishing closure starting on Tuesday, May 25 on 0.6-mile stretch of the Yampa River due to critically low water flow caused by “extreme drought conditions.”

“This stretch of the river receives a tremendous amount of fishing pressure, especially in the spring when other resources might not be as accessible,” said CPW Area Aquatic Biologist Bill Atkinson. “This emergency closure is an effort to protect the resource by giving the fish a bit of a reprieve as they can become quite stressed during these extreme low-flow conditions. This spring we have not witnessed a spike in flows, which can offer fish protection and allow them to recoup energy following the spring spawn season.”

The emergency fishing closure is located on a heavily fished portion of Yampa River below Stagecoach Reservoir between the dam at Stagecoach State Park downstream to the lowermost park boundary.

Anglers in Routt County: due to critically low water flow, we will be implementing a mandatory fishing closure starting May 25 on a stretch of the Yampa River between the dam at Stagecoach State Park downstream to the lowermost park boundary.

Officials say water releases are currently only at 20 percent of average and are expected to drop to less than 15 percent of average. When water flows are minimal, fish become concentrated in residual pool habitat and become stressed due to increased competition for food resources.

Anglers are advised to seek out alternative fishing areas until the order is rescinded. The order will be enforced by law with citations issued for any violators.

“We ask for the public’s patience and cooperation,” said Stagecoach State Park Manager Craig Preston. “It is very important that we do what we can to protect this unique fishery, not only for anglers, but for the communities that depend on the tourism these resources support.”

Editor’s Note: Other stretches of river in this area may be subject to additional closures this season. For more information, contact Stagecoach State Park at 970-736-2436, or CPW’s Steamboat Springs office at 970-870-2197.