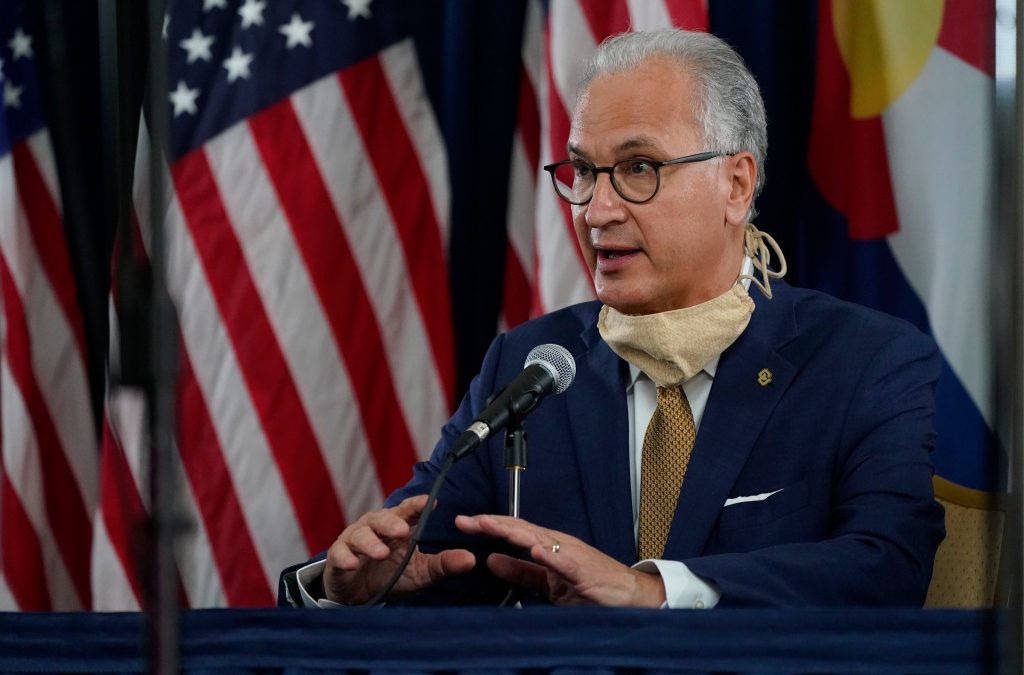 GRAND FORKS, N.D. — Former University of North Dakota President Mark Kennedy is preparing to leave his current position at the University of Colorado, after just two years on the job.

While he has not resigned as president of CU, Kennedy announced Monday that he has entered into discussions with the CU Board of Regents regarding “the orderly transition of the presidency in the coming months,” according to a press release from the University of Colorado.

Kennedy continued, noting the board “has a new makeup this year, which has led to changes in its focus and philosophy.” In Colorado, regents are elected officials with party affiliation. While Kennedy, a former Republican member of Congress from Minnesota, was appointed to the role by the then-Republican-majority board in May 2019, he would have faced a Democratic-majority board at his annual review in June.

“We have made great progress in each of the major areas we identified when I was honored to become president, including strategic planning; diversity, equity and inclusion; online education; and technology transformation,” Kennedy wrote. “Much of that progress came in the face of the pandemic. I appreciate the many smart and dedicated people who work hard every day to help the university meet its mission to serve its students and the state. CU is on a positive trajectory.”

Kennedy, who was president of UND from 2016 to June 2019, had a tumultuous term in Colorado, starting when he was first announced as the sole finalist for the presidency. During the selection process, Kennedy faced criticism and backlash in Colorado from students, faculty and community members who believed he was not fit for the president’s position.

He also was recently censured by faculty at the Boulder campus for comments he’s made since becoming president. A written motion claimed Kennedy had “a well-documented history of making problematic and hurtful statements without apologies or consequences.”

Kennedy was set to enter the final year of his three-year contract this summer, but when he will be leaving the university system in Colorado has not been announced.

As president of the CU System, Kennedy oversaw four campuses: Boulder, Colorado Springs, Denver and a medical school in Aurora.

The CU Board of Regents will meet to discuss next steps. An interim president has yet to be selected, according to a press release from the CU System office. The board will conduct a national search for the next permanent president.

“The Board of Regents will move quickly to determine our next steps and will work closely with President Kennedy in the coming months to ensure an orderly transition of the presidency. He has led CU through the pandemic and has been making progress on key initiatives we agreed to, so the university is in a good position,” said Board Chair Glen Gallegos and Vice Chair Lesley Smith. “We appreciate President Kennedy’s contributions and dedication.”