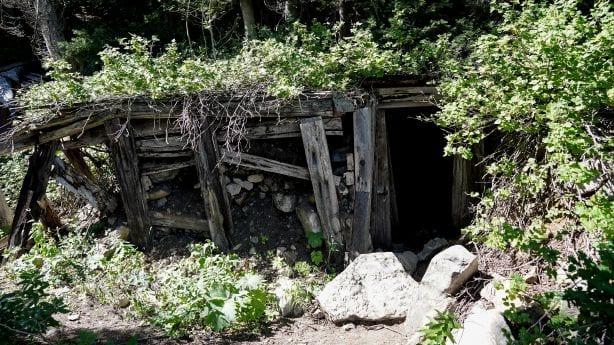 SALT LAKE CITY — The U.S. Environmental Protection Agency announced the creation of a new geographic-specific office based in Lakewood, Colorado, to specifically tackle the most pressing contaminated mine sites in the western United States.

“We are moving decision-making out of D.C. and into the West for issues that are uniquely important to the West,” said Doug Benevento, associate deputy administrator during a Wednesday press conference against the backdrop of a historic mining museum.

Benevento, who used to be administrator of EPA’s Region 8 that includes Colorado and Utah, said there are 63 Superfund mining sites across the West, some of which have been lingering in the cleanup stage for as long as three decades.

“This office will have it done faster.”

The move to put government experts in hard rocking mining reclamation closer to the geographic region where they are problematic was praised.

“As a rural farmer in Washington I know firsthand the frustration and struggles that come with dealing with federal land use policies,” said Rep. Dan Newhouse, R-Washington and vice chairman of the Western Congressional Caucus.

He added the office will be a step for fostering more trust, collaboration and stronger relationships among state agencies and local communities faced with the daunting task of complicated cleanups of contaminated sites.

Arizona Department of Environmental Quality Director Misael Cabrera, who attended the press conference virtually, applauded the move to create a program-specific office and locate it in a region where the challenges exist.

“I support this strategic step and invite EPA to consider Arizona as the location for the next program-specific office,” he said.

According to the agency, the new office will assume oversight responsibilities for federal hard rock mining cleanup sites west of the Mississippi River; serve as a central contact for other federal agencies, states and tribes with responsibility for or impacted by these sites; and develop innovative technologies and adaptive management approaches to address legacy pollution. Additionally, the office will support efforts of conservation organizations to voluntarily undertake projects to improve conditions at abandoned mines via what is called Good Samaritan projects.

The creation of the new office follows another move by the Trump administration to decentralize federal agencies and relocate decision-making from Washington, D.C., to geographic regions where the oversight is taking place.

Earlier this summer, for example, the administration moved the headquarters of the Bureau of Land Management to Grand Junction, Colorado, in a move hailed by some as sensible and criticized by others as costly and unnecessary.

“The West is a special place, with special environmental challenges deserving of its own office within EPA,” said EPA Administrator Andrew Wheeler in a statement released by the agency. “Under President Trump’s leadership, this new office will provide effective solutions, and achieve important milestones in the cleanup of hard rock mining Superfund sites in the American West as well as foster great partnerships with states, tribes and local communities. Done are the days of a one-size-fits-all approach to remediation.”

The EPA said the new office was born out of lessons learned at sites across the country such as the Bonita Peak Mining District in Colorado, the site of the Gold King Mine release, and the Silver Bow Creek Superfund site in Butte, Montana.

As part of a settlement reached with Utah last month over Gold King, the EPA agreed to begin superfund site assessments on legacy mines in Big and Little Cottonwood canyons, as well as an area in Tooele County.

KSL subsequently reported there are hundreds of thousands of hard rock mine sites in the West, and state and federal officials are not close to determining their potential threat to water resources.

Greg Sopkin, administrator over EPA’s Region 8, said cleanup of former mining sites can turn what was once hazardous into a success story.

He pointed to an area in Leadville, Colorado, that he toured a year ago that now sports a nature trail, businesses employing more than a thousand people and a modern sports complex.

“This is a great success story,” he said. “There are many more mining sites that can follow this example.”