Environmentalists sue over Trump plan to drill in southwest Colorado 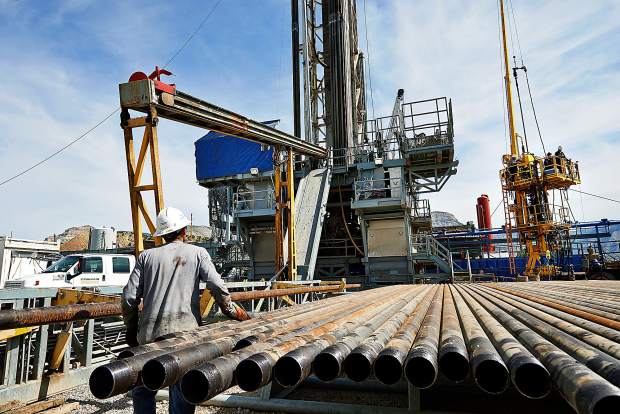 DENVER (AP) — Environmental groups have sued the Trump administration over plans to expand drilling, fracking and mining across public lands in southwestern Colorado.

The lawsuit, filed Wednesday in the U.S. District Court in Denver, alleges that the Bureau of Land Management violated federal law by pursuing a land-management plan for fossil fuel development that ignored environmental risks to agriculture, climate and endangered species.

The federal government’s plan covers about 2,700 square miles (7,000 square kilometers) of mountains, woodlands and red-rock deserts and would allow fracking on more than half of the public lands, a federal mineral estate and coal mining, according to the groups. It includes the northwestern San Juan Mountains, several rivers and the towns of Ouray, Telluride, Montrose and Paonia, and the North Fork Valley, where residents have voiced opposition over the oil and gas development.

“Oil, gas, and coal development on public lands accounts for nearly 25 percent of the country’s annual emissions,” the lawsuit states. “In other words, it is impossible to address the existential threat of the climate crisis without completely transforming the way public lands are managed for fossil fuel exploitation.”

Gov. Jared Polis, a Democrat, activated the state’s drought plan in early August to track the impacts, save water, coordinate local responses and help affected farmers following a federal assessment that the state is abnormally dry or in drought for the first time in eight years.

The state also is fighting four wildfires in the western region — one of which is the second largest in Colorado history. State officials have issued health advisories for the smoke emitted by the wildfires and warned nearby residents to limit outdoor activities and stay inside.

The activists also filed a notice of intent to sue federal agencies under the Endangered Species Act for harm done to the sage grouse, a bird native to the area, which was removed from the endangered or threatened species list in 2015.

According to the U.S. Fish and Wildlife service, federal and state regulations have addressed the most serious threats to the species: fossil fuel and renewable energy development, infrastructure such as roads and power lines, mining, land conversion and urban development. But activists worry that the plan ignores more recent data showing population decline and implementation will worsen any chance of recovery.

President Donald Trump’s administration has rolled back numerous environmental regulations, deeming them burdensome for business. The Republican president has also publicly doubted climate change and pulled the U.S. out of a multinational pact that aims to slow the rate of global warming.