Endorsement: How can Colorado help prevent teens from getting addicted to nicotine? Voting yes on Prop EE is a good start. 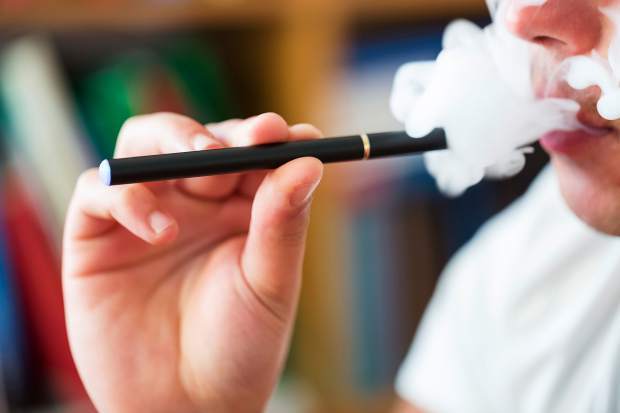 Editor’s note: This represents the opinion of The Denver Post editorial board, which is separate from the paper’s news operation.

In 2019, more than 50% of teens surveyed in the 12th grade say they have used an electronic vapor device in the past 30 days and slightly more than 25% of those teens say they crave the nicotine from those hits after a few hours.

That’s according to the 2019 Healthy Kids Colorado survey, and it’s evidence that Big Tobacco has found a way to ensnare a new generation with a lifelong addiction to an unhealthy product. The survey also found that of the thousands of teens who have used vaping products in the past 30 days, more than half have tried to quit.

Once nicotine products are started, quitting can be hard – very, very hard.

So how can Colorado help prevent the next generation from getting addicted to nicotine?

We think Proposition EE is a good start.

Right now unlike cigarettes, vaping products are not hit with a special tax. Cigarettes are taxed at 4.2 cents per cigarette, which is 84 cents per pack of 20. Other tobacco products, like chewing tobacco and cigars, are taxed at 40% of the manufacturer’s list price.

Prop. EE, which was put on the ballot by state lawmakers, would close that loophole.

The measure also raises all tobacco taxes across the board over the next seven years, until eventually cigarettes are taxed an additional $1.80 per pack, and tobacco and nicotine products (including vaping pods) are taxed at 62% of the manufacturer’s list price.

There’s strong evidence that taxes on nicotine products cause a decrease in sales. The fiscal note for House Bill 1427 – the 2020 bill that put the question on the ballot — assumes that there will be a .28% reduction in consumption for every percentage point by which the after-tax retail price is increased.

We hope it proves to be greater than that, and that teens drive the decrease in use.

To help in that pursuit, Prop. EE dedicates $11 million a year to the Tobacco Tax Cash Fund. While that fund does many things, one major goal is to promote cessation, and we think that the majority of the money should go toward helping people quit and a public education campaign about the health risks of nicotine and tobacco products to encourage people to use state services to quit.

But there is no denying that another goal of this tax is to raise revenue for the state. Despite projected cessation, the tax will bring in an additional $275 million when it is fully implemented in 2027. The idea of a tax that falls disproportionately on lower-income Coloradans who are more likely to use nicotine and tobacco products than wealthier Coloradans gives us a great deal of consternation and we are sure it worries everyone considering voting to support this tax.

Coloradans should know that the vast majority of that money in 2027 will also be going to assist low-income Coloradans in a way that research has conclusively shown will dramatically impact their quality of life for decades to come.

Proposition EE will fund at least 10 hours per week of free preschool for every 3-year-old or 4-year-old in the state who is a year away from entering preschool. Preschool is an incredible game-changer and it can help all students — regardless of race or socioeconomic status —  enter kindergarten ready to learn and on the same footing as their peers.

Currently, Colorado funds half-day preschool for 29,360 3- and 4-year-olds who are at risk of falling behind and about 9,000 low-income students attend head-start preschool programs funded by the federal government.

“We are trying to make available for the first time access to universal preschool for four-year-olds statewide, and we know the data is incredibly clear, that it is one of the best investments any state can make in terms of long-term impact on academic readiness for school as well as social-emotional development,” said former state Sen. Mike Johnston, who is leading Gary Community Investments’ effort to get Prop. EE into state law.

Johnston said that under the new law, any money remaining once all students have been given access to 10 hours of preschool per week will be spent giving lower-income students more time in preschool. The regions and counties can then use the money to create a sliding scale, so the lowest-income households could get 30 hours of preschool a week for their children the year before kindergarten.

And the new, state-funded, universal preschool program would work seamlessly with places like Denver County, where a local funding source has been implemented to provide some preschool allowing the program to serve younger children for more hours.

When weighing this proposal, The Denver Post editorial board decided to support a tax that will reduce the use of a harmful product, particularly among Colorado’s teens, close a tax loophole that is unfair, and fund a program that is critical for the future of our state.