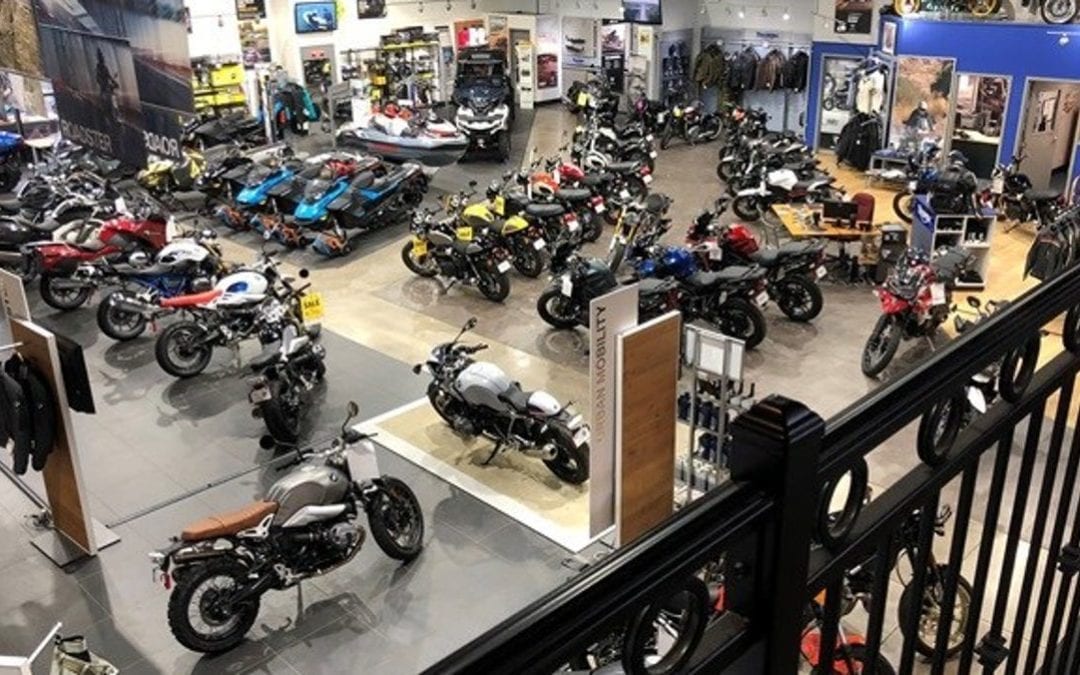 The deal for the company’s first expansion into powersports closed on Monday.

The auto dealership group bought NoCo Powersports from owner Michael Hendry, who had owned the store for 12 years.

NoCo Powersports is a BMW, Triumph and BRP dealership on the Interstate 25 Frontage Road in Fort Collins (1303 Frontage Road). Hendry bought the then BMW dealership in Loveland in 2008, added Triumph Motorcycles and moved to Fort Collins in 2013, and added the full BRP line of watercraft and snowmobiles.

The purchase is Elway’s first expansion into powersports, but not its first acquisition in Larimer County. In 2018, the group purchased Loveland BMW and Mini dealerships in Loveland.

According to the company, Elway’s team will retain NoCo Powersports’ existing staff, including general manager Brad Hendry, son of the previous owner.

When Michael Hendry decided to retire, he contacted Powersports Listings Mergers & Acquisitions to handle the sale, according to a press release.

“The powersports market is a great way to expand and diversify our business,” said Michael Maledon, chief operating officer of the Elway Dealer Group who will oversee the powersports division.

“While we continue to look for strategic opportunities to acquire additional dealerships, our entry into powersports will allow us to leverage our strengths, particularly in identifying and recruiting top talent,” Maledon said. “The Hendrys have assembled a terrific team, and we are excited to have Brad stay on to help us lay the foundation for this new chapter.”

Michael Hendry said Elway’s group was the right organization to “carry NoCo Powersports into its next phase. The team is excited to be part of Elway Dealer Group’s continued success and growth.”