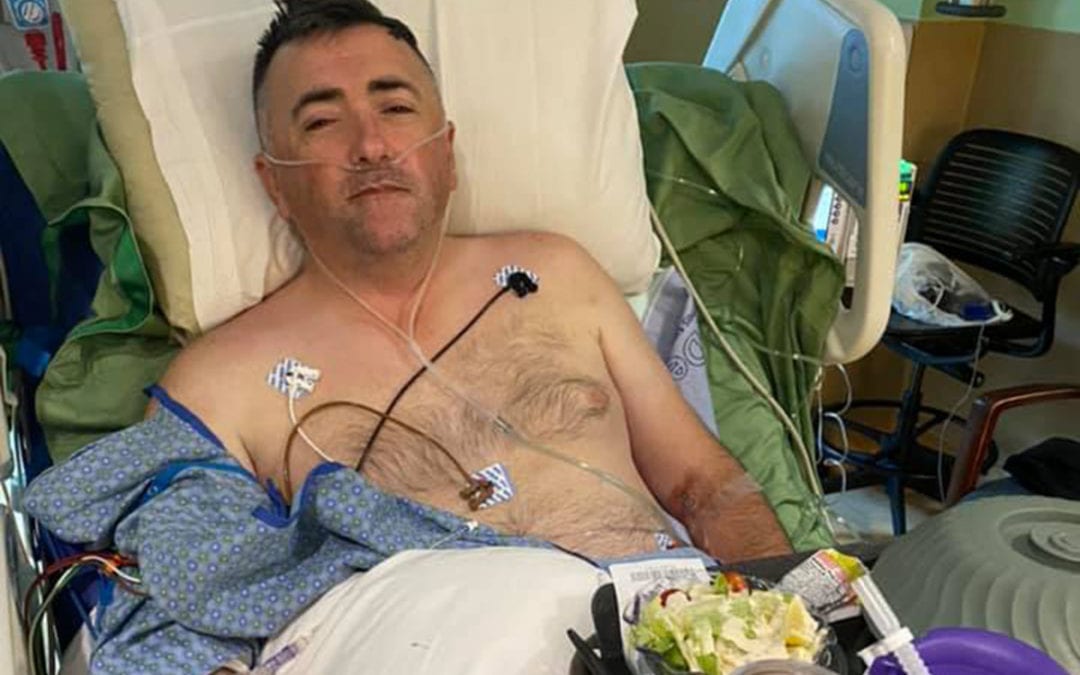 A Colorado man who was enjoying a pleasant round of golf with three pals ended up in the hospital after a nasty encounter with a large bull elk, which ripped his kidney into three pieces.

Zak Bornhoft, 41, and his friends were about to complete the Evergreen Golf Course outside of Denver on Saturday when they were met by dozens of elk roaming around the 18-hole course, CNN reported.

“The golfing went pretty good throughout the day until we got to the back nine and saw all the elk,” Bornhoft told the network in a phone interview from his hospital bed.

“This bull elk was just eyeing us down,” he continued. “We were slowly going forward and he started charging at us and he missed. My buddy gassed it to get away and the elk gored me on my right side.”

“It was unbelievable,” he told CNN. “(The elk) was just freaked out and there was nothing we could do.”

Bornhoft also recounted his ordeal on Facebook, where he insisted that he and his friends “definitely were not playing with the elk!”

“There was absolutely nothing I could do in my situation. It’s unbelievable how fast and wide the news travels. So here’s the real story. The Elk owned the property and he didn’t want us on it,” he wrote in a post titled “Zak vs The Elk.”

“I didn’t do anything wrong, I didn’t try to play with the Elk, I took pictures from a distance and zoomed in the photos. The driver of my cart is devastated but there wasn’t really anything he could do. We were just trying to get away.”

Bornhoft’s wife, Megan, also recounted his ordeal on Facebook, where she said that “after a long night/half day of waiting we are relieved to say that the urologist thinks the kidney will be able to repair itself!”

Megan added: “The trauma team put zak under last night to flush his wound, they were able to clean up until his back muscle, but could not safely go further. He continues to be in a tremendous amount of pain, but is handling it in true Zak fashion…dry humor!!”

A spokeswoman for Denver Parks and Recreation told CNN that the incident was the first time in at least 15 years that a golfer has been gored.

“They are just all over the course but people can play through,” Cyndi Karvaski said. “There is signage posted around the course to warn golfers to stay away from the elk.”

Megan said her hubby was “in much better spirits now that he got some food in his belly!!”

“I am so very thankful that this buck struck where it did because things could have looked much different right now! I’m blessed to be sitting next to my husband, even if it’s masked up in a ICU room,” she wrote.

“Thank you to all who have reached out with prayers and well wishes, keep them coming as we are not out of the clear yet!! Oh and if you ever find yourself in Evergreen playing golf…just make sure it’s not during mating season!”