Election Director: Colorado on pace to be first US state to reach 80% voter turnout 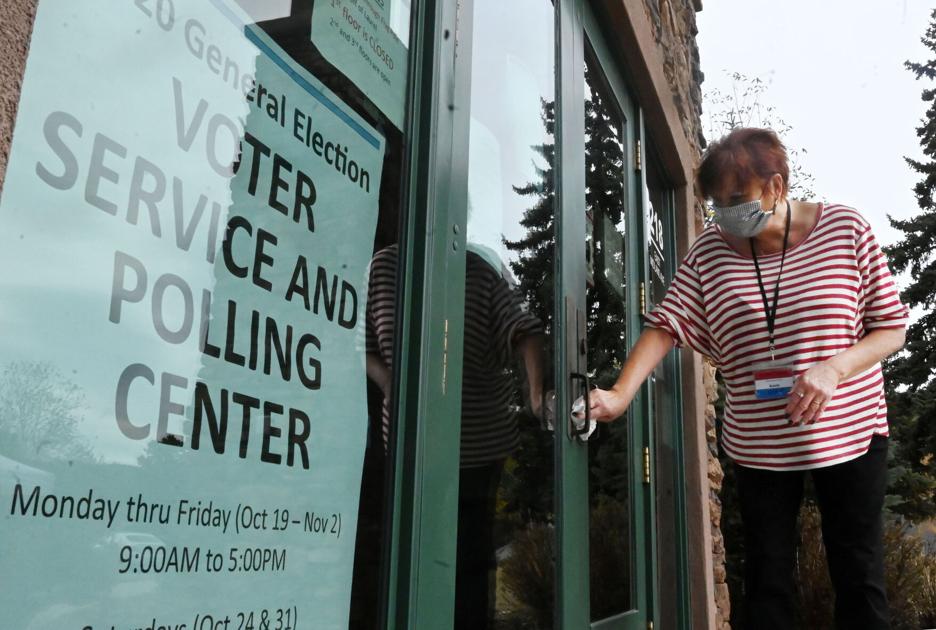 Heading into election day most Colorado voters had their work done, with a record number of ballots already returned.

More than 2.7 million ballots have been returned in Colorado, according to data released Monday from the Colorado Secretary of State’s office.

The numbers statewide reflect more than 59% of ballots returned by eligible voters and more than 67% of active voters, Colorado State Election Director Judd Choate said in a tweet Sunday, putting Colorado on pace to be the first U.S. state ever to reach 80% turnout among eligible voters.

Colorado’s turnout is 2,533,050, or 67.2% of active and 59.1% of eligible voters. At this pace Colorado could be the first US state (ever) to reach 80% turnout among eligible voters. #vbm #VoteByMail @colo_politics @coloradopols @CPRNews @ElectProject @JessicaHuseman @CoCtyClerks

Texas and Florida are also projected to reach that 80% threshold in Tuesday’s election, Colorado Secretary of State Jena Griswold said conference Monday afternoon, though she hoped Colorado would top the nation for voter turnout.

“We’re pretty excited to see the final results,” she said, adding that Colorado’s early mail-in ballot numbers are already more than 90% of total voter turnout in the 2016 presidential election.

Because of contentious races and proposals on this year’s ballot, El Paso County Clerk and Recorder Chuck Broerman previously told The Gazette he expects up to an 80% voter turnout among the county’s 435,000 registered voters, up from the typical 70%. Teller County Clerk and Recorder Krystal Brown has said she expects up to an 85% of voter turnout among Teller County’s nearly 20,000 registered voters, up from the normal 80%.

The increase in participation across the state and nation shows how engaged voters are, and early voting numbers in Colorado also prove the success of the state’s election model, Griswold said.

Broerman, Brown and Griswold encouraged voters to use their mail-in ballots to vote at home and return sealed, signed ballot envelopes to any drop box or voter center in their county to avoid long lines on election day and reduce the risk of exposure to or spread of COVID-19.

On Monday, El Paso County opened an additional 13 voter service and polling centers, bringing the total to 35 locations. All locations will be open from 7 a.m. to 7 p.m., according to a news release. Voters can drop off their ballots in person at any one of these locations, according to the clerk and recorder’s website.

El Paso County voters may also drop their ballots off to any of the county’s 37 drop boxes by 7 p.m. Tuesday.

For a list of El Paso County voter service and polling center locations and hours, as well as drop box locations, visit epcvotes.com.

Teller County voters can cast their ballots at the voter service center at the Woodland Park Library Monday and Tuesday. The location will be open from 7 a.m. to 7 p.m. Tuesday, according to the clerk and recorder website.

On Election Day only, voters in Teller County may also vote in person at voter service centers in Cripple Creek and at the Florissant Library from 7 a.m. to 7 p.m. Additionally, voters can drop off their ballots into one of three drop boxes in Teller County by 7 p.m. Tuesday.

For a list of Teller County voter service and polling center locations and hours, as well as drop box locations, visit co.teller.co.us/CR and click on the “2020 General Election Information” link.

Griswold also said Monday the state has sent personal protection equipment, including masks, to each Colorado county for its election workers and poll watchers, and is reimbursing counties that purchase additional equipment.

Griswold said she also issued a series of election rules to keep voting during the pandemic safe. Election workers must wear masks and counties must follow public health guidelines, must allow for social distancing at voter centers where practical, and must disinfect voter equipment, she said.

“Any change in the COVID levels in counties will not affect the voting centers and how they operate,” Griswold said. “Voters should feel confident whichever way they choose to vote.”

Voters can still register at any voter center through 7 p.m. Tuesday.

The deadline to vote or return a ballot is also 7 p.m. Tuesday.