Elderly Colorado man files lawsuit against police after he was tased, knelt upon 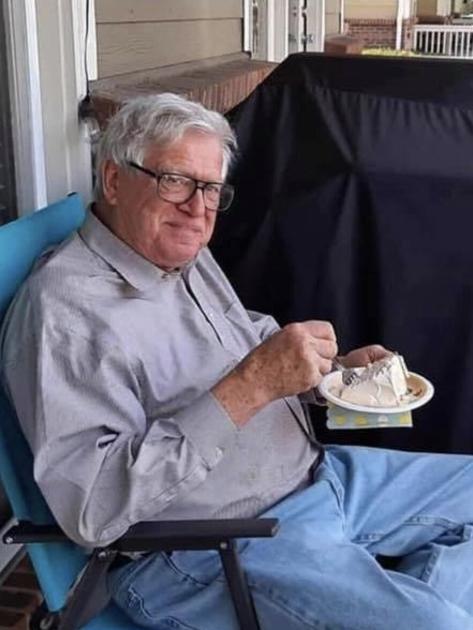 An Idaho Springs man filed a lawsuit Monday against three police officers and the town itself after he was punched, hit with a stun gun and had his neck knelt upon in May.

The man, 75-year-old Michael Clark, accuses the Idaho Springs Police Department of excessive force and of manipulating evidence to make it look like the elderly man approached them with a machete. The lawsuit alleges that police entered his home unannounced and on the allegedly false accusation that he’d punched a neighbor and knocked her unconscious.

They accused the agency of not providing proper training for its officers and claimed that even if that training existed, “their behavior as seen on video demonstrates that they deliberately disregarded that training pursuant to a custom, pattern or practice at Idaho Springs of doing so.”

Messages sent to the Idaho Springs Police Department, as well as the city’s mayor and  administrator, were not immediately returned Monday. Schielke said in a statement that her client may speak publicly later Monday.

“These officers committed assault, burglary and kidnapping on Mr. Clark,” Shielke said in a statement. “It’s all on video. … How could so many individuals at so many levels of government fail so repeatedly and deliberately to execute their duties to keep this innocent, elderly man safe? It is a culture of recklessness, indifference and self-protectionism. And sadly, as the events of this case illustrate – it goes all the way to the top. With this lawsuit and everything else he has left, Mr. Clark intends to put an end to it.”

Idaho Springs officers Ellie Summers, Nicholas Hanning and their supervisor, Corporal Richard Sonnenberg were all named individually in the lawsuit, as was the town of Idaho Springs. Hanning was fired earlier this month and has been charged with third-degree assault.

The body cam video was released last week and shows Clark answering the door to Summers and Hanning. The officers said hey carried a machete or sword, but images included in the lawsuit indicate it’s a “collectible sawfish snout sword, made from the bill of a sawfish,” according to the lawsuit.

After the officers began shouting commands at him, Clark put the object back on a shelf, the video shows. As Hanning and Summers commanded him to leave the apartment, he refused. Hanning then tased Clark, who fell and hit his head, the video showed. The suit alleges that Hanning, in an effort to move Clark, hit the man’s head again.

Video shows the officers dragging Clark into the hallway, where Hanning knelt on Clark’s neck. The officer can then be seen on his body camera retrieving the snout sword from the shelf inside the apartment and dropping it in the hallway.

The suit alleges that a neighbor, Brittany Odom, called the police because Clark, allegedly frustrated with the noise she was making, punched her in the face. In the lawsuit, Clark denies he touched Odom or even left his apartment. He allegedly banged on his wall to get her to quiet down before going back to sleep.

Odom and her boyfriend Timothy Braden could not immediately be reached for comment Monday. Phone numbers listed for both were disconnected, and an email sent to Odom was not immediately returned.

Clark’s health deteriorated after the incident. After the incident his attorney says he suffered a stroke, his appendix would burst, and he would require heart surgery. Though previously independent, the suit alleges that he’s now living in a full-time nursing home. He allegedly told Summers that he’d rather die than enter such a facility.

The suit alleges all three of the officers involved in the incident had been investigated for earlier misconduct.  The suit claims Hanning had used physical force on another elderly man and that he and Sonnenberg had both been fired by the Park County Sheriff’s Office.

Clark and his attorney ask the court to order unspecified damages, a formal apology, and police policy and training changes.