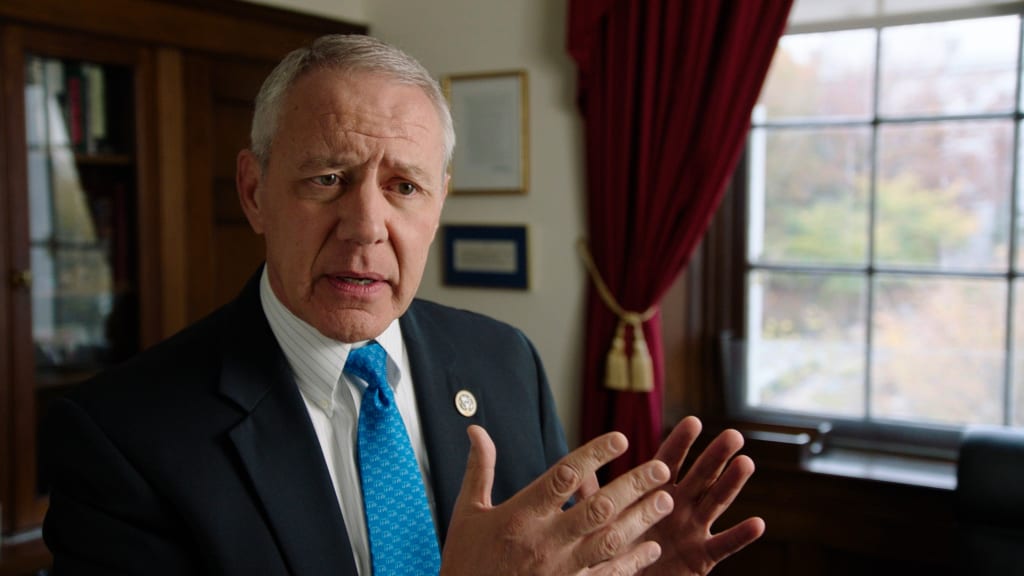 Faith shaken in the Colorado Republican Party after yet another local dustup, El Paso County GOP officials are considering a vote of no confidence in state party Chair Ken Buck, hoping to quash the chances of a second term for him in that role.

Missy Ward, a member of the El Paso County Republican Party Executive Committee, told The Denver Post on Sunday that Buck committed “gross malfeasance” in refusing to support the committee’s effort to remove the county party treasurer, and a no-confidence vote could be taken before the Nov. 3 election.

Other local Republication leaders, such as state Rep. Larry Liston, don’t want to take an official vote, although they, too, say Buck and the state party can no longer act with neutrality toward Colorado’s largest Republican county.

“Ken Buck should go back to being a congressman and let somebody else who can be objective and reasonable and fair be the next state party chair,” said Liston, also a member of the local executive committee.

A no-confidence vote would have little tangible impact on Buck, but comes at an awkward time as a major election approaches — one in which he is on the ballot in his position as U.S. representative for Colorado’s 4th Congressional District.

“The State Party continues to work with County Partners on the internal challenges they may find themselves in,” Colorado GOP spokesperson Joe Jackson said Sunday in response to a request for comment from Buck. “Our team is focused on winning elections, electing Republican leadership, and delivering results for all Coloradans.”

The new objections mark the third time Buck has been drawn into a county party controversy this year, with the other two situations arising in El Paso and Weld County.

El Paso Republicans say Buck’s actions have caused consternation, created grudges between party members and besmirched the party as a whole at a time when the focus should be on the re-election of President Donald Trump and U.S. Sen. Cory Gardner.

The latest friction in El Paso County began when the county party voted overwhelmingly in mid-August to remove treasurer John Pitchford, Liston said. During a radio interview, Pitchford — an unelected member of the county party — had called more than a dozen locally elected Republicans racist for censuring county party Chair Vickie Tonkins, who is Black.

Tonkins was censured after she asked on the party’s official Facebook page whether people believed the coronavirus pandemic — which has killed nearly 200,000 people nationwide and nearly 2,000 in Colorado — is a “PSYOP (Psychological Operation).”

Party officials also had issues with how Pitchford was performing as treasurer, Ward said. Despite a vote from the county’s executive committee to remove Pitchford, Tonkins rejected the move, Liston said. She cited procedural concerns in her decision, and the matter was appealed to the state party.

“It’s enough, it really is. We can’t get anything done,” Ward said. “And it’s just this one group of fringe radicals. They refuse to follow the laws.”

Buck did condemn Pitchford’s on-air comments and ask that the treasurer refrain from making more public comments — a move that El Paso County Commissioner and executive committee member Stan VanderWerf said was at least a small step in the right direction.

But still VanderWerf and Holly Williams, his fellow commissioner and committee member, said they were disappointed in the decision. Both said they were not in favor of a no-confidence vote and would rather handle the disagreement after the election.

That new meeting will likely only be postponed into oblivion, however, Ward predicted. Plus, she and others said they have no faith in any new meetings with the state party.

“Why would anybody go to another meeting and participate in anything with GOP headquarters?” Landgraf said.

State Rep. Tim Geitner of Falcon also expressed his disappointment with state party leadership, which he said has abandoned candidates and elected officials in El Paso County and stripped the local executive committee of its power by allowing a “dictator-like rule.”

“One thing is certain, if Sen. Gardner and President Trump are to be successful, it will be because of hundreds of volunteers that have been working with local candidates to get out the vote, as well as the well-organized Trump ground campaign despite the deliberate sabotage of the county party leadership,” Geitner said in a statement.

Earlier in the year Buck pressured an El Paso County GOP leader to submit caucus vote results to the state that were contrary to the actual results. The Colorado Office of Attorney Regulation is currently investigating following a request from the left-leaning ProgressNow Colorado to have Buck, an attorney, disbarred.

And a complaint was filed with the Colorado Attorney General’s office in May alleging election fraud and corruption among several Weld County Republicans, including one of Buck’s aides.