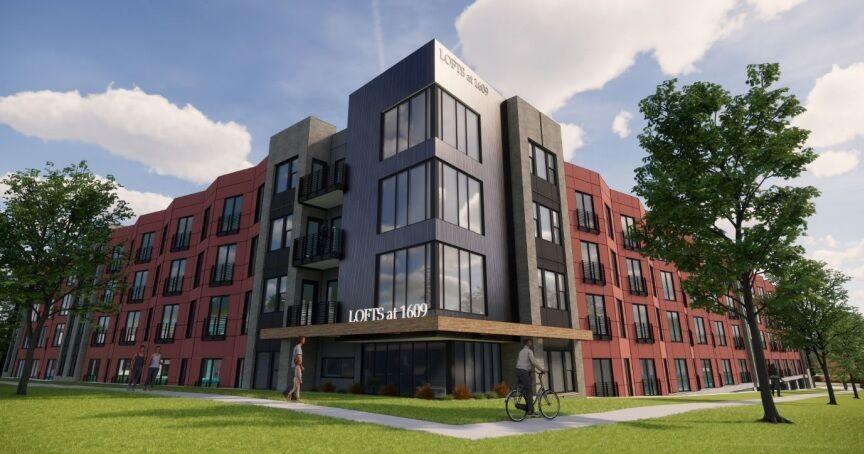 El Paso County commissioners on Tuesday approved a 25-year tax incentive agreement with the Colorado Springs Urban Renewal Authority to build a new housing development on the city’s southeast side, an area where county leaders said they have long sought to reduce blight and provide more affordable housing.

Construction on the complex, known as Lofts at 1609, will take about 19 months and should wrap up around May 2023, she said.

“This is a tremendous win for the southeast region, bringing some brand-new affordable housing units into the inventory of that region,” El Paso County Economic Development Executive Director Crystal LaTier said.

The new four-story apartment complex will serve residents earning between $17,000 and $57,000 a year and will include 137 one-, two- and three-bedroom apartments that are just under 1,000 square feet on average, Sorensen said.

The complex will also include amenities like a fitness center, playground, dog park, dog showers and indoor bicycle storage, she said. A planned community room may also be used for community meetings, after-school tutoring and employment outreach, among other initiatives.

“We want to connect this project to the community,” Sorensen said.

More than $35 million has been secured for the project from a mix of state, county and city monies, Sorensen said. The tax break approved by commissioners Tuesday will provide about $1.6 million more for the project, or about 4.5% of the project’s total financing, she said.

The additional $1.6 million in funding is essential to the project, which wouldn’t be viable without it, Sorensen said.

El Paso County will continue receiving just under $18,500 in base taxes on the property, and excess revenues under tax increment financing will go to the Colorado Springs Urban Renewal Authority for the project, Simmons said. Per the agreement, the authority can spend 100% of property tax increment revenues on the project.

Commissioner Longinos Gonzalez said he would feel more comfortable allowing the authority to spend 87.5% of property tax increment revenues for the new complex instead of 100% of revenues because it would allow the county to use the funds for other services. Gonzalez ultimately voted to approve the agreement because the project was relatively small and the cost “relatively low.”

“Housing in general has become more and more of a prevailing issue for everybody,” he said. “… The fact that this one is a specific affordable housing project versus a general housing project does give me some confidence that this is a strong and worthwhile investment, because that’s what this is.”

Commissioner Cami Bremer heralded the agreement as one option local governments have to address what she called the “housing affordability and attainability crisis.”

“This is one of the tools we have to actually impact the projects that are viable in an area that really, really needs them,” she said. “I’m excited to see this.”