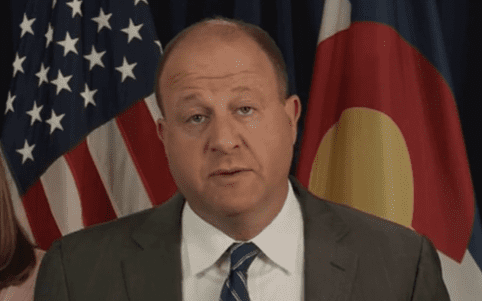 There are times when Democratic Gov. Jared Polis comes across a lot like a Republican.

Last year, he publicly lauded a largely GOP-backed ballot initiative to cut the state income tax from 4.63% to 4.55%. It passed handily in November with 58% of the vote and will save Colorado taxpayers hundreds of millions of dollars in its first two years.

A year earlier, Polis similarly praised a proposal in the Legislature by minority Republicans to cut the income tax.

Such musings don’t sit well with his party’s inner sanctum and push the Democrats’ socialist wing to the point of apoplexy. They have no use for Polis’ off-the-cuff brainstorms, which bear scarcely a trace of the Boulder-born-and-bred liberal. They reflect instead the sensibilities of the pioneering net retailer who made himself fabulously wealthy.

Last week, the governor did it again — topping himself on the topic of taxes. During a Q&A session at a conference hosted by the conservative Steamboat Institute in Steamboat Springs, Polis let on that he believes Colorado should levy no income tax.

Polis elaborated for the gathering, as recounted by national news site The Center Square:

“In effect, when you tax something, you penalize it,” the governor said. “And there are things you might want to penalize as a society, like pollution. But if we can move away from taxing things like income — which you don’t want to discourage — to something we fundamentally don’t want, then you’ll have a more pro-growth tax structure that gets the right incentives in place.”

The session moderator then asked what the governor thought was the ideal income tax rate for Colorado.

“It should be zero,” he replied. “We can find another way to generate the revenue that doesn’t discourage productivity and growth, and you absolutely can, and we should.”

Colorado’s job creators in the private sector, whether small businesses or large, would be delighted. So would most if not all rank-and-file wage earners across the state.

As The Center Square’s report further noted, Colorado ranks only 21st among the 50 states and Washington, D.C. for a favorable tax structure and climate. That’s according to a study this year by the Tax Foundation. The study ranked Colorado 36th best for sales tax collections and 32nd best for property taxes — in other words, most states have it better.

Nine states have no individual income tax, and Polis evidently would like Colorado to become the 10th.

We’d like to think he wasn’t just playing to the conference’s mostly conservative crowd, as politicians of every stripe are inclined to do at times. We’d prefer to think it’s another case of Polis earnestly thinking out loud.

It’s an attribute he shares with our recently departed former governor, Dick Lamm. Much like the late, three-term Democrat and political wave maker, Polis adores ideas and shares them freely as they cross his radar. He does so, seemingly without regard to their political impact.

Some of those ideas underscore a keen grasp of economics; of the power of the free market to generate prosperity across the board, throughout society — if not taxed and regulated into oblivion.

After all, this is the same governor who, decades ago while still a college student, co-founded early internet provider American Information Systems. He founded a pioneering electronic greeting-card site in the ’90s, when internet retail was still in its infancy. He sold it a few years later for $430 million in stock and $350 million in cash. He also founded an online florist service in the ’90s that eventually went public on the stock market and then was acquired for $477 million.

His online flower success, ProFlowers, is also where he connected with noted free market economist Arthur Laffer, who had advised the startup and joined its board.)The two have remained friends since; Laffer also put in an appearance at last week’s Steamboat confab.)

Polis the business wunderkind not only knows how to make money but, more important, gets what it takes for others to prosper. Cutting taxes — or eliminating them — is an excellent place to start. We encourage the governor to keep pushing the envelope in that direction.

Of course, Polis the political animal, faces the competing priority of pleasing his party. Too often, his party is the one that addresses society’s challenges by collecting more taxes rather than by cutting them.

Which Polis will prevail?