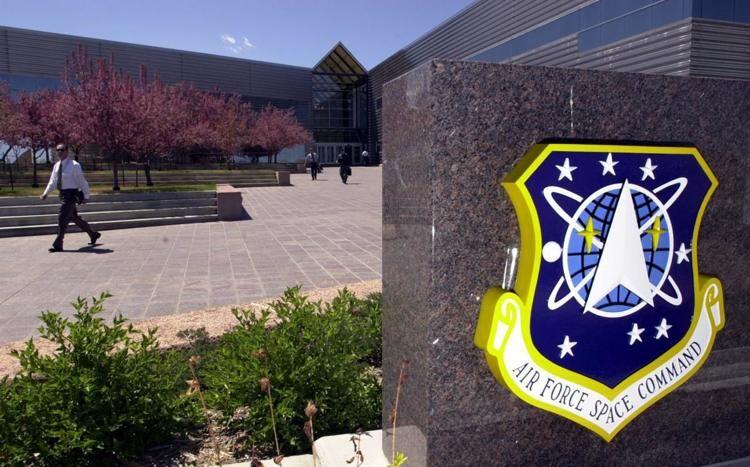 Three primary factors, regardless of anything else, should make relocation of the Colorado Springs-based Space Command an unthinkable prospect:

1. Billions of dollars have been invested in assets used by Space Command in and around Peterson Air Force Base. Abandoning them for a political favor would cost taxpayers a substantial and needless expense at a time when the national debt is rising beyond our economy’s ability to service it. If President-elect Joe Biden cuts military spending after taking office, the prospect of a move becomes even more financially absurd. That’s not to mention the money we must continue hemorrhaging trying to recover from the pandemic. We cannot disrupt the military at a time like this.

2. At Peterson, Space Command is surrounded by key supportive institutions that include the Air Force Academy, seven of the nine space deltas of Space Force, the Reserve’s only space wing, the sole Army Space brigade, the largest statewide concentration of aerospace employees in the country, 250 aerospace and defense contractors in the region, the International Space Foundation, NORAD, Northcom, and more.

3. The U.S. hasn’t the luxury of the time to use Space Command as a political pawn that can move from the most logical site to one that appeases powerful politicians. It’s not a chunk of pork fat. It is a critical military combat command that cannot waste a day in catching up to China and other adversaries who are racing to develop military space dominance that threatens our sovereignty and our ability to communicate.

Those key considerations, which go directly to the interests of optimizing national defense, should end considerations of a move. Yet, Pentagon officials are also assessing matters of “livability” and the general desirability of the cities under consideration. They don’t want to station 1,400 highly specialized military and civilian personnel in a place that won’t support them and appeal to them. We’ve even heard of an unwritten “cool factor” the government might consider when making this decision.

In contemplating the lifestyle and cultural considerations, it seems apparent the government should permanently locate Space Command where young, educated people want to live. Doing so will help the Pentagon recruit the best and brightest.

There is no question where young adults want to bring up families and cultivate careers. The numbers do not lie. Young adults choose the Springs over other metro areas in the U.S. Most other communities competing for Space Command do not come close.

City leaders have made Colorado Springs attractive to stable, successful young adults by emphasizing public health and safety, transportation, education, and family-friendly policies. Unlike too many other Colorado cities, the Springs has resisted the temptation to profit from the legalization and taxation of pot and other drugs. The Springs is an oasis of health.

A 2018 study by the Brookings Institute’s Metropolitan Policy Program examined the migration trends of Americans ages 18-34. It found they move to Colorado Springs at a higher rate than anywhere else in the country — including cities with legalized recreational drugs. Of the five other Space Command finalists, only San Antonio made the study’s Top 10 cities for millennial growth.

Other Space Command finalists do not fare well in their attractiveness to young adults. Albuquerque and Omaha rank in the second-lowest of four categories, with 2% to 5.8% millennial growth. The Palm Bay-Melbourne-Titusville, Fla., metro falls in the third-lowest category with 5.8% to 10.8% millennial growth.

“Metropolitan areas with the lowest millennial shares tend to be in Florida — where millennials are sometimes crowded out by older generations,” the study explains.

Given the cultural and natural attractions of Colorado Springs, nearby Denver, and the Front Range of the Rockies — the gateway to America’s playground — the Pentagon can search the country over and find no place that competes with the Springs for the hearts and minds of military professionals old and young alike.

The cultural and economic vitality vibe of the Springs has attracted investments from diverse sectors of the economy. Southwest Airlines recently established air service, with plans to expand, even though it offers a large and growing number of flights at Denver International Airport just an hour north by car. Amazon and other major companies are locating and expanding in the Springs so fast that it is hard to keep up with all the good news.

Colorado Springs has new world-class museums and visitor centers, cultural institutions such as the Ent Center for the Arts, hospitals and other medical facilities, and every business imaginable — even during a worldwide pandemic. The coveted West Coast food chain In-N-Out chose the Springs for its regional distribution hub and first Colorado restaurant, even though Denver politicians had courted the business for a decade.

If political favoritism causes relocation of Space Command, Pentagon officials and the president would choose to disrupt this essential component of the military — jeopardizing national defense — to leave the country’s most desirable city. It would choose a location less amenable to space scientists, dividing their professional community, at a needless cost of hundreds of millions of dollars. By every metric imaginable, Colorado Springs should host Space Command forever. Relocation would rightly scandalize the country, which has an obvious affinity for Colorado Springs.