EDITORIAL: Taking back our public spaces in Denver — for all of Colorado 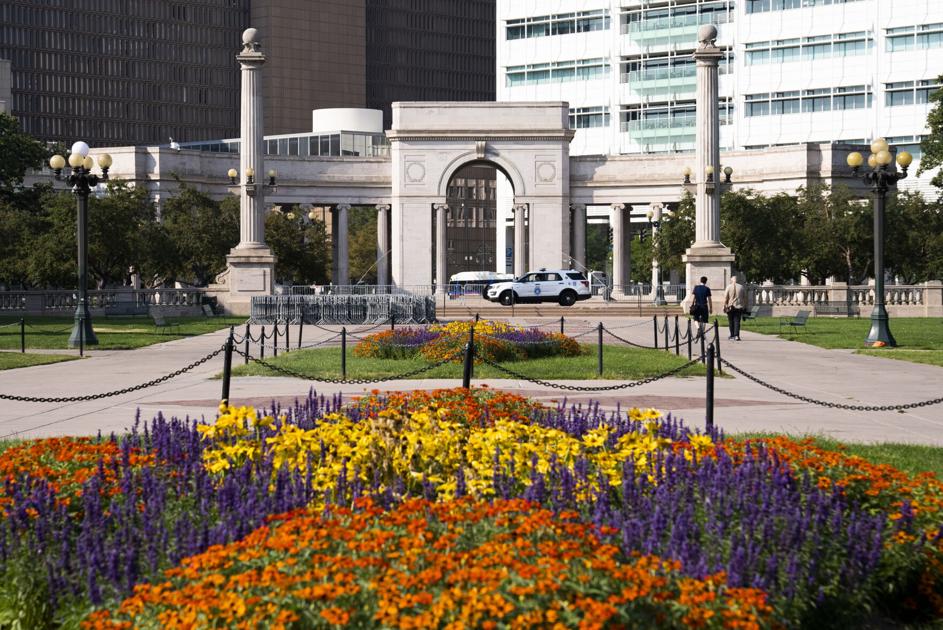 Much of Colorado can lay claim to downtown Denver’s Civic Center Park. The historic expanse between Denver’s signature City and County Building and the majestic Colorado State Capitol has served for generations as a town square for the whole state.

Over the years, it has provided a central venue for regional cultural events like Taste of Colorado. It has served as a stage for peaceful political protests. It has been a getaway where nearby office workers could grab a snack from a food truck and eat in peace. It has offered urban open space in which to run off kids’ extra energy after a visit to the Denver Public Library or a field trip to the Denver Art Museum just next door.

Until, that is, the whole place was invaded, conquered, trampled and defiled by itinerant street dwellers who “camp” where they please — and who have been indulged for far too long by local authorities.

Little by little, then in ever-greater numbers, they overtook the park with their tents and lean-tos and boxes. They passed out on park benches. They used the bushes and trees as lavatories. They openly shared and abused drugs and alcohol. They harassed and panhandled passersby. Drunk and high, they quarreled with one another, sometimes coming to blows and sometimes worse. And they drove off everyone else. The park has accumulated food waste — attracting rats — as well as human and pet waste. There are mountains of trash, including discarded needles and drug paraphernalia. Is it any wonder the general public avoids the place?

“It’s not safe to walk through the park,” Scott Gilmore, Denver’s deputy manager of parks and recreation, told the media last week. “We need to take back the park.”

So, Denver City Hall is doing just that. As reported by The Gazette, the city will close Civic Center Park starting Wednesday, keeping it fenced off for at least a couple of months to restore it to its intended use by the general public. At long last.

The development should be welcomed by all — far beyond Denver’s city limits. That’s not just because all Coloradans take pride in the keystone park and gateway to the Mile High City. It’s also because other sizable cities along the Front Range have a stake of their own in the quest to reclaim their public spaces. Colorado Springs, Aurora, Pueblo and Fort Collins all face similar woes.

They, too, must deal with parks, streets, trails and other public property that has been turned into urban blight and festering squalor. The stench of trash and human waste; the inebriated, desperate souls who stumble through each day enveloped in clouds of pot smoke or in an alcohol-induced fog; the eyesore of shantytowns sprouting like weeds in city centers.

And then there’s the danger.

In announcing the city’s closure of Civic Center Park, a press statement called it a “hotspot for violence, crime, drug sales and substance misuse.” As The Gazette reported, there have been 452 reported crimes at and around Civic Center Park so far this year; 26% of them were property crimes, 23% were drug-related and 15% were violent crimes. There were 54 assaults, 11 robberies, two sexual assaults and two murders. Last month, a triple shooting in the park left one man dead and two men seriously injured. The city is cracking down not a moment too soon.

Yet, even as we cheer the city’s action, it raises some nagging questions.

Among them: How did things get so bad in the first place? It is almost unfathomable how a beautiful park that serves essentially as the front yard of local government could be overrun by lawbreakers and ceded to them for so long.

It likely has a lot to do with the misbegotten notion that they are victims. Of social injustice; of economic inequality; of racism and the like. And self-styled activists, naive policy makers and even some of the news media have perpetuated that misconception.

In reality, they are not among the conventional “homeless.” While they don’t have homes or jobs — and after years on the streets, no longer could afford a home or hold a job — it’s not for lack of opportunity. It is for lack of desire. It is because of a choice they have made to live on the streets. A poorly informed choice, no doubt — skewed by substance abuse or mental illness. But a choice nonetheless. These are, after all, people who typically refuse shelter space, food or other assistance — most notably rehab, mental health counseling or day work.

Which raises another question: What’s to prevent a reoccurrence once the park reopens? Gilmore promised round-the-clock patrols by law enforcement once the fences come down. That’s a start. But a more meaningful test is if the city can commit to regularly, aggressively enforcing its camping ban — overwhelmingly upheld by voters on the ballot just two years ago.

“This cannot and will not be allowed to continue,” Denver Mayor Michael Hancock said of conditions at Civic Center Park. “This is the people’s park, and we are taking steps so that everyone can once again feel safe and welcomed there.”