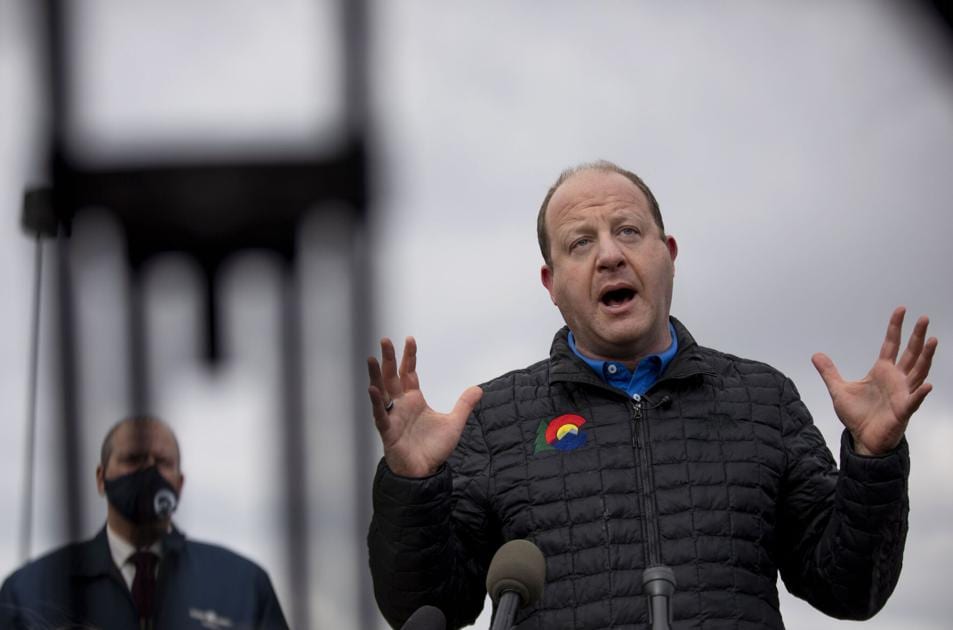 It was inevitable that ruling Democrats in the legislature would dismiss protests from minority Republicans about gubernatorial overreach in the time of COVID. The loyal opposition has expressed various concerns about COVID restrictions ordered by the state’s chief exec. The gripes were muted at first when the virus set in last spring but grew louder as the summer dragged on into fall; as businesses started to fail, and as the general public grew restless.

Democrats, however, kept largely in lockstep with the governor’s edicts, uttering consistent if muffled support from behind their masks. Gov. Jared Polis is a Democrat, after all (even if he does surprise us at times), and a party has to protect its standard bearer. So, Polis’ allies in charge of the state House and Senate could be expected to have little appetite or patience for GOP efforts to rein in executive authority — regardless of the issue at hand.

When the issue happens to be a global pandemic, they’re of course even less inclined to play ball. Even if some legislative Democrats might feel privately that the governor and his public health team went a bit far on some of their orders — or in other cases, perhaps, didn’t go far enough — they’ll reason the administration made the best calls it could under pressure and on the fly. And they figure a lot of the public, weary of the restrictions but still wary of the virus, just might back them up.

Yet, to even a Polis loyalist, not all of the Republican objections must seem unwarranted. By one recent tally, the governor has issued 260 orders and counting in the campaign against COVID-19. The odds are that at least a few of those orders could conceivably be deemed missteps in hindsight — by the lights of Democrats as well as Republicans. Isn’t it reasonable to revisit decisions in the interest of making better ones in the next crisis?

Knowing they are outnumbered, Republicans nevertheless have made legislative attempts to call out the governor’s authority to impose mask orders; to decree which industries may operate and at what capacity; to establish COVID “dials” for gradual reopening, and so forth. While mask orders seem to be an article of faith among Democrats — as well as a proud point of distinction from all those unmasked Republicans impudently running around the second floor at the Capitol! — some of the other decrees ought to give the Democrats pause. Particularly if they harm small business, whose support both parties always seem to claim.

Yet, this week, Democrats shot down as worthy an attempt as any so far by the GOP to narrow the executive branch’s authority in managing a public health emergency. As reported by our news affiliate Colorado Politics, a proposal sponsored by Republican Sen. Rob Woodward of Loveland would have allowed smaller businesses to remain open during a public health crisis if larger ones that sell the same products are allowed to stay open.

You’ll recall some big-box chains — discount houses, grocery stores, home-improvement outlets — continued operating during the lockdown last year. Small, independent vendors of similar products were in some cases deemed not essential. Understandably, it was a major point of contention.

Woodward’s bill died in committee on a party-line vote. It never had a chance, in fact, given that it was assigned to the Senate State, Veterans and Military Affairs Committee, traditionally the ruling party’s firing squad for the opposing party’s legislation.

Supporters had made an impassioned case during the bill’s hearing.

“Many of the store fronts in every community were shuttered during that time, and sadly many are now vacant, because of small businesses’ inability to make sales,” Sandra Hagen Solin, who represents north Front Range chambers of commerce, told committee members.

Rachel Beck, the vice president for government affairs for the Colorado Springs Chamber and EDC, told the committee that small-business proprietors in her community see it as a matter of leveling the playing field.

“They’re upset by what they see as unfair competition,” Beck said. “They saw that big stores were able to sell the same things they sell. I think we can agree that that’s one of those things that was among the unforeseen consequences. This is my first pandemic. I assume it’s everyone else’s, as well.”

It didn’t sway the Democratic majority, but their opposition seemed half-hearted and muddled at best — as if they just wanted to dispense with the day’s dirty work on the “kill committee.”

Typical was an observation by Sen. Julie Gonzales, D-Denver, that she was uncomfortable “saying let’s go change the way we do public health orders, while we’re still in the midst of an active pandemic.” How about when the waning pandemic is officially over? Might she consider fine-tuning the process then? Will any of her peers?