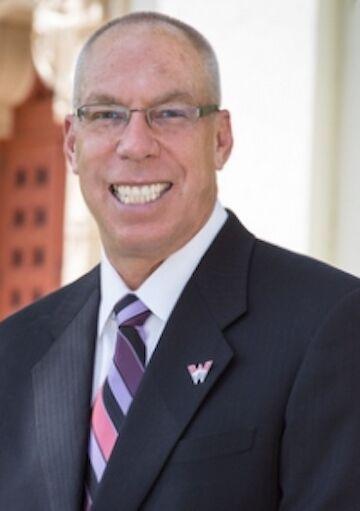 Higher ed’s Jacobins have been sharpening the blade on their guillotine this week — not only at CU, as we noted here Wednesday, but also in the bucolic mountain town of Gunnison. There, a minimob of incensed faculty at pint-sized Western Colorado University was held at bay — for now, at least — after the school’s Board of Trustees decided on Tuesday to let university President Greg Salsbury keep his job. The fate of University of Colorado system President Mark Kennedy, meanwhile, seems less certain amid continued demands from some CU faculty for his ouster by the system’s politically divided Board of Regents.

Both dust-ups essentially involve a showdown between a chief exec who has bent over backward to embrace the latest dictates and dogmas of academia — on inclusion, on diversity, on equity and the like — and a faculty that sets the bar so high he can never succeed. Indeed, their standards are so nebulous and in some cases, so ridiculous, they are unattainable. It is not clear even they know what they want.

In the case of CU’s Kennedy, members of the faculty assembly penned a letter to other faculty last month denouncing the president for, “failure to uphold the University of Colorado’s commitments respecting diversity, equity, and inclusion.” They seek to leverage a censure by their assembly to prompt the regents to get rid of Kennedy in the coming months.

As we recounted this week, the accusations leveled against Kennedy by the faculty members range from the inscrutable to the absurd — like an indictment read at a show trial.

The “case” against Salsbury in Gunnison is similarly trumped up and nonsensical. Following what some disaffected faculty claim are prior inappropriate statements, Salsbury had the effrontery to liken the Jan. 6 riot at the U.S. Capitol in Washington to the actions of some of last year’s racial justice protesters. Can you imagine!

In a public statement emailed to faculty and others a day after the incident at the Capitol, Salsbury wrote:

“Over the last year, rioting, burning, looting and violence have emerged from protests across our country — resulting in seemingly endless confrontations, destruction of entire cities, properties, serious injuries, the public’s overall sense of security and deaths … Most of us have watched these events unfold with a mixture of confusion, fear, disgust, anger or sorrow. Many have openly questioned whether this is America any longer. The violence yesterday that interrupted the traditional, peaceful transfer of power punctuated these feelings.”

Somehow, that statement prompted a majority of the school’s small faculty to call for the president’s ouster. Sure, you could spend hours parsing that statement for passages that could offend anyone — and come up empty-handed. But why bother? As with any statement, those who are determined to take offense will do so. And faculty members did.

Typical was an email sent to fellow faculty and the administration by Western drama professor Steven Cole Hughes shortly after Salsbury’s email, as reported by the Gunnison Times: “Let us not conflate the violent domestic terrorism and insurrection of yesterday with the peaceful Black Lives Matter protests earlier this year. And let us not condemn those who would resort to violence without also condemning the instigator of that violence — Donald Trump.”

Except, Salsbury wasn’t comparing the violent actions of Jan. 6 to the many peaceful participants in the protests of last year. He was comparing the Capitol riot to the violence that also accompanied last year’s protests. And it was widespread even though it was the work of only a minority of political opportunists who had sought to exploit the other marchers and demonstrators. Hughes could have corroborated the effects of that violence with a visit to downtown Denver last summer. Whole blocks were shattered and boarded up.

More likely, what griped Hughes was that he supported one cause and not the other, as evidenced by his second sentence.

Another faculty member quoted in the Gunnison newspaper was more up front about her double standard. Recreation and outdoor education Professor Brooke Moran wrote in an email obtained by the Times that there was a “vast difference” between Black Lives Matter protests and the Capitol riots because the actions last year were the result of “discrimination and unjust violence” against people of color. The Capitol violence, the professor asserted, reflected the acts of “uninformed, violent (mostly) angry white men.” And there you have it.

What is so noteworthy about such faculty tantrums isn’t their lack of intellectual rigor but their sheer intolerance. It is reassuring that Western’s board declined to dismiss its president over his perfectly reasonable appeal to keep protests peaceful. It’s disturbing, and also ironic, that society’s supposed sentinels of free expression are seeking his head for speaking his mind.