EDITORIAL: Finally, Colorado is on the road to somewhere, better, with state transportation consensus 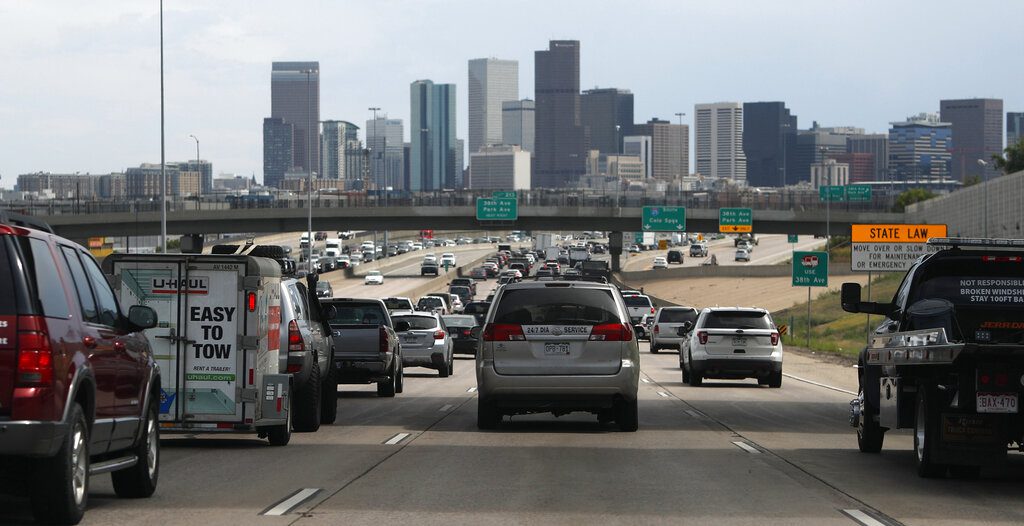 Colorado House Speaker Alec Garnett last week most accurately summed up a reason for optimism about finding a way out of the state’s enduring and aching transportation morass: “It doesn’t have to be this way.”

That was the consistent and plain message Garnett and a parade of other officials delivered to reporters when unveiling a long-awaited and complicated answer to Colorado’s roads and transportation crisis.

The solution is Senate Bill 260, according to Garnett, Gov. Jared Polis and a virtual army of mayors, business groups and legislators from across the state. They say the package of modest, new or increased fees and gas taxes will allow the state to leverage other state and federal money to amass a $5.3 billion transportation war chest.

The fund will pay for seriously overdue repairs, construction and improved roads all over the state. Enthusiastic proponents say it will not only bring new lanes to alleviate excruciating congestion but also prod or lure people into something other than their gas-powered car to go — usually alone — everywhere.

Like the smattering of Republican officials, bevy of business lobbyists and sea of Democratic lawmakers agree, SB 260 is a solid, responsible, fair and workable way out of Colorado’s dire transportation dilemma.

For years, Colorado lawmakers could all agree that the state has lacked adequate cash to keep up with maintaining the state’s vast network of roads and bridges, in a state where weather brutalizes them. There has been even less money for road development to serve the virtual flood of new residents, especially in the state’s urban corridors.

For years, Republicans have insisted that state lawmakers rob also deficient funding for education or carve into Medicaid spending, trading health care for the poor for a smoother ride from Denver to Colorado Springs. The shortsighted and unrealistic demands have gone nowhere, and for good reason. The notion is nothing but political hype for the talk-radio set and not a way to address one of the state’s most important problems.

Hamstrung by the punitive so-called Taxpayer Bill of Rights, lawmakers have been unable to raise needed taxes to build roads, and voters have even been unwilling to pass building plans that didn’t even call for tax increases.

Meanwhile Colorado roads have been crumbling and filling up.

For the past couple of years, a group of Colorado lawmakers have methodically built consensus around an evolving plan that makes modest fee requests from commuters and delivers the maximum funding power.

Rather than promise specific fixes or additions, it funds the existing system of transportation planning for each of the state’s regions and passes much of the money to local cities and counties to fund what’s deemed priorities in each community.

The only major addition to the state transportation plan would be $2.5 million in seed money for a long-touted Front Range rail service, possibly from Fort Collins to Colorado Springs or Pueblo.

Every constituency can find shortcomings, The Sentinel included. We would prefer to see the plan include or be amended to include more targeted money for mass transportation in the metro area. We agree with most transportation experts who say that the metroplex can not build its way out of traffic gridlock.

Wisely, this plan doesn’t prevent critically needed improvements to RTD bus and rail systems and new forms of mass transit. It would become a local and regional issue with potential funding for new solutions.

Likewise, the gas and diesel taxes consider every type of commuter as equal. There is no mechanism to charge commercial users, such as over-the-road trucks and other heavy transport, additional fees or larger increases for diesel. While every vehicle takes up space on the roads, requiring more roads, lawmakers should consider a way to more equitably charge commercial ventures for profiting off of state roads, instead of using them to get to work, school or the store.

All of those things, however, would only bring improvements to a proposal that is comprehensive, fair, affordable and critically needed.

We agree.  State lawmakers and Polis should enact SB 260.