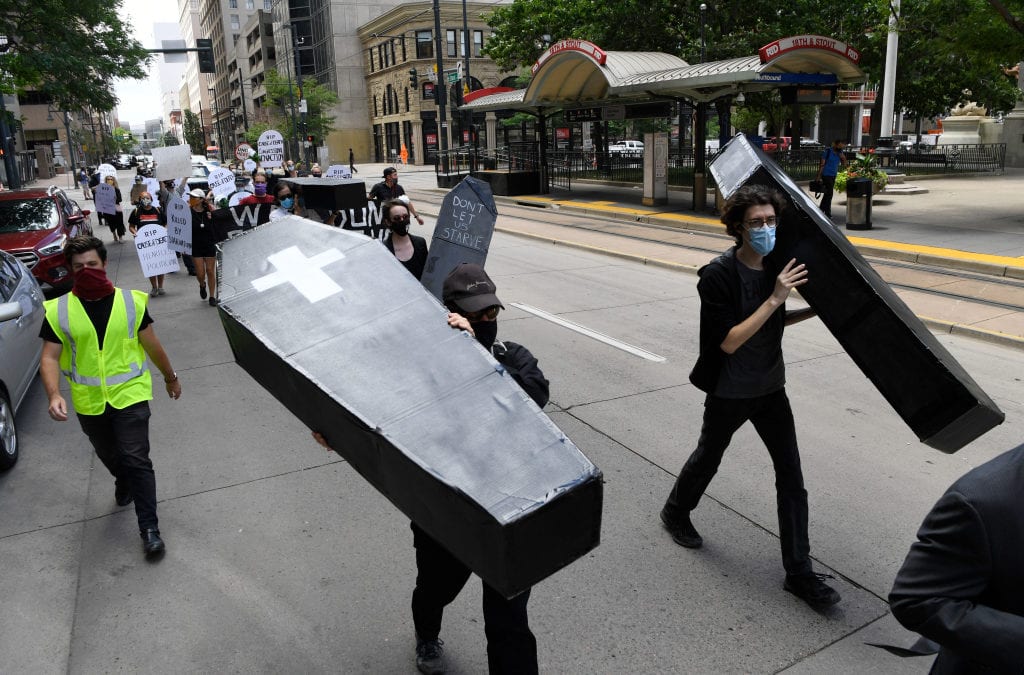 Unemployment payments are no trifling inconvenience for the state to deal with when it gets the time and the money.

In fact, employers in Colorado are required to pay unemployment insurance to cover periods of lost wages — with premiums ranging dramatically based on each company’s risk of unemployment — precisely because Colorado lawmakers have declared that “economic insecurity due to unemployment is a serious menace to the health, morals and welfare of the people.”

Coloradans drawing on unemployment insurance now are not “living off the state” as some would have you believe, but are actually drawing upon a carefully implemented insurance policy for just such hard times.

And that is why it’s infuriating that Colorado’s unemployment system has failed so spectacularly during this crisis. The system in Colorado for filing for unemployment is unnecessarily complicated and getting questions answered by a real-live person working for the Colorado Department of Labor and Employment can take days, and sometimes weeks, even with the implementation last month of a new $680,000 virtual agent. Before that system was implemented, about 8,000 calls every day were going unanswered.

The department is facing an unprecedented surge in applicants. In a single week in March, more than 100,000 new claims were filed for unemployment. And while the number of new claimants has dropped significantly — to15,235 the week beginning Aug. 2 — that number is still double what the department was dealing with before the pandemic brought the state’s economy to a grinding halt.

The department was forced to quickly figure out a way to implement new federal rules regarding eligibility while administering a second application system for the state’s gig workers and providing a new $600 stipend.

There is also an incredible amount of fraud taking place as people try to file fake claims through the system providing federal benefits to self-employed and contractor workers. The Denver Post’s Aldo Svaldi reported that between 30% and 50% of claims to the Pandemic Unemployment Assistance Program are rejected because they are bogus.

However, Coloradans need unemployment benefits more than ever. Waiting a week to get paid unemployment can be devastating for a household. Without unemployment payments, many families will struggle to make rent or mortgage payments to pay gas, electric and water bills, and to keep nutritious food on the table.

The Department of Labor and Employment must figure out a way to be more responsive to questions from the public as current efforts aren’t adequate – the department needs to staff its call center to an adequate level to meet the current demand.

Long term, the entire online system for filing needs to be revisited. It is cumbersome and confusing and Coloradans deserve better in their time of need.

In Colorado, mortgage delinquencies are ticking up, Svaldi also reported this month. Serious delinquencies – those where payers are 90 days or more behind – increased from .4% in May 2019 to .6% in May 2020. While about 5% of mortgage payers are more than 30 days late, this is up from 1.5% this time last year.

That increase has occurred despite the fact that about 3.7 million homeowners across the nation have been granted relief from the banks for their mortgage payments for up to a year.

Coloradans are hurting and the state needs to make sure they can quickly access the money owed to them by the state’s unemployment insurance program. The current system is failing.