EDITORIAL: Colorado Springs leaders should get us working again 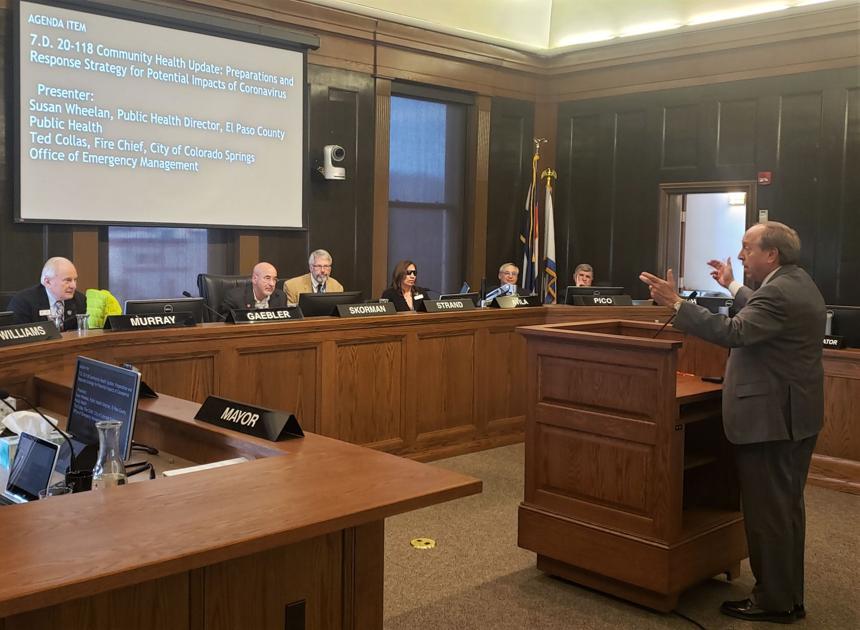 Local officials should commandeer control from state government and safely reopen the region’s economy, which the state largely closed for the COVID-19 pandemic.

Going forward, we should routinely hear from Colorado Springs Mayor John Suthers, members of the City Council, county commissioners, Sheriff Bill Elder, and other elected officials throughout the Pikes Peak region. Let us know when to get on with our lives and how to do so with an approach that maximizes safety for all.

We cannot wait on a one-size-fits-all plan to end this economic catastrophe.

In a conversation Saturday with The Gazette’s editorial board, Gov. Jared Polis supported local officials creating unique reopening plans that are more aggressive than state guidelines.

“It is up to local authorities,” Polis said. “Mesa and Eagle counties have chosen to go in a direction of opening earlier, which we completely support… If El Paso wants to, if there’s a better control over the trajectory of cases in El Paso County and the state isn’t ready to open restaurants at some point and El Paso wants to do it in some safe way there’s a procedure to do that. We encourage it.”

People are increasingly questioning whether crashing the economy was the right thing to do. Suicides are up. Businesses are ruined along with the lives of those who built them. People have suffered from postponing so-called elective medical procedures, such as joint replacements and cancer treatments.

“You know, a guy who has a lung mass who needs a bronchoscopy or a biopsy to know what that is, that’s an elective procedure. Gosh, that’s something you don’t want to delay very long,” said Dr. Steve Cobb, Denver Metro Group Vice President and Physician Executive at Centura Health, as quoted by Colorado Public Radio.

A tech CEO crunched COVID-19 numbers with engineers and reported in The Wall Street Journal Sunday that they could find no evidence the lockdowns saved lives in most states that enacted them.

Two California physicians went viral on social media last weekend with a video questioning why the need for so much financial ruin. They calculated the odds of dying from COVID-19 in California at 0.03%.

It does, says the chorus of the mainstream national press. CNN Anchor Jake Tapper interrogated Polis Sunday about re-opening Colorado’s economy so soon. Tapper pointed out that Denver Mayor Michael Hancock isn’t going along with it.

“We have a very big, diverse state,” Polis said. “Denver, 2,500 cases, that’s like 5% of their population… We also have counties in our state with zero, like Bent County. We have counties with a very low rate, like Mesa County. One of the very first counties that was hit hard, Eagle County … it’s been one of the first to emerge from the stay-at-home phase through a request by their health community, their hospital, their commissioners.”

Tapper asked Polis if his reopening plan could “cost your constituents their lives.”

“What matters a lot more than the date that the stay-at-home ends is what we do going forward and how we have an ongoing, sustainable way — psychologically, economically, and from a health perspective — to have the social distancing we need at workplaces, where people recreate, and across the board. If we can’t succeed at doing that in an ongoing basis the stay-at-home was for nothing. It doesn’t accomplish anything if it’s not replaceable with practices that are sustainable for the weeks and months that lie ahead of us.”

He’s right. We cannot continue on a path of economic, psychological, and physical-health destruction in a futile effort to dodge an invisible virus.

Community leaders have the trust of the people who elected them. They should take charge. Coordinate with the governor and get people working again with policies, practices, and procedures we can live with and sustain.