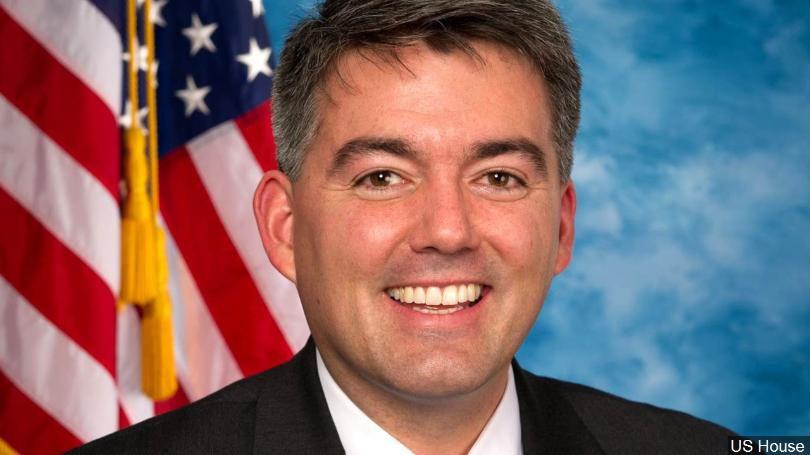 Sen. Cory Gardner stood with Gov. Jared Polis in the White House last week and put President Donald Trump on the spot. He wanted a decision on Space Command and its future in Colorado.

“I turned to the president and said, ‘If you want, while the governor is here, you can tell us the permanent home of Space Command is Colorado Springs.’ The president smiled and said, ‘We should talk about that,’ just as he walked into the Oval Office,” Gardner said.

Two days later, Air Force Secretary Barbara Barrett told Gardner that Space Command will remain in Colorado for at least the next six years. The decision almost guarantees it will remain permanently in the Springs, as no one can defend a scenario in which taxpayers fund six more years of investment into the new combat command only to start over somewhere else.

Because of Gardner, more than anyone else, Colorado will reap the economic and cultural rewards of hosting Space Command and Space Force for years — and likely generations — to come. Gardner has relentlessly advocated for Colorado with the president and multiple Pentagon officials.

No one should be surprised at Gardner’s ability to deliver Space Command. He has consistently won major victories for Colorado.

For that reason, The Gazette wholeheartedly endorses Gardner for another term — an easy decision given the senator’s above-average performance and ability to negotiate and legislate on Colorado’s behalf.

The high level of Gardner’s leadership is not a matter of perception or opinion. It is a quantitative and observable matter of fact.

Over the past six years, nine major bills Gardner sponsored were passed and signed into law. To put that into perspective, consider that Colorado’s other eight members of Congress combined have not led passage of that many bills during Gardner’s first term.

Given his record of bipartisan victories, it is no wonder the nonpartisan Center for Effective Lawmaking — an initiative of Virginia and Vanderbilt universities — ranks Gardner the 12th-most effective Republican senator in Congress.

GovTrak ran the numbers and ranked Gardner as the second-highest bipartisan bill sponsor in the Senate. Gardner co-sponsored a bill with U.S. Rep. Diana DeGette, D-Colo., to protect Olympic athletes from sexual abuse — one of 50 bipartisan bills he co-sponsored in 2019.

Other notable accomplishments include:

• Securing more than $450 million for Colorado infrastructure projects, including widening “The Gap” on I-25

• Moving the Bureau of Land Management’s headquarters to Grand Junction

Gardner distinguished himself as one of two members of Congress who sounded alarms about COVID-19 as the World Health Organization and the Centers for Disease Control told Americans they had little to worry about. Gardner, who did not trust the Chinese government, said the disease posed a major threat to the United States. He demanded a subcommittee hearing in January to prove it. The senator requested billions in coronavirus funding before most Americans were aware of the disease.

Throughout the pandemic, Gardner has fought like an apolitical foot soldier, working side by side with Polis and other Democrats, to ensure Colorado’s access to ventilators and other critical supplies. His close relationship with Taiwanese President Tsai Ing-wen, whom he hosted in Colorado recently, netted 2 million masks when health care workers needed them most.

Sen. Gardner has invested six years into strengthening our national defense and making Colorado a better place to live for everyone. His tangible accomplishments speak for themselves, making him Colorado’s leading asset in Washington. For voters, this should be an easy decision. Another term for Gardner means another six years of progress for our country and our state.