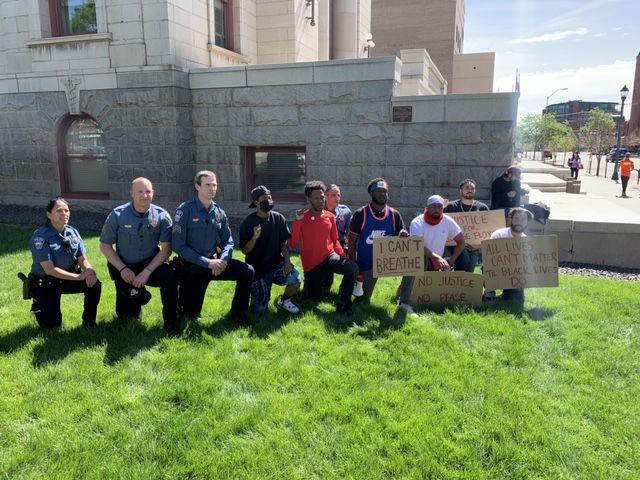 Social media critics of cops say De’Von Bailey would live today if the Colorado Legislature had long ago passed Senate Bill 217, titled the Enhance Law Enforcement Integrity act. The Colorado Senate passed the bill by a 32-1 vote Tuesday, with only one Republican voting against it.

Law enforcement critics assume any bill mandating integrity among officers would have preserved Bailey’s life. Colorado Springs police shot the 19-year-old armed-robbery suspect when he ran and appeared to reach for a gun in August. Bailey was black and the officers were white, raising questions about racial bias in the decision to shoot.

Democratic legislators introduced SB 217 in reaction to a movement to reform, defund, and/or eliminate law enforcement in the wake of George Floyd’s apparent murder by suffocation under the knee of a Minneapolis cop.

As amended, the bill effectively reaffirms the actions of police in the Bailey shooting and other controversial killings involving local police in recent years.

After seeing something so horrible as the apparent murder in Minneapolis, politicians and the general public are right to demand the highest standards of conduct among the people we pay to protect and serve. We must never forget Floyd. God help us when it happens again. We must forbid the actions of bad cops while protecting the actions of those who act with good faith, integrity and respect for life.

The integrity bill would require law officers to wear body cameras — such as those long worn by Colorado Springs cops and El Paso County sheriff’s deputies. The Gazette editorial board has advocated body cams for years, as they protect the interests of suspects and law enforcement alike. More often than not, this footage vindicates cops who are wrongly accused of misconduct. Fortunately, the cameras also help the justice system hold officers accountable when they abuse their authority.

The bill requires officers to keep the cameras rolling, with few exceptions. It requires authorities to make footage available to the public within 14 days, though it grants a 30-day release window if an earlier release would “substantially interfere with or jeopardize an active or ongoing investigation.”

The bill eliminates officer’s authority to use the “chokehold” against a suspect. Colorado Springs Mayor John Suthers said the city was moving toward forbidding chokeholds, with or without a statewide integrity bill.

SB 217 eliminates qualified immunity as a defense for officers charged with violating civil rights protected for a suspect by the Colorado Constitution. The judicial doctrine of qualified immunity has traditionally protected officers from personal financial liability. Though the bill allows a court to hold an officer personally liable, it requires law enforcement agencies to indemnify officers against judgments or settlements unless “the peace officer’s employer determines the officer did not act upon a good faith and reasonable belief that the action was lawful.”

Unlike the seemingly indefensible killing of Floyd, the vast majority of lethal arrests result from decisions made in the heat of the moment when officers have a split second to save their lives or those of others in the community. Under better circumstances, Bailey would remain alive. Our community would not suffer the loss of a young person with unlimited potential.

A grand jury found the Bailey shooting occurred when officers had reason to believe the suspect would pull his gun and shoot them. They feared Bailey might harm someone else, as he ran toward a park. Under the integrity bill, officers would retain authority to use lethal force in a similar circumstance.

From SB 217: “The bill allows a peace officer or detention facility guard to use deadly physical force only when necessary to effect an arrest or prevent escape from custody when the person is using a deadly weapon or likely to imminently cause danger to life or serious bodily injury.”

Integrity is essential among the armed men and women entrusted to uphold the peace, protecting property and lives. Had any one of four officers involved in the Minneapolis arrest acted with integrity, Floyd would probably live today.

Most officers throughout Colorado and the rest of the country act with integrity by choice. Colorado’s integrity bill won’t affect them.

“There is nothing in there for good law enforcement to worry about,” said Republican Sen. John Cook, who served for 12 years as the Weld County sheriff and voted for the amended bill.

This bill is bad news for bad cops. For good cops, people with integrity, nothing much will change.