EDITORIAL: Colorado Democrats have failed to solve the housing dilemma 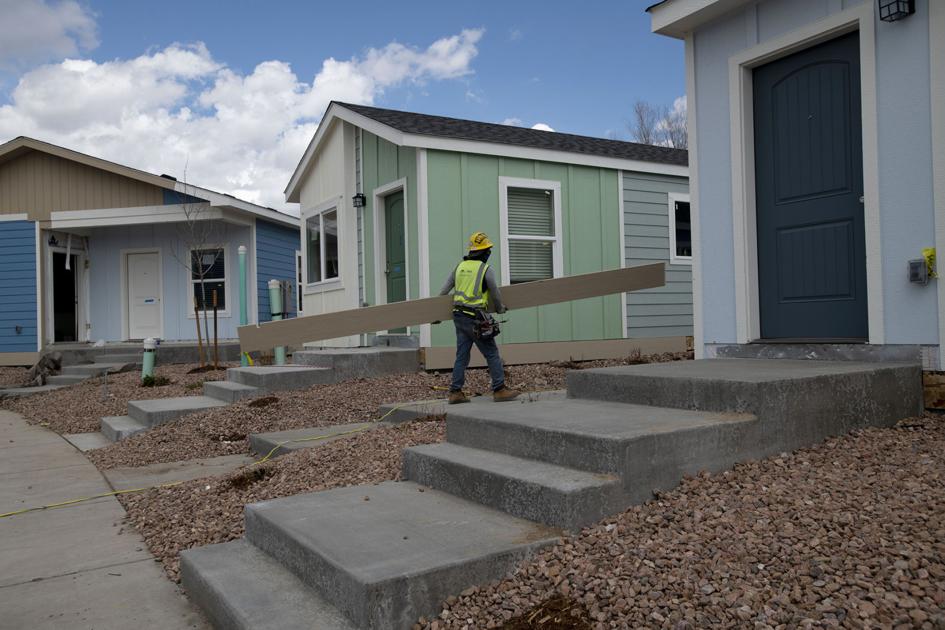 Colorado’s Democratic establishment, which controls the Legislature and 100% of statewide offices, has an enormous and growing problem it continues to neglect. The party that wants to solve some of life’s complex challenges — think “income inequality,” racism, and the medically uninsured — has watched the fundamental need for housing become a joke among average young people.

Democrats have controlled Colorado’s executive branch for nearly 15 years straight, including the Legislature, through much of that era, and available housing has only become more scarce.

We hear almost nothing about this crisis from a Legislature that is clearly more concerned with stopping the sale of guns, obstructing the production of natural gas, and subsidizing the wealthy to buy expensive luxury battery cars deceitfully marketed as “zero-emission” vehicles.

Imagine a worker needing a car, new or used. The consumer arrives at a nearby car dealer and gets swarmed by sales associates. Ten sales people follow her around, each eager to make the sale. Problem is, the lot contains only three cars. None are in the buyer’s price range.

This is exactly what it looks like when most prospective buyers seek homes in Colorado. Incredibly, the state contains more Realtors than homes for sale, and it’s not even close.

Colorado homeowners endure routine calls from Realtors, brokers, banks and investors urging them to sell. Those enticed by these solicitations stand to make good returns but have a hard time finding any type of replacement home near their communities, schools, friends and work.

This might explain why a Monument homeowner this week put a modest old modular house — ordinarily a perfect “starter home” — on the market for $650,000. A smaller home around the corner recently sold for more than $500,000 in a neighborhood characterized by outdated mixed development, cars on blocks, and no neighborhood covenants to uphold aesthetic standards.

Colorado Springs Mayor John Suthers and other civic leaders decry the housing shortage as a looming problem for attracting employers, who need to know their employees have roofs over their heads at night. Along the Front Range, from north of Colorado Springs to south of Trinidad, buyers have about 2,000 homes to choose from. That’s 2,000 available-for-sale units in a region most of Colorado’s nearly 6 million residents call home. Nearly all sales lead to bidding wars.

Of course, this shortage takes its greatest toll on ethnic minorities because deficient incomes and poverty continue posing a disproportionate burden to their communities.

One worries about people who need homes, but don’t overlook a good chunk of Colorado’s 22,000 Realtors who probably wonder how they will pay their mortgages and bills. Real estate sellers don’t make money unless they sell homes.

To understand the speed at which this problem gets worse, consider the Front Range had 10,000 homes on the market a year ago in March. Most Front Range cities have seen a one-year decline in real estate inventory of about 80%.

“Last year we were lamenting about how we didn’t have the inventory and couldn’t think it could possibly get lower, but it certainly did,” said Kelly Moye, a spokesperson with the Colorado Association of Realtors, as quoted by Fox 31 Denver.

This is not normal. In a healthy free market, homebuilders and those who invest in them would see this as an unprecedented opportunity to profit by fulfilling demand. While builders are working fast and furious, it is not enough.

Pandemic stimulus checks, federal safety regulations, on-the-job injury liability, schools no longer offering shop courses, and other factors have led to a worsening labor shortage in the construction sector. We’re in the middle of a pandemic-related shortage of lumber and other construction materials.

Adding to that, Colorado keeps on its books a construction defects law that makes the speculative building of entry-level homes — such as condominiums, townhouses, and row developments — a financial risk so great most opt against it. The law has long been a gift to predatory trial lawyers, who cannot find meaningful work, by Democratic politicians who know them as a crucial constituency that donates to campaigns.

Adding to these anti-housing forces is Colorado’s penchant for using environmental concerns to obstruct nearly every effort to build what people need to live. Just ask anyone who has tried to develop housing too close to common field mice (the variety that jumps) or colonies of prairie dogs. Given the druthers of radical environmental activists, humans would never mildly inconvenience vermin even to establish shelter for a low-income family struggling to survive. It’s classic NIMBYism by the entitled “I-got-mine” crowd but disguised as care and compassion for a greater cause. Just stop, for the love of humanity.

This is a regulatory dilemma in a state one political party regulates. If that party’s politicians hope to retain power through elections of the future, they must solve this problem.

The Legislature must take a hard break from its feigned witch hunt for racism and its crusade against energy just long enough to care about people who want and need places to live. If the left can’t solve it, Colorado faces a dire future socially, culturally and economically.