EDITORIAL: Can we save all lives in Colorado regardless of expense? 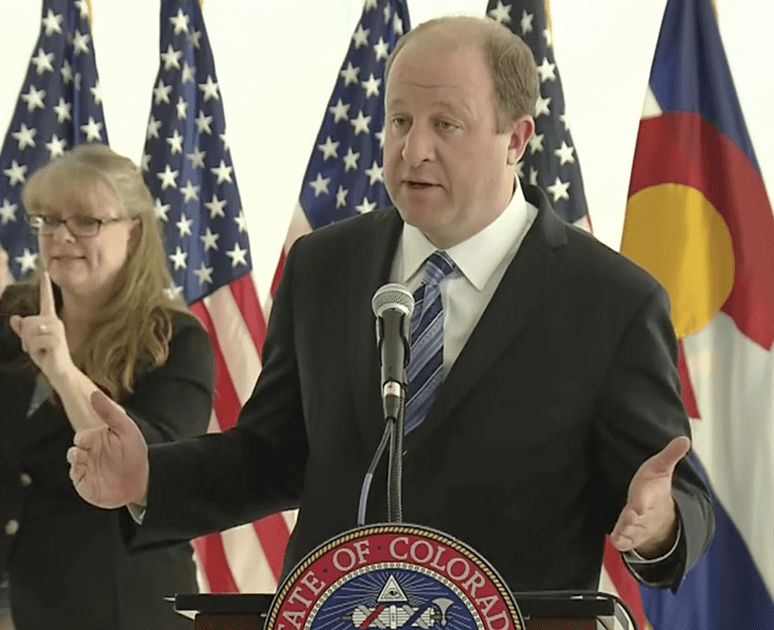 A growing list of governors will open economies soon, knowing their actions might cost lives in the war on COVID-19. Welcome to society’s risk-reward dilemma.

“If any state, or any country, were to wait until we could keep everybody safe, we would have to be closed forever,” said Colorado Gov. Jared Polis, announcing plans for a phased-in reopening starting Sunday.

His comment refutes the state’s coronavirus incident commander, who said the economy would stay closed until Polis could “make everyone safe.” As in, spare no expense to save every life possible.

• Prohibit nonessential exposure to the sun. The lifetime odds of any individual dying of cancer are 1-in-7. Exposure to solar radiation is the fourth leading cause of the disease. If everyone stayed home with the exception of “critical” errands, we could greatly reduce the risk and the burden it causes society.

• Always forbid activities deemed “nonessential.” This would significantly reduce each individual’s 1-in-28 lifetime risk of dying in an accident, often in the course of routine activities involving the fault of others.

• Zone away stairs. This would substantially protect each American from the 1-in-122 lifetime chance of death by falling.

• Undo the right to own guns. A bullet can blindly strike any American almost anywhere at any time, just as a virus could enter that same person’s nose. An individual’s lifetime odds of getting assaulted by a gun are 1-in-315.

Nothing compares directly to a virus, but all deadly threats raise the need for risk assessment.

We’re learning more about the risks of COVID-19. A recent study by the Imperial College of London in the Lancet Infectious Diseases journal found a 20-something infected has a 1% chance of serious symptoms. Of that small group, an estimated 0.031% will die. The risk of serious symptoms rises to 8% for those infected in their 50s. It climbs to 19% for those stricken in their 80s and older. Among the most vulnerable Americans who contract the disease and suffer serious symptoms, the death rate goes up to 7.8%.

Accounting for cases including those with mild symptoms, Imperial researchers estimate a death rate of 0.66% among those who contract the virus. The Centers for Disease Control estimates 90% who die from COVID-19 also suffer from serious co-conditions that exacerbate the dangers of multiple other illnesses and common activities.

The most recent modeling predictions from the University of Washington predict COVID-19 will culminate in 60,000 U.S. deaths during what could be a one-season event.

No one should downplay this human carnage, but we must maintain perspective. The Centers for Disease Control estimates U.S. flu deaths — for which we have vaccines — at 12,000 to 61,000 annually since 2010. Catching the standard flu means six months of immunity. Though the jury is out, researchers believe a mild case of coronavirus could establish up to 60 years of immunity.

We should strive to soon determine, using data and science, whether economic shutdowns might cost more lives than they save.

The economy’s partial closure had cost Americans 17 million jobs as of mid-April. The Bureau of Labor Statistics reports the share of newly unemployed in their prime working years of 25 to 54 rose at a rate unseen since the Great Depression.

The federal government can print unlimited cash, but its value rests on the economy’s production. A glut of new capital chasing a dearth of goods and services in the midst and aftermath of a near-economic standstill will erode the value of assistance checks.

We cannot quantify the lives potentially saved by the shutdowns. We know for certain these measures mean sudden poverty for millions of paycheck-to-paycheck workers and small-business owners. The New York Times cites analysts who fear 75% of independent restaurants won’t recover.

An old but timeless study by the Yale School of Medicine’s Department of Epidemiology and Public Health in 2002 directly links high unemployment rates in highly developed countries to high mortality rates.

A Swedish study attests to a similar cause-and-effect of unemployment and premature death. Based on the calculations of a Taiwanese study, a 5% unemployment spike in the United States could increase suicide deaths by 16,500.

The Columbia researchers claim the “low education” byproduct of poverty causes more deaths than heart attacks. The shutdowns put 55 million American children out of brick-and-mortar schools. Expect negative effects, particularly among children from low-income homes who depend on schools for nutrition, emotional support and social structure.

To make “everyone safe” — to save every life possible at any cost — we are swatting a deadly bug with a demolition mallet. We might destroy ourselves with unfathomable, deadly, long-term economic harm. We can only hope our leaders got this right.