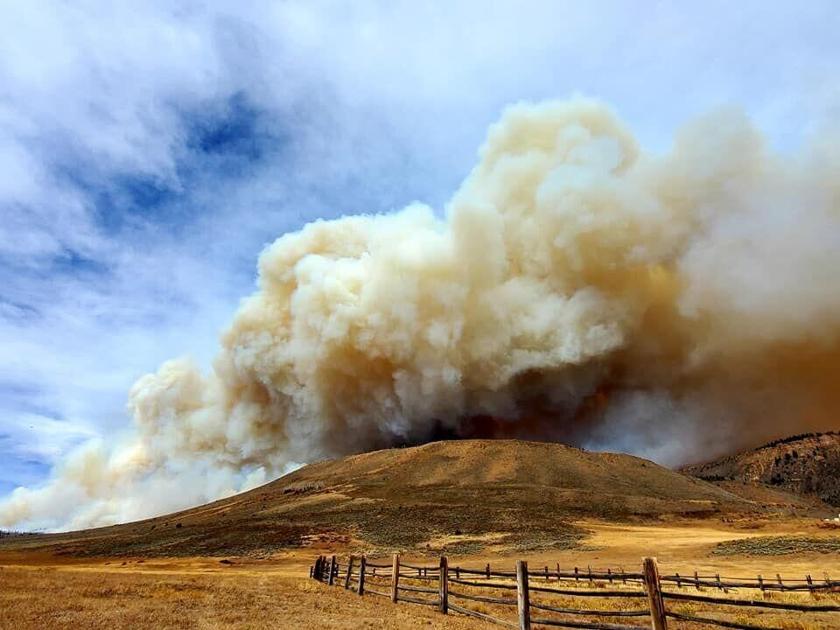 On the morning of Oct. 21, 2020, the fire was still about 20 miles (32 kilometers) away from the vacation spot on the western edge of Rocky Mountain National Park. The perimeter had crept east at a predictable pace for days. In the worst case, Mayer imagined it would lose momentum against Lake Granby, a large reservoir in the area.

Then the winds picked up.

“You had your expectations,” he said. “Then, when you saw it coming, it got scary.”

Mayer would soon witness a blow-up, a moment when a fire expands with dangerous force and ferocity. His sense of surprise wasn’t unique, either. The rapid growth of the East Troublesome Fire shocked firefighters and scientists, redefining how quickly Colorado wildfires can grow in an era of rapid climate change.

Only now are scientists beginning to understand the forces behind the firestorm. Their insights could help inform a new set of tools to prevent and predict the most severe wildfires, but their overall assessment is bleak.

As Colorado warms and dries, expect more events like the East Troublesome.

The fire started to shift about a week after first being reported north of Kremmling. As wind gusts hit 60 miles per hour, the mushroom cloud above laid out across the county, smothering Grand Lake in a blanket of thick smoke.

The change was critical. Embers rocketed ahead of the fire line, a behavior known as spotting. Mayer saw it play out himself around 8:50 p.m. After hearing radio reports of the blaze working its way up Highway 34 toward Grand Lake, he saw “what looked like a small meteor” land in a field on the western edge of town.

Within about half a minute, Mayer said the fire lit treetops and started to run toward Columbine Lakes, a subdivision west of town. He issued an urgent warning to firefighters.

“We need to get everybody out of Columbine! They’re gonna get flanked from this fire burning in!”

The blaze sprinted through parts of the neighborhood, narrowly missing Grand Lake itself. As the evening wore on, it would jump the Continental Divide in Rocky Mountain National Park despite the lack of fuels above the tree line.

When the sun rose on Oct. 22, hundreds of structures had burned and one couple was dead after refusing to evacuate. The fire would incinerate 193,812 acres according to the U.S. Forest Service, making it the second-largest in Colorado history. For Mayer, the most remarkable statistic is how quickly the fire grew. In less than a day, the East Troublesome burned more than 120,000 acres, making it by far the most rapid-fire expansion in state history.