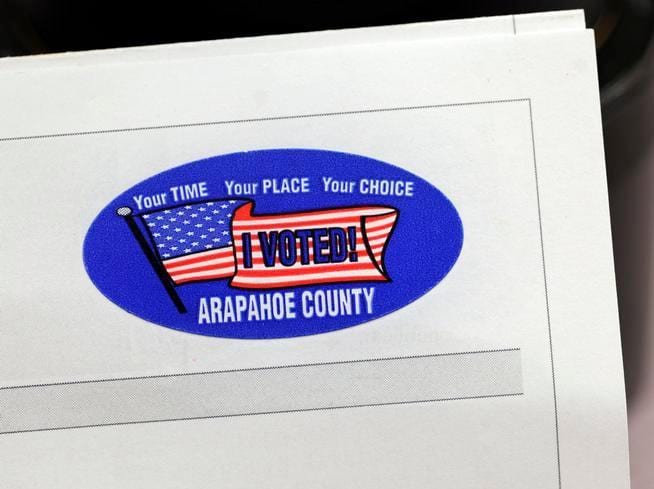 More than 300,000 Colorado voters had returned ballots for the Nov. 3 election as of 11:30 Wednesday night — a staggering display of enthusiasm in a state that sends all voters a ballot by mail.

When that latest figure was tabulated by the Secretary of State’s Office, Colorado was 20 days out from the election. Twenty days out from the 2016 election — when Colorado also had universal mail-in voting — just 12,141 people had cast ballots, a spokeswoman for Secretary of State Jena Griswold told The Denver Post. That’s a 2,377% increase in early turnout this year as compared with 2016.

Politicos in Colorado are floored by these numbers, which the Democratic political consultant Craig Hughes described as “bonkers.”

“This appears to be the beginning stage of what we expect to be incredibly high turnout for the November 3rd election,” wrote Ryan Winger of the Republican polling firm Magellan Strategies, based in Boulder County.

There is a clear enthusiasm gap between Republicans and Democrats in early voting, numbers from the Secretary of State’s Office indicate.

Of the 300,795 people who had voted as of late Wednesday, 46% were registered Democrats, which is notable because Democrats comprise just 30% of overall active, registered voters in Colorado, and they typically vote later than Republicans do.

Republicans comprise 27% of the state’s overall voter roll, but had returned only 19% of ballots received by late Wednesday.

“While there is no reason right now to suspect that Republican turnout will be depressed, with every day that goes by that this trend continues it will be worrisome for Republican candidates,” Winger wrote.

A 41% plurality of Colorado voters are unaffiliated, and they account for 33% of ballots returned so far.

“The turnout percentage for Unaffiliated voters is actually higher than that for Republicans right now, which compared to past cycles is very unusual,” Winger wrote. “It shows that 2018 was not an anomaly – Colorado’s Unaffiliated voters are engaging and showing up to vote and make their voice heard.”

Very few people have voted in person in Colorado, as most counties are not yet offering that option. Of the more than 300,000 ballots counted, just 275 were cast in person, the Secretary of State’s Office reported. All but 13 of those in-person voters are from El Paso or Denver counties.