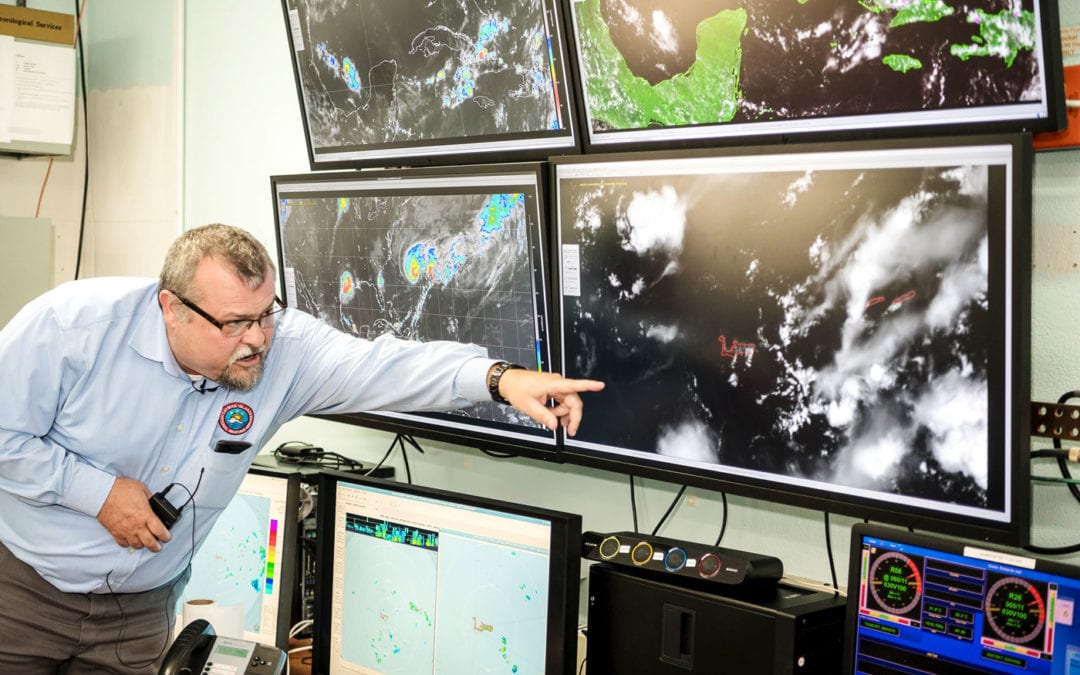 The CSU forecast also predicts 80 named storm days, up from the average of 59.4 days, during the 2020 season, which runs 1 June to 30 Nov. It places the probability of landfall of a major hurricane in the US at about 130% of the long-term average, based on hurricane season activity from 1981-2010.

A cool, neutral El Niño-Southern Oscillation or weak La Niña is forecast for the summer and fall.

While a cold far North Atlantic is typically associated with a cold tropical Atlantic, forecasters say that has not occurred.

The forecast does come with a caveat, however.

“Everyone should realize that it is impossible to precisely predict this season’s hurricane activity in early April,” the CSU forecast reads.

“We issue these forecasts to satisfy the curiosity of the general public and to bring attention to the hurricane problem. There is a general interest in knowing what the odds are for an active or inactive season.

“One must remember that our forecasts are based on the premise that those global oceanic and atmospheric conditions which preceded comparatively active or inactive hurricane seasons in the past provide meaningful information about similar trends in future seasons.”

Despite the eventful year so far that Cayman has already experienced, the Cayman Islands National Weather Service encouraged residents to remain vigilant about the coming season.

“And now, with everything going on and what we have been through this year, we must now turn our attention to the hurricane season. Please, be reminded that regardless of what has happened, it does not decrease the possibility of the Cayman Islands being impacted by hurricanes.”

“The second half of the season tends to produce very powerful hurricanes, some of which form in the western Caribbean,” the National Weather Service wrote.

“The three problems with these late-season storms forming in the western Caribbean include possible short warning times, erratic paths and potential of rapid intensification … As a result, residents should always be prepared for the impact of a major storm, especially in the latter part of the season.”

The first US National Hurricane Center forecast for the season will be released in May.

If you value our service, if you have turned to us in the past few days or weeks for verified, factual updates, if you have watched our live streaming of press conferences or sent an article to a friend… please consider a donation. Quality local journalism was at risk before the coronavirus crisis. It is now deeply threatened. Even a small amount can go a long way to sustaining our mission of informing the public. We need our readers’ financial support now more than ever.