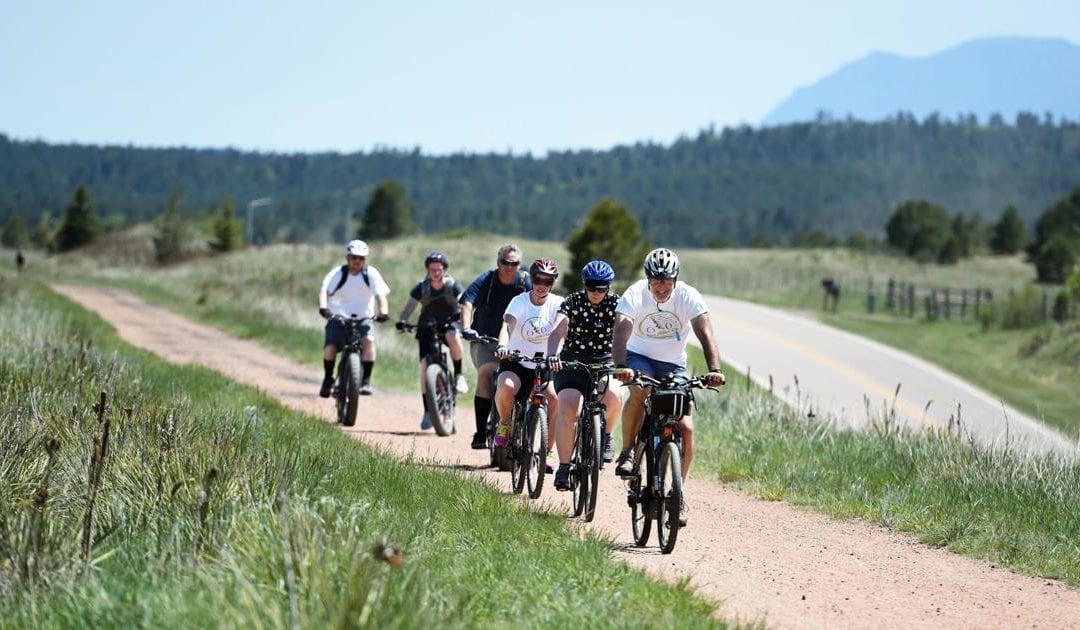 Electric-powered bikes will be allowed on all city of Colorado Springs-managed trails during a year-long analysis beginning May 31.

Officials announced the pilot program Friday, following a presentation to the city’s parks board.

Class 2 e-bikes, with no pedaling required to activate boosts up to 20 mph, will be allowed on urban paths as part of the pilot program. Also Friday, the city announced it would implement a 15 mph speed limit for all bikes on all trails during the year.

Measuring speeds of e-bikes and regular mountain bikes will be part of the year’s analysis, said Scott Abbott, the city’s parks, trails and open space manager.

This kind of data collection “is new to us,” Abbott added. “So it’ll kind of formulate itself as we go.”

As for the 15 mph speed limit, he said the goal is to educate before enforcement, with signs and staff along with volunteers expected to be posted at trailheads. He mentioned the parks department in the past coordinating with police to write citations for people with dogs off leash, another posted rule. “It could work itself to that point,” Abbott said.

The decisions come after the city launched a two-week survey in November, gauging community members on the emerging technology. Officials in January reportedly finished compiling data from that survey.

Charts recently provided to the parks board showed strong support for and against expanded e-bike access. Supporters aligned on being able to enjoy the outdoors as they did when they were younger and more able, while opponents expressed concern of increased conflicts and damage on trails.

“We really saw quite a bit of angst on both sides, but largely we had bigger turnout for people who wanted to see expanded e-bike access,” Abbott said. “What it really does for the community is, it includes people who may not have had the ability to go out before. It’s really that inclusion piece. So people have an opportunity to experience what a lot of our public already knows is there.”

The e-bike debate has spread across Colorado, especially since 2019, when a secretarial order encouraged the Bureau of Land Management to allow e-bikes on federal acreage.

In recent years, Jefferson and Boulder counties have been among Front Range communities to allow certain e-bikes on certain trails in their park systems. Earlier this month in Steamboat Springs, outcry led officials to rolling back an e-bike pilot program that was to include Emerald Mountain, considered the crown jewel of the town’s park system.

In Colorado Springs, e-bikes have increasingly been spotted across trails, despite regulations.

The cycling industry reports the charged-up wheels account for the fastest-growing sector of business.

Come back later for an update to this story.