Drug Possession Is No Longer a Felony in Colorado, Regardless of the Drug Type 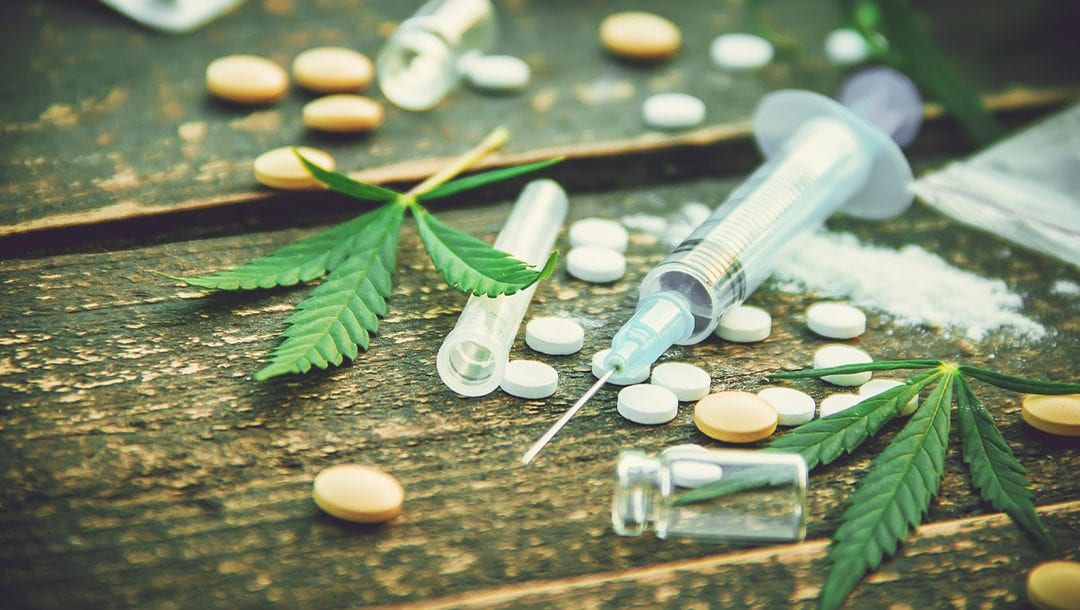 In Colorado, possession of small amounts of any drug — even Schedule I substances — will no longer be charged as a felony, which started on March 1. But there are some catches to this drug reform bill.

, the law that effectively defelonized drug possession in the Centennial State, was designed to encourage harm reduction; reduce law enforcement costs; and keep people out of prison for nonviolent, victimless crimes. This means so long as an adult is caught with a small amount of any drug — whether it’s cocaine, LSD, shrooms, ecstasy, ketamine, or even meth — the worst they’ll face is a misdemeanor charge. That will usually mean no prison time. But fines, short jail sentences, and probation are still on the table.

The first possession offense will catch someone a Level 1 or 2 misdemeanor charge in Colorado, depending on which drug they got caught with. Previously, someone in possession of a Schedule I drug such as would be charged with a Level 4 felony, which is pretty serious and could lead to a prison sentence. But under HB19-1263, getting caught with a drug like LSD will only lead to a Level 1 misdemeanor charge. Getting caught with other drugs considered less dangerous than Schedule I substances, like inhalants (huffing or “abusing toxic vapors”) are Level 2 misdemeanors. (The gross irony in this example is that people, unlike LSD, which has in humans.)

But before you hook up with your old high school buddy, buy a run-down RV together, and drive out into the country to start cooking some meth, keep in mind that misdemeanors are still crimes. And HB19-1263 only reduces penalties for possession. If you’re caught dealing or manufacturing drugs, you’re still in deep shit since those remain felonies.

Anyway, under HB19-1263, anyone caught with a Schedule I drug can still face up to 130 days in jail, two years of probation, and/or pay up to a maximum of $1,000 in fines. But they’ll no longer be required to perform community service, which was standard under the previous law. These punishments become more likely for offenses after the first, too.

Additionally, HB19-1263 defelonizes possession of large amounts of weed, as well. Previously, possessing over 12 ounces of marijuana flower or three ounces of was a Level 4 felony, in the same class as carrying a bag of cocaine. Now, possessing those same massive amounts of cannabis only catch Level 1 misdemeanor charges. Possessing more than six ounces of weed (but less than 12 ounces) or more than one ounce of concentrate (but less than three ounces) becomes a Level 2 misdemeanor.

So, even though weed is technically legal in Colorado and has been since 2014, holding too much mary jane is still a crime (is it really legal in that case?). If you’re an adult, keep those weights under the legal limits, and you’re fine under state law.

The bill also pushes harm reduction strategies by law. If anyone reports a medical emergency due to illicit drug use, that person becomes immune to prosecution, so long as they aren’t in possession of drugs over the bill’s stated weight limits. The idea with medical emergency immunity is that if someone is for reporting an overdose (especially their own overdose), then they won’t seek help, and the state will end up spending more resources on dealing with a dead resident.

Could defelonizing drugs be the first step toward actually decriminalizing them? It’s possible, and Colorado will now become one of the testing grounds for these new tolerant policies. But the Centennial State isn’t the first to defelonize: , followed by . And Oregon may beat Colorado and California to the next logical step, which is, in fact, .