Drive-in theaters in Colorado, beyond are seeing increased traffic with big-name concerts, events 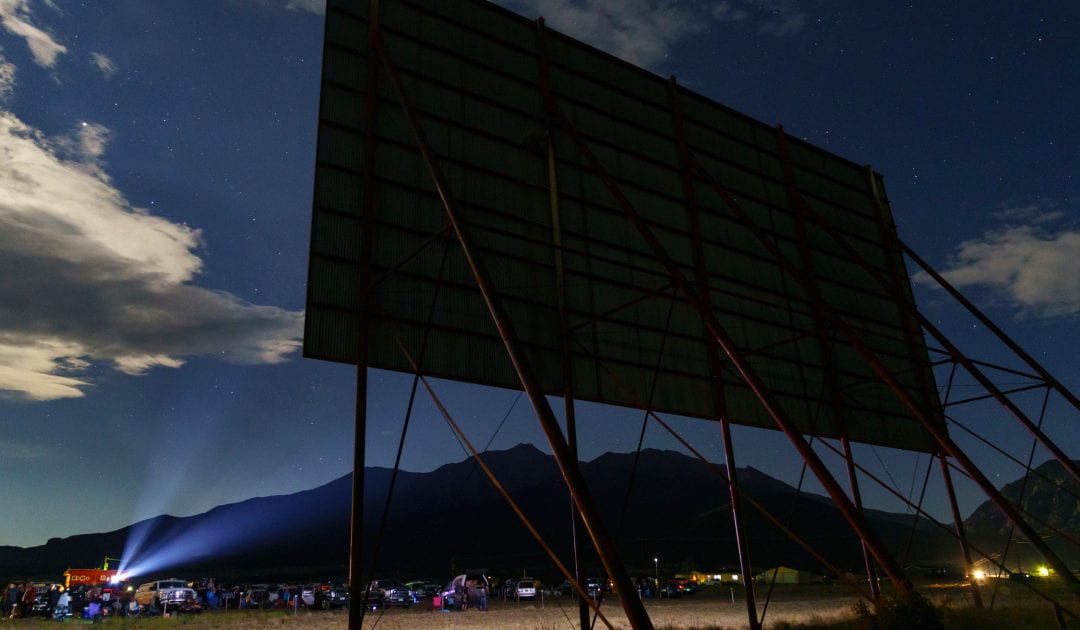 There were more than 4,000 drive-in theaters in the U.S. in the 1960s, a number that has dwindled to fewer than 370 in recent years as real estate values climb and Americans stream movies into their living rooms.

But the decline of drive-in theaters has been interrupted by the pandemic as remote venues host big-name concerts and socially distanced events.

“I think the most important part of staying afloat right now is us being able to switch our model to some degree from just being a movie theater,” said Stephanie Webb, whose late husband purchased the Holiday Twin Drive-In in Fort Collins in 1979.

The Holiday Twin has evolved into a community center during the pandemic. Webb has twice hosted the Fort Collins Symphony. A music festival took over her two-screen theater for a weekend. She is hosting parties, fundraisers and comedians as well as Encore Live concerts with Garth Brooks, Blake Shelton and, last weekend, Metallica. That’s on top of weekend movies. Just about every event and movie is selling out, with roughly 360 cars in the 720-car theater parking lot. (The venue’s variance with Larimer County calls for attendance to remain at half capacity.)

The Holiday Twin never really struggled as a movie theater. Her team routinely turns away a couple hundred cars every weekend during movie screenings. But as the flow of movies withered during the pandemic, the concerts and events are helping her grow her business into a more robust enterprise.

“This pandemic has brought new life to drive-in theaters,” said Webb, who on Friday was setting up a small stage for a 13-year-old guitarist set to play before the streamed Metallica concert on Saturday night. “If owners can reimagine themselves as more of an event center and not just a drive-in movie theater, they will have a chance at making it through this pandemic.”

“I keep hearing how drive-ins are booming. But not in Montrose,” said Pam Friend, whose parents built the Star Drive-In in Montrose in 1949.

Rural theaters rely heavily on locals. And locals apparently like new movies, not necessarily reruns of older or even classic movies. The first new movie released since the pandemic shutdown was the thriller “Unhinged,” which landed in American theaters on Aug. 21. But with the R rating, the movie wasn’t a hit for drive-ins that cater to families, Friend said.

“We were excited about ‘Unhinged,’ but it just didn’t do what everyone thought it was going to do,” Friend said.

But the big concerts are helping.

Garth Brooks’ June concert drew record-setting crowds to drive-ins across North America. Friend’s Star Drive-In can hold 300 cars but she is limited to half capacity per county rules to blunt the impact of COVID-19. She packed 150 cars into her parking lot for Garth Brooks.

“Then Blake Shelton came up and the bottom fell out and I thought ‘Wow what is going on?’ So it really depends on who is playing,” Friend said. “We will see how Metallica does. They are certainly not country and we will see how this area responds to hard rock.”

Friend hasn’t really seen the ups-and-downs of the drive-in movie business. Her family endured a small decline in business in the 1980s, when the VCR landed in living rooms. But ever since her parents opened the Star Drive-In, it has been kept alive by local residents.

“We’ve not really seen any slumps. Our community has supported us over the last 71 years. I guess we are a bit of an anomaly in the drive-in industry,” said Friend, whose theater ranks as the nation’s oldest drive-in still owned and operated by its founding family.

The challenge for drive-in theater owners over the past two decades has more to do with real estate than the movie business. Drive-ins require lots of space and in urban settings, space is valuable and maybe hosting weekend movies for half the year isn’t the most profitable use for that space.

“I think the struggle for most owners is realizing the property is worth more money than you can make in several seasons. It’s hard to turn down 10-times your annual income,” Webb said.

Walter Kinzie’s Encore Live has been hosting major events for years. They put on President Donald Trump’s inaugural ceremony in 2017. The Fort Worth, Texas-based company partnered with more than 300 drive-in theaters in the U.S. and Canada for a Garth Brooks concert on June 27. The event was the largest single event sale in Ticketmaster history, with an estimated 350,000 people watching the performance, which Brooks and his band pre-recorded just for drive-ins at a venue in Nashville.

Encore Live followed with a Blake Shelton concert and, last weekend, the Metallica show. Kinzie said more than 700,000 fans have seen his three drive-in concerts and the Saturday Metallica show ranks as the most-viewed concert in the 39-year-old band’s history.

He had more than 100 drive-in owners report their busiest-ever days after the Brooks concert and Kinzie is recording more big-name artists to keep the shows going. He’s also hired 3,000 workers to help owners who maybe are unprepared for the surge in traffic. Most of the cars attending the Encore Live concerts are loaded. The $115 tickets are per vehicle and allow for six occupants. Everyone must have their own seatbelt, the ticket’s fine print says.

“The Denver market in general is just killing it,” said Kinzie, who calls the drive-in concerts “curated content that is hyper specific to the time and hyper-specific to the way music is being consumed right now.”

Margaret Stalcup saw big crowds at her Tru Vu Drive-In in Delta this spring as pandemic regulations surrounding the shutdown loosened. But the crowds have thinned this summer. Stalcup suspects the lack of new movies is behind the dwindling interest.

The Garth Brooks concert was a good boost for the Tru Vu. Stalcup hosted 130 cars at that show, nearing the half-capacity limit for her 300-car drive-in. But only 40 people bought tickets for Blake Shelton.

“That was a big drop off but we are kind of in an area where $100-plus per vehicle is on the steep side. But I’m feeling confident for Metallica,” said Stalcup, who bought the Tru Vu and Delta’s Egyptian Theater from the previous owner’s family about a year ago.

Garth Brooks also sold out at the Comanche Drive-In, the Buena Vista outdoor theater opened in 1966 by John Groy’s parents. The Metallica show sold out, too, even after Groy upped the capacity to 140 cars from 130. (The drive-in, at the foot of the Sawatch Range, can hold as 250 vehicles.) He’s also hosted For King & Country, a Christian pop duo that filmed a movie at the Comanche. And the movies are starting to come back. He screened “The New Mutants” superhero movie last Friday, though it was not as busy as some of the old classics — like “Ghostbusters,” “Gremlins” and “The Empire Strikes Back” — he showed earlier this summer.

“We have had a venue this summer that is entirely different than anything we have ever seen before,” Groy said. “The concerts have definitely helped. And I think the pandemic has been good for our business as people seek out opportunities to get out and be safe.”

The surge in business has helped John and his wife, Barb, keep the Comanche afloat. A couple years ago they spent nearly $100,000 transitioning their drive-in to digital projection from film. This summer, as Buena Vista emerged as a tourist hotspot for outdoor recreation during the pandemic, the Groys scrambled to handle the increased traffic.

“It’s just the two of us and it’s been hard to keep track of the bookings and people and traffic,” Groy said. “We are pretty happy to see the summer winding down.”

The deal with Encore Live is similar to most arrangements between theater owners and movie producers: most of the box office receipts go to the distributor and the drive-in theaters keep the concession money. That works out well but Stalcup worries that big crowds might be deterring COVID-wary folks from standing in line to buy food and drinks from her grill.

But her primary concern is the lack of new movies. She was looking forward to Disney’s new live-action adaptation of its animated movie “Mulan,” which was set to hit theaters in March.

Disney delayed the release three times and earlier this month announced plans to release the film for $30 on its subscription-streaming Disney+ channel. The unusual release of “Mulan” means it can only be seen in theaters in countries that don’t get Disney+.

“That hurts us. We were looking forward to a big moneymaker with ‘Mulan’ and now we are not going to get anything,” Stalcup said.

The Encore Live concerts also helped Roy Patel at his Star Drive-In in Monte Vista, which is part of his Best Western Movie Manor hotel, where guests can watch the drive-in movies from their rooms.

He saw about 100 cars for Garth Brooks but only 10 cars for Blake Shelton. As of the middle of last week, Encore Live had reported about 35 ticket sales for Metallica at his drive-in.

But overall, business is down from last year, Patel said.

“It’s getting better, but we are running old movies. People like the old movies but it’s not the same as the new movies,” he said, reporting about five or six cars a day at his drive-in, which shows films every day. “Maybe it’s due to COVID, maybe it’s since we don’t have new movies. But this year is drastically different than last year.”

Kinzie is traveling across the country in an RV with his family and watching the concerts at rural drive-ins in Texas, Kansas, South Dakota and Montana. He grew up in a rural town in Kansas. He remembers seeing “Aladdin” at the local drive-in as a kid. His career of hosting major events in cities grated against his small-town roots.

“If you wanted to see big entertainment and my big productions, you had to drive to the big city,” he said. “I realized that was not helping small towns and that’s how I came up with this idea.”

Kinzie sees rural America enjoying a resurgence in the pandemic. His concerts are not just helping small businesses in rural outposts, but local residents as well, he said.

“This is something for people to put on the calendar and look forward to getting out in a safe way and create some joy and create some memories,” Kinzie said. “I would hope that in three years or a decade from now, that when we look back on COVID, I hope some people are able to say it wasn’t all bad.”

Other artists and producers have embraced the drive-in model as the live music industry collapses. Pollstar in late June reported that North American concert venue revenues were down 54% and ticket sales sales were down 56% for the first part of the year compared to the same period in 2019.

Live and streamed concerts at drive-ins are becoming more common, with dozens of bands and artists performing for fans in cars parked at small-town drive-ins.