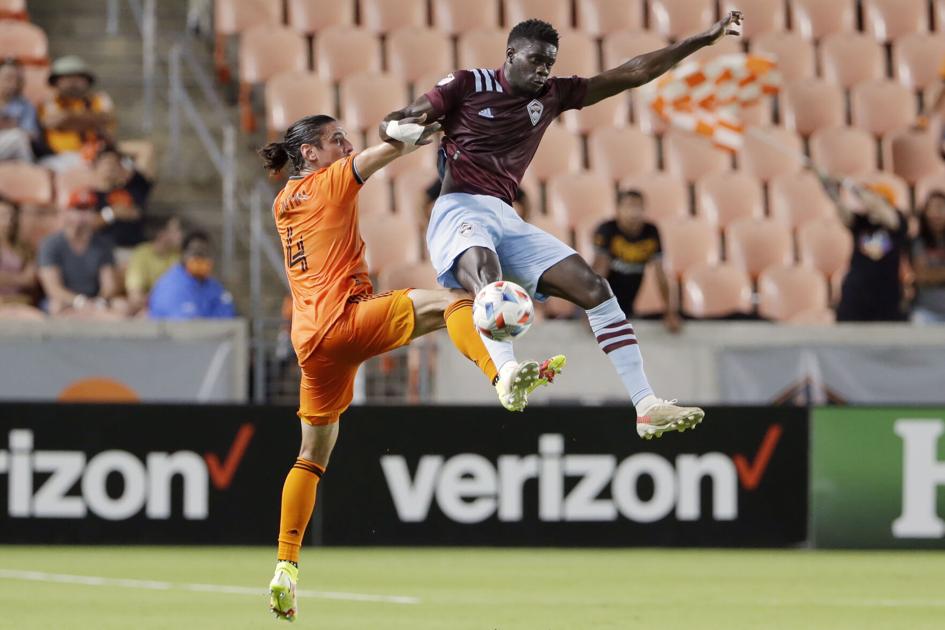 The first goal of Dominique Badji’s second stint with Colorado Rapids was a big one.

With the Rapids and Earthquakes locked in a scoreless draw in the final stages of Saturday’s match in San Jose, Calif., Badji got on the end of a pass from Nicolas Mezquida and beat the goalkeeper in the 89th minute for a 1-0 win, securing the Rapids’ fourth win in their last five matches. Badji rejoined the Rapids midseason after leaving the club in 2018.

“It’s not easy to come into a new team in the middle of the season, because there’s so many moving pieces that I don’t think a lot of people are aware of, but this locker room has made it very easy for me to come in and feel at home,” he said. “Luckily, I played with a lot of the guys here before or I know them from playing against them, so it didn’t really feel like a new place I’m coming into.”

Badji entered the match, replacing Michael Barrios, a minute before his goal.

“Our best attacks came from our attacking players getting behind and, you know, getting through balls. We have a lot of speed up top, and we can take advantage of that,” Badji said. “We were successful, we created chances. Ultimately, when I came in, that’s what the coaching staff said, get in behind. That’s exactly what happened, and I was able to capitalize.”

Colorado goalkeeper William Yarbrough made a save in the final moments to preserve the win and record his ninth clean sheet of the season.

The Rapids finished with 15 shots to San Jose’s 11. Colorado put five of its attempts on goal, while the Earthquakes finished with just two shots on target.

“I’m really proud of the performance again. It wasn’t perfect by any stretch, but this is a hard place to play,” Rapids coach Robin Fraser said.

“Sometimes you have to grind when you play against this team, and certainly tonight was one of those nights.”

The win gave Colorado the most points per game in Major League Soccer’s Western Conference at 1.95. The Rapids sit one point behind the Seattle Sounders but have played one fewer match.

Colorado hasn’t lost since the July 24 match at Real Salt Lake, a streak the Rapids will take into their next match Saturday when the Los Angeles Galaxy, currently in fourth place in the Western Conference, is scheduled to visit Dick’s Sporting Goods Park.