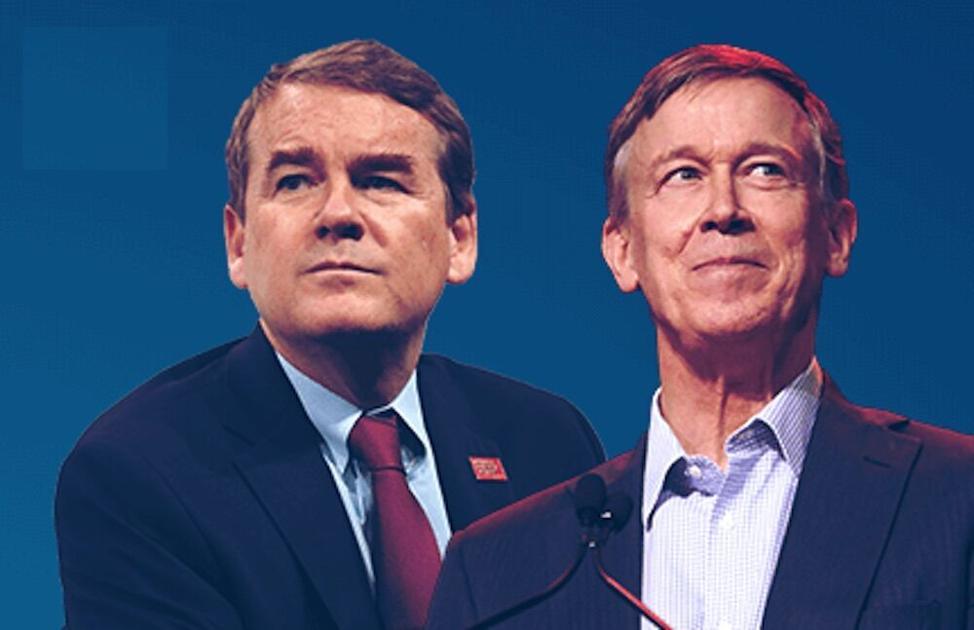 The Democratic National Committee is taking over the political pages of a leading Colorado media site all day Friday with a digital ad campaign promoting the state’s Democratic senators and their support for the massive pandemic relief package signed into law last month.

Readers of The Denver Post’s website should be seeing the ads thanking U.S. Sens. Michael Bennet and John Hickenlooper everywhere they scroll, a DNC spokesman told Colorado Politics. A version of the ad also appeared prominently in the newspaper’s Friday print edition.

It’s part of an aggressive campaign to promote the American Rescue Act, the $1.9 trillion bill passed without any Republican votes. Vice President Kamala Harris made a stop in Denver last month to tout the legislation’s aid for small businesses.

“There’s one thing Coloradoans need to know: Help is here,” said Jaime Harrison, the DNC chair, in a statement.

“The American Rescue Plan is a historic win for working families in Colorado, and it’s already delivering the relief folks desperately need. Thanks to President Biden and Senators Bennet and Hickenlooper, we are getting vaccines in arms and money in the pockets of families who need it — but this is just the beginning. Democrats will continue reminding everyone that Colorado Republicans opposed COVID-19 relief, and that Democrats are focused on delivering millions of additional shots and checks.”

The bill includes sending $1,400 checks to most Americans — 82% of Colorado’s adults, the DNC said — and other provisions that appear to be popular across partisan lines, according to polling.

Incorporating a proposal long championed by Bennet, the bill also expands the child tax credit and makes the payments ranging from $3,000 to $3,600 fully refundable, meaning virtually every eligible family will receive payments. It’s estimated the plan could cut childhood poverty in half, its backers say.

Republicans have blasted the legislation as wildly expensive, calling it a “liberal wish list” that only spends a small portion on pandemic-related programs like vaccinations.