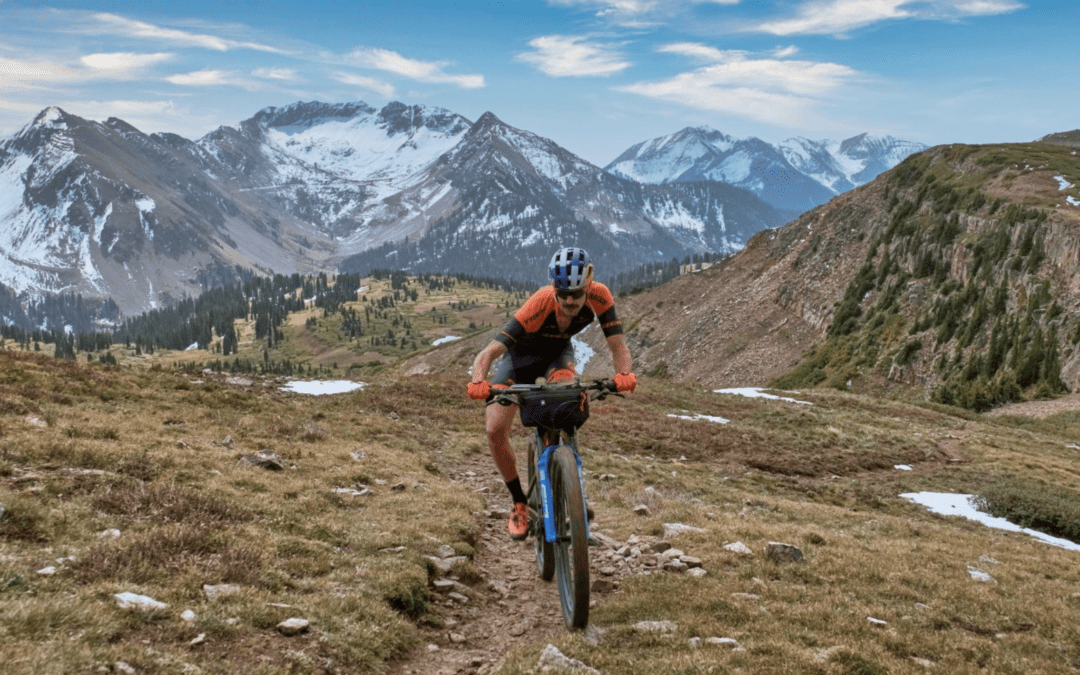 Pro MTB Racer Payson McElveen has won National titles, been crowned Singlespeed World Champ and proved himself with a victory in the punishing conditions of the Mid-South Gravel race…but before September he’d never contested a self-supported bikepacking record.

So he planned to go big on his first time out and knock down the record time on the 530-mile Colorado Trail from Durango to Denver. This long-standing gem in the crown of ultra-distance mountain bike racing has recently seen the records drop as riders challenged themselves to best the Fastest Known Time (FKT) on the trail.

This has been a year for solo efforts, and FKTs have proven a reliable yardstick for racers looking for a challenge, with new records set on the Kokopelli Trail, Grand Loop and Oregon Outback routes.

So with his typical racing schedule on hold in 2020, Durango resident McElveen had the time to work on beating the unsupported FKT of 3 days and 21 hours, and the local knowledge of the course needed to pull it off in his first attempt. To succeed, he just needed a crash course in the art of bikepacking. He’d be bringing everything he needed for days of fast-paced riding at high elevation, climbing more than 75,000’ across the 530 miles of the course. Luckily, he was able to tap the knowledge of the community of veteran bikepack-racers, who lent him generous guidance in preparing himself to face a challenge that tests physical and mental fitness as it punishes gear.

This was not Payson’s first go at a big ride. Just this summer as his calendar shifted, he kept on the gas with an all-singletrack Everesting (climbing 29k’ in a single ride) in May, followed by filming an epic 1-day, 100-mile loop in Crested Butte for an upcoming Matchstick Productions project.

With his fitness in a great place, he dialed in his bikepacking setup over a few weeks of prep and set out for his FKT attempt in late September, taking advantage of a favorable weather window between an early snowstorm and the rapid onset of winter in the high country.

However, despite generous guidance from many of bikepacking’s veterans, Payson would learn that there is no substitute for experience. In a ride that took him through a rollercoaster of discovery and despair, the rewards of his first bikepacking adventure ultimately left Payson excited to make another attempt and newly passionate about bikepacking.