Dick Wadhams: Colorado’s GOP must not be consumed by conspiracies and constriction 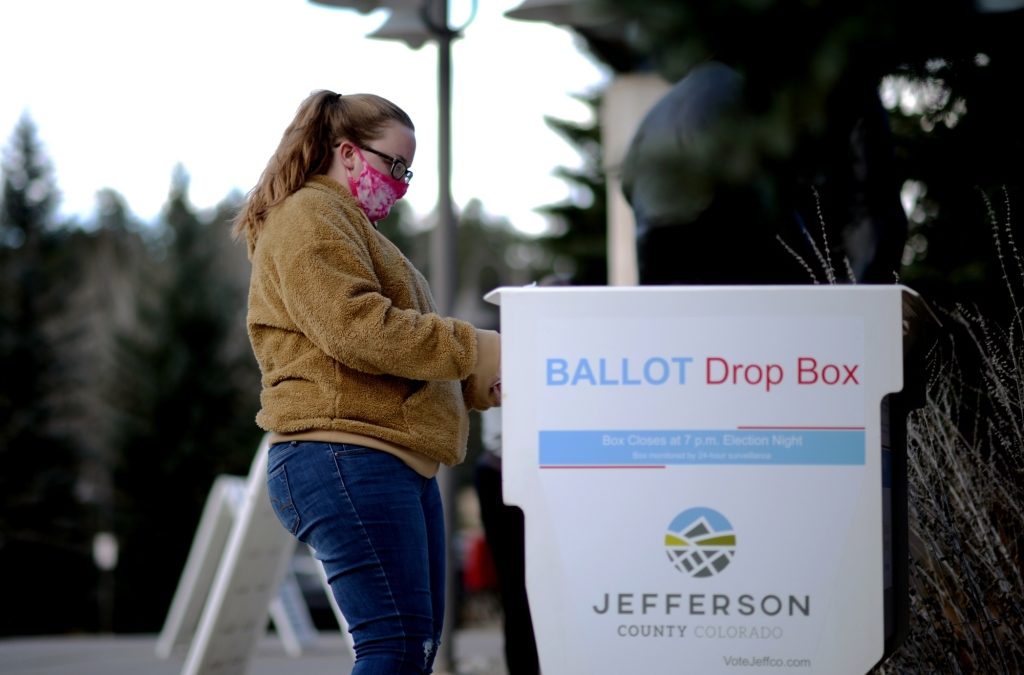 Despite the potential of Colorado Republican victories in 2022, a group of self-proclaimed “principled” Republican activists is hell-bent to mire the party in stolen election conspiracy theories and to alienate the 1.6 million unaffiliated voters who represent 43% of the electorate.

Which is a shame given that Democrats have left the political door wide open for Republican victories.

Befuddled President Joe Biden’s incompetence is catching up with him with tragic human disasters in Afghanistan and on the southern border. Inflation is rising due to unrestrained federal spending. Crime is spiking across the nation while Democratic congressional majorities, including U.S. Sens. Michael Bennet and John Hickenlooper, cower in fear of a lunatic left-wing that seeks to defund police and coddle criminals.

Here in Colorado, Gov. Jared Polis shamefully allowed our Colorado state Capitol to be vandalized night after night by rioters without any comment from him for days much less any effort to protect this historic building. Polis presided over the gross negligence of his health department that, according to an investigation from Colorado Public Radio, likely resulted in hundreds of preventable nursing home deaths from COVID-19. Meanwhile, the Department of Labor and Employment was a bureaucratic mess when tens of thousands of Coloradans needed to access their unemployment benefits due to COVID closures. Crime is rampant in metro Denver, and homeless encampments are taking over sidewalks and parks.

Republicans are virtually unanimous in supporting President Donald Trump’s consequential accomplishments such as historic tax cuts and deregulation that spurred massive economic growth; making more than 200 conservative judicial appointments — including three on the U.S. Supreme Court — that will impact the federal judiciary for decades; and finally getting control of illegal immigration on the southern border.

But Trump has squandered this record of achievement by refusing to accept defeat, by fanning the flames of stolen election conspiracy theories, and by his shameful behavior during the Jan. 6 attack on the United States Capitol.

Unfortunately, a large number of Republican activists across the state are more interested in refighting the 2020 presidential election they claim was stolen. They refuse to accept the fact former President Donald Trump lost not because of election fraud but because of his own actions and words that alienated many of the voters who voted for him in 2016.

Trump did increase his percentage of Hispanic and Black voters across the country but those numbers were more than offset by the hemorrhaging of voters in previously Republican suburbs including here in Colorado.

These Republican activists embrace the constantly shifting conspiracy theories that roll across the political horizon only to be discredited until the next one can be conjured up.

Many of them are convinced that the election was stolen from Trump here in Colorado despite the fact public polls showed his disapproval rating was in the high fifties and he lost the state by 14 points. And he was strongly disliked by hundreds of thousands of new voters, largely young and unaffiliated, who moved here over the past ten years.

Now the Colorado Republican State Central Committee will be voting on September 18 on whether or not to cancel the 2022 Republican Primary Election and give a few thousand activists the power to nominate Republican candidates at sparsely attended party caucuses and assemblies rather than in primary elections where hundreds of thousands vote for party nominees.

Constricting the ability of 1.6 million unaffiliated voters from voting in the Republican primary, not to mention 1 million Republicans who will not attend party caucuses, is not the way to build a campaign that can win a general election.

When then-Congressman Wayne Allard asked me to manage his campaign for the U.S. Senate in 1996, he made something very clear:

“I do not want to just be the Republican nominee. I want to be the next U.S. Senator from Colorado. Everything we do and say to win the primary must be done with an eye towards attracting the unaffiliated voters we’ll need to win the general election or the nomination is not worth having.”

Allard was the clear underdog for the Republican nomination against a respected attorney general. After he won that primary, Colorado Democrats dismissed the Loveland veterinarian as a sure loser to the powerful, wealthy lawyer-lobbyist from Denver’s 17th Street who would outspend Allard in the general election.

Contrary to what some of today’s conservative activists seem to think, it was not easy to win major statewide office even during that era. When Allard ran in 1996, Colorado Republicans had lost 11 of 14 elections for governor and senator between 1972 and 1994. Only U.S. Sen. Bill Armstrong in 1978 and 1984 and U.S. Sen. Hank Brown in 1990 won during that era.

But Allard ran on a mainstream Republican agenda to reduce the tax and regulatory burdens on families and small businesses, to balance the federal budget, and to return power to state and local government, an agenda that would attract, rather than repel, the very unaffiliated voters we needed to win. And we very aggressively contrasted the personal backgrounds of the two candidates, “The veterinarian versus the lobbyist.”

Two years later in 1998, state Treasurer Bill Owens adopted the Allard template and broke the Democratic streak of six consecutive wins for governor by also putting together an effective agenda to cut taxes, reform education and improve transportation. Owens won a tough primary against a respected state Senate president and he became the first Republican governor to be elected in 28 years. He remains the only Republican governor in the past 50 years.

Allard and Owens were reelected in 2002 but since then, Republicans have lost 9 of 10 elections for governor and senator, the only winner being U.S. Sen. Cory Gardner who unseated Democratic incumbent Mark Udall in 2014.  Gardner was unseated in 2020 in the anti-Trump landslide.

Several of those nine elections were very winnable but Republican candidates fell short by either running an undisciplined campaign that made politically fatal mistakes, or running a narrow ideological campaign that repelled unaffiliated voters, or failing to define a clear mainstream conservative agenda that could win a primary and a general election.

Not once during the collective 19 years that I worked for U.S. Sen. Bill Armstrong, U.S. Sen. Hank Brown, U.S. Sen. Wayne Allard, and Gov. Bill Owens did I hear one of them beat their chest as morally superior or declare themselves as “principled” while attacking other Republicans as unworthy if they disagreed on some issues.

They understood politics is the art of addition, not subtraction. They did not need to boast of being “principled.”  They showed it every day during their campaigns and in how they served their state and nation in office.

Conspiracy theories and constricting access to the nomination process are sure losers for Colorado Republicans in 2022.