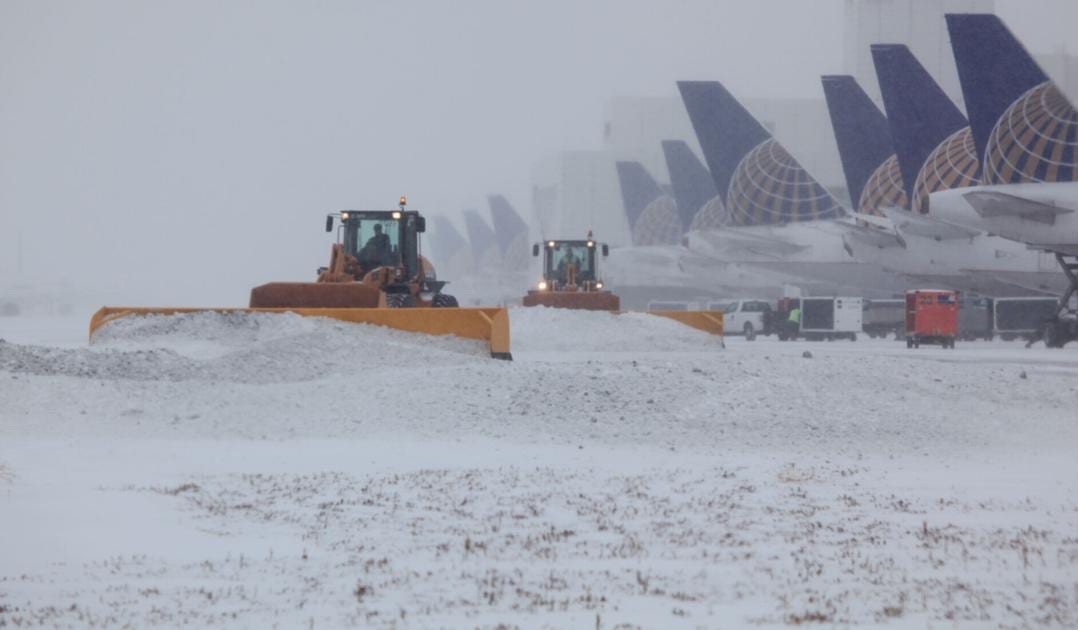 Denver International Airport closed all its runways Sunday as the area experiences heavy snowfall and nearly a foot of snow accumulation.

Just before noon, DIA announced it had closed all runways because of blowing snow and low visibility, though officials said the closures would have minimal impacts because of previously canceled flights.

As of 10 a.m. DIA said there was 11.1 inches of snow at the airport. The airport is the official recording station for the city.

The National Weather Service predicts between 15.5 and 27 inches of snow will accumulate at the airport before the storm ends.

In response to these conditions, 1,329 Sunday flights at DIA have been canceled as of noon, according to flightaware.com. In addition, 58 flights have been delayed.

DIA officials are urging travelers to check their flight status before heading to the airport.

“A good way to avoid being stuck overnight is to confirm your flight status before you head out to the airport and take advantage of any option to reschedule your flight if possible,” said Emily Williams, a spokeswoman for DIA.

For those whose flights are not canceled, DIA suggests allowing extra time to get to the airport, driving with extreme caution and considering using the RTD A-Line instead of driving to avoid the hazardous roads.

The airport has prepared supplies for the event that travelers get stranded at DIA because of the storm.

Airlines at DIA are operating a limited number of flights Sunday, with the majority of flights scheduled for the late afternoon and early evening. Frontier, Southwest and United Airlines are offering travel vouchers for this weekend.