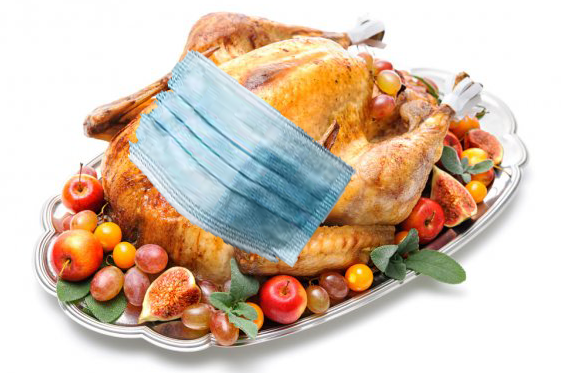 Denver Mayor Hancock has ordered residents to abide by confusing new COVID-19 rules and claims it might be too dangerous for families and friends to gather for Thanksgiving.

Only five people are now permitted to gather together, and there’s a mandate that masks be worn outdoors.

The only exceptions for not wearing a mask are if you are alone, with family, or participating in certain organized sports.

Enforcement will be difficult.

The new gathering rule applies to random circumstances set forth by Hancock and Bob McDonald, executive director of the city’s Public Health and Environment Department.

As the tried to explain:

Households with more than five members can gather together, but can’t invite any guests, McDonald said. Smaller households can gather with others, so long as the total doesn’t exceed five — for example, a family of four could meet with one friend, he said.

Again, regulation will be difficult.

Communists and socialists will have to help their neighbors learn how to spy and rat out the ones they never liked anyway to the government for reeducation.

The new mandates also apply to the workplace.

Some employees will be sent home again to work remotely, unless they work in a restaurants or classroom.

The new rules specifically say no staff meetings for groups larger than five, so that’s awesomely nonsensical and we briefly applaud this crazy town.

Technically, two groups of five could keep six feet of distance and talk without violating the order, but it’s better to wait a month to gather, because efforts to maintain distance in larger groups haven’t been effective, McDonald said.

The rules are only in place until maybe Nov. 16.

City officials used random statistics to claim the rules are necessary and no one in the media will challenge the city, because the standards for dealing with COVID-19 keep changing.

Here’s the so-called health risk in Denver that’s caused us to be exiled from friends, extended family, and work, and is forcing us to wear masks if we stand too close to strangers on the sidewalk:

Earlier this week, Hancock sounded the alarm over increasing COVID-19 infections, saying the city’s seven-day average case rate was at the same level as it was in May.

Obviously it’s not the same rate as May, but there was a significant one-day spike on Thursday. Still, hardly a scientific reason for Hancock to claim it might be too dangerous for families and friends to gather for Thanksgiving five weeks from now.

We do remember all those times liberals mocked conservatives and called them conspiracy theorists for claiming Democrats have declared war on Christmas.

It’s starting to look like a toss-up whether Hancock or Gov. Polis will be the first to pull out their Grinch costume and quarantine Santa.