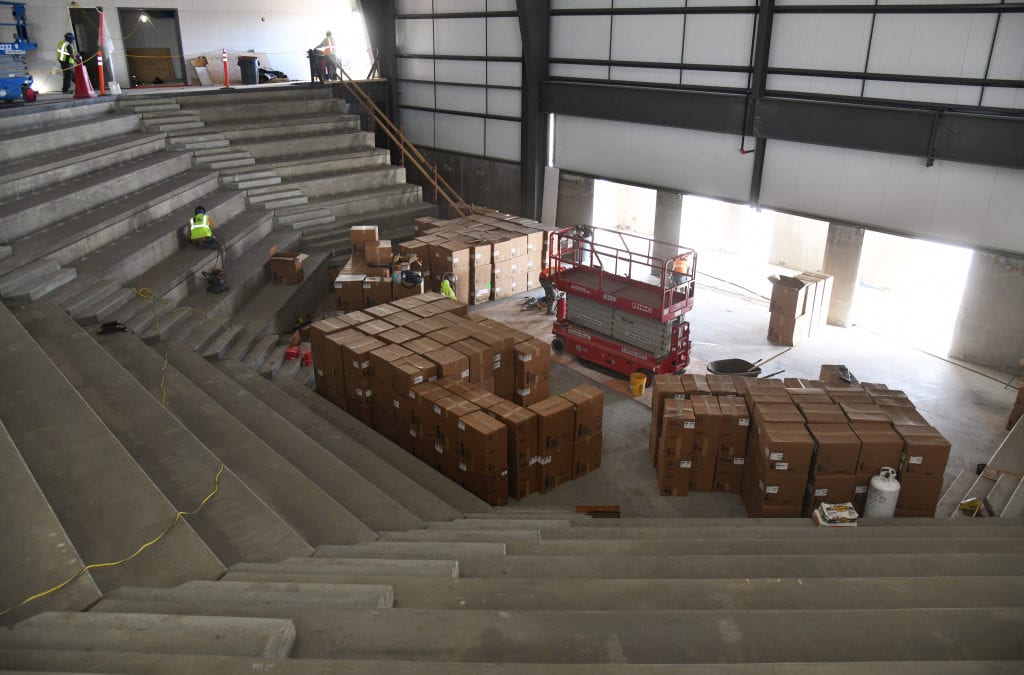 Denver must delay some of its plans to renovate and expand the National Western Center campus as it wades through the financial troubles brought on by the coronavirus pandemic.

City officials plan to use $274 million in bonds — yet to be approved by the City Council — for long-planned early-phase upgrades and expansions to the National Western Center and the Colorado Convention Center.

But later phases at the National Western Center including a new 10,000-seat arena, an exposition hall and a public market in the to-be-renovated 1909 Stadium Arena are on hold, Denver Chief Financial Officer Brendan Hanlon told The Denver Post.

City officials had planned for that later work, worth an estimated $528 million, to be paid for with a public-private partnership. In May, the city paused the idea, and on Tuesday, Hanlon said straightforwardly that the price tag is “just a bridge too far right now” for the general fund, because the city’s share likely would have been hundreds of millions of dollars in the coming years.

Denver, however, remains committed to the entire plan for the center that has been in the works for years, according to Hanlon and Tykus Holloway, executive director of the Mayor’s Office of the National Western Center. It’s just that city officials will need to decide in the coming months how best to fund the marquee work. Because funding wasn’t secure for those phases there was never a clear time line for completion, said Jenna Espinoza, spokeswoman for Holloway’s office.

That’s not to say some of the work on Phases 1 and 2 aren’t underway: a new Stockyard Events Center, new stockyards to the campus, new roads and infrastructure that’s needed to “set the table” for more work down the line. The first two phases are expected to be finished by the end of 2024, Holloway said, and are being funded by bonds that were approved by voters six years ago.

If passed by the city council, the additional $274 million in new bonds would provide an infusion of $10 billion into the local economy and create nearly 7,200 jobs in a variety of industries like construction, retail and food service, Department of Finance spokeswoman Julie Smith said. That would be on top of a $170 million bond issuance the council approved late last year for infrastructure and construction around town.

“Infrastructure investments work to recharge our local economy, as we know well from the Great Recession, and we will deploy these same tools here,” Mayor Michael Hancock said in a release.

Already, the pandemic has sharply cut into the convention center’s business and canceled the 2021 National Western Stock Show (though Holloway noted it gave construction workers time to make more progress). The stock show cancellation turned away an estimated 900 booths, 700,000 attendees and an estimated $120 million economic boon.

Holloway said it’s not yet clear whether the 2022 Stock Show will happen, but crews are preparing as though it will.

Meanwhile, the convention center had been turned into a temporary COVID-19 overflow site, though it was decommissioned as such last month having never served a patient.

Plans for the Colorado Convention Center include an 80,000-square-foot ballroom and a 50,000-square-foot outdoor terrace with mountain and downtown views built on top of the existing parking garage.

The Denver City Council is expected to consider the bond issuance request in committee later this month before passing it on to the entire group for a vote, Smith said.